A list of the best albums by English progressive rock band Porcupine Tree.
The Top Ten
1 Fear of a Blank Planet

SO tricky to choose a favourite but I do feel like the band were on absolute top form with this album - the atmosphere and production, the musicianship and memorable melodies, and despite the long track lengths it never feels overblown or pompous - it's a stunning achievement. I genuinely don't understand how this band never made it huge, I really don't.

Here the concept of the album is clearly visible, and today's youth can easily relate to the themes of the album. There are only six songs on this album but they are quite long and excellently arranged. Very good balance between heavy and soft parts. Deadwing is a joke compared to this or In Absentia. Actually I prefer any other PT album to Deadwing. Deadwing was a misstep, tough it was not as horrible as I just made it sound. =)

My first PT album and for that I am a bit biased, but every song on this album is phenomenal and has an emotion/atmosphere that puts you in the shoes of a teenager isolated from the rest of the world. Some parts make me cry, some make headbang and everything in between. Probably ranks as one of my favorite prog rock albums of all time as well. Flawless!

This record helped me recover from social anxiety. It's a magnificent record. Potent & poignant. Anesthetize is the best song in their discography and trumps others. FOABP self titled & Way Out of Here is also some of their best work. Rest of the songs are just really damn good.

No way would I put Fear of a Blank Planet at the top, so it's between this and Deadwing. Both are very close in quality in my mind, and Deadwing has a much better structure, and concept (and ASBNH is better than most In Absentia songs). But In Absentia as a whole is still extremely well constructed and has better songs on the whole, I would say there's 0-1 weak spots on this album. Also, the surreal, ambient, and creepy factor is definitely higher on In Absentia than Deadwing.

Far more sonically diverse than FOABP, and more subtly disturbing.
Heartattack in a Layby is the saddest song ever put on an album, and Trains is just incredible in every respect.

I call this album the embodiment of the modern intelligent music. This is a brilliant prog-rock album in all aspects - The lyrics is fascinating and you feel that every guitar riff is telling you a whole story except for being a part of a genius melody writing. -MASTERPIECE-

Possibly the greatest album of all time. The perfect mix of hard rock riffs with acoustic and piano led ballads. The only weak spot is a few parts of Wedding Nails, but the rest of this album is incredible

There are certainly some phenomenal songs across all of their albums, but as an album on the whole, Deadwing easily triumphs. I really hate the way they portray the protagonist of FOABP, The Incident as a whole is quite uneven, and so on with other criticisms. But only Deadwing flourishes in concept, even pace, and is just musically gorgeous.

So hard to pick a best one. Deadwing however is probably the most accessible album of their latter day career. It exhibits a whole range of styles and genres yet feels complete as any great album should. This album is never far away from my CD player and the songs are always there in my head.

Truly brilliant, this is the album that I fell in love with. Porcupine Tree carry off this generations love of progressive rock in true style here. Great theme wonderful songs and true musical genius. All PT is great, this is a perfect start for anyone wanting to jump in for the first time. Turn it UP!

Oohh such a hard decision, but Deadwing it is! Could've been Fear of a Blank Planet, Stupid Dream, In Absentia, Lightbulb Sun, Signify or Recordings on another day! Certainly no bad albums in the catalogue (that's including On the Sunday of Life, Metanoia, Transmission IV and Yellow Hedgerow Dreamscape).

Also there are some very sad songs on this album, particularly Feel so low. I'm fairly certain it's about his girlfriend that broke up with him and he put his emotions into song. Great album.

The period between psychedelic debut albums and prog metal later work is the best in my opinion. This album has no weak track, and some masterpieces like "Russia on Ice" or "Hatesong". Almost flawless album.

This is the album that got me into porcupine tree, followed closely by stupid dream. And WOW! Fantastic escapism through their music. It was like being a teenager again (I am not)..

Their best album for sure! One day I would like to see a reunion with Chris back on drums to play the album in its entirety.

I'm not a huge fan of a lot of the songs on this album, but to me this is (along with Lightbulb Sun) where they perfected their sound, without the overbearing metal influence of their later works or the unnecessary psychadelic tangents of earlier albums. The last few songs flow together in a near flawless masterpiece. The album manages to incorporate just enough of PT's psychedelically influenced roots while still producing memorable individual songs.

I know this might sound a little elitist and brass. But any true PT fan and Serious music lover would pick this album as number one.

Great album in many people's opinion their peak. At least listen to Dark Matter that song is amazing.

Great. Not for those who need 'melodic breaks, on their menu. 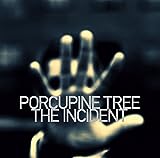 The Music on this album is breathtaking. I am not sure where to start but I would suggest you sit down for a session. It's a journey, and a good one. There is little polish on this, as, it has been been a perfect production recording, I am sure sure mixed by Steven Wilson. Am blimey are the standards high!. From magical sublime acoustic to full on heavy rifting, its got it all. Gavin Harrison on drums together with Steven Wilson producing (amongst other talents) seems to produce a unique liquid hearing experience.

I liked this album much more than most people. It has the flow of a classic concept album using Porcupine Tree's driving heaviness to put it all together. It sounds great as a whole and yet most of the songs still sound great on their own.

It's their last album its maybe not the best album but in my opinion top 3!

My personal favourite. It's not a copy of Pink Floyd, as some say, but it's definitely got some influence, which is no big deal. Still has originality and a wonderful sound.

Cool psychedelia. People label this as "carbon copy of pink floyd" I believe this is unnecessary, because its steven wilsons own thing. I actually bought this album for the soul reason that it would be a 90s floyd album, but what I ended up getting was something completely unique, even to porcupine trees other albums. This album is not one to disappoint.

I was blown away by the quality of this album. the title track is perfect and and the other tracks are noteworthy too. Since I'm a pink floyd fanatic I believe this is the closest you could possibly get to pink floyd.

I love the early psychedelic albums, this is probably my favourite even though (or because? ) it tries to be Pink Floyd's Wish You Were Here. 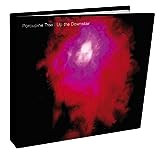 This album is one of their best, maybe where they began conscious of their strengths. 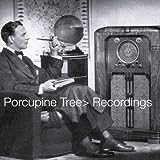 Their outtakes are superior to most bands main output! Even by Porcupine Tree's high standards these songs are stunning! 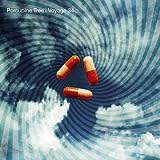 Come on! this is one of their best works! I'd put it at number 6, replacing the Incident, but I just don't like that one. I agree with the top 5

Great chill out record. Reminds me of pink Floyd in places, so one of my favourites.

12 On the Sunday of Life 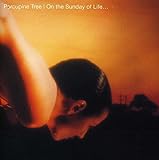 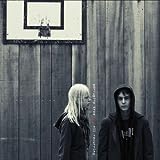 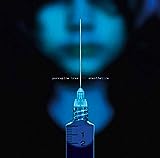 Probably the best live album of the last 30 years.
Awesome band in top form with brilliant array of songs. 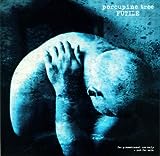 One of the finest 'space' live albums ever released on record (gives Hawkwind a run for their money)!

18 We Lost the Skyline 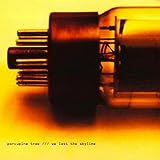 Another fantastic live album. Although the limited audio discs that came with the Anesthetize box set are much better, this is in no way less than brilliant! 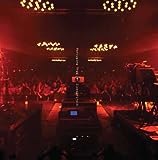 An extremely limited and highly sought after release, that has a near flawless track-list. Perhaps shadowed by Anesthetize.

This is moonloops full song which is like 40 minutes but I like the regular version better cause its not as boring. makes me want to fall asleep but not bad

Contains a single song 'moonloop'. That is, the full un-editted version of moonloop in all it's spacey ambient glory!