Sepultura is a Brazilian metal band from Belo Horizonte, formed in 1984. The band was a major force in the death metal, thrash metal and ultimately groove metal realms during the late 1980s and early 1990s, with their later experiments melding nu metal, hardcore punk, industrial music and extreme metal.

They have released eleven studio albums. Their most successful records are Arise (1991), Chaos A.D. (1993), and Roots (1996). They have sold over 3 million units in the USA and almost 20 million worldwide. 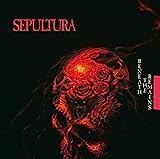 Raw and fast while also displaying stellar musicianship. Schizophrenia and Morbid Visions may be faster, but they lack the same musicianship that Beneath has, while Arise lacks the ferocity, speed, and aggression of Beneath the Remains.

All killer, no filler, unlike Arise, Chaos AD, and Roots. The riffs and drumming in particular stand out on this album. The lyrics serve as a bold statement of individualism and a critique of a hypocritical society.

While Arise is very good, if we're being honest, Beneath the Remains is head-and-shoulders above Arise. Check out Slaves of Pain from this. A real hidden gem. Not to dis Arise at all. I think Schizophrenia and Arise are pretty well-matched, but Beneath is one of the best thrash albums ever.

This is the definitive Sepultura album for me. It's up there with Slayers Reign in Blood and is a defining moment at the end of the'80s metal scene. 1989 was a class year for metal - so many great records released - this topped them all.

Simply Epic, dark sound and power drums. It was the album which made me discover Sepultura, and I'd say is the best by far... Inner Self, Stronger than hate and Slaves of pain are the best samples of the gold age of this band. 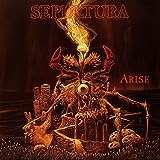 A great album and a classic in its own right, but definitely not Sepultura's best work. It is not as raw or fast as Beneath the Remains or Schizophrenia, yet it's not as original as Chaos AD or Roots (albeit better than the latter).

Arise is a brutal death-thrash record with elements of groove thrown in. In my opinion, these groove elements are what bring the album down. Whereas the groove is what drives the songs on Chaos AD, on Arise, it slows down the momentum the songs have. Beneath the Remains is superior precisely because it doesn't have as many of these moments.

This album does have some outstanding tracks, including, obviously, Arise, Dead Embryonic Cells, and Desperate Cry, but I also like Under Siege (Regnum Irae) for its originality, and Infected Voice, because it is faster. The ...more

I love every song on here. Great instrumentals and good vocals.

Every song on the album is worth listening to.

The masterpiece.. Ashes to ashes, dust to dust.. 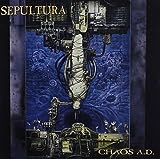 A critical transition between the death-thrash of Arise and the tribal nu-metal of Roots. The best way to describe this album would be tribal thrash mixed with tribal groove.

The album is heavily front-loaded, but this is forgivable because Chaos AD is more about the concept of sticking it to the man than the music itself. That said, I thoroughly enjoy it, even more so than Arise, just because Arise feels a bit redundant in places.

This would be my third-favorite Sepultura album, behind Schizophrenia (second) and Beneath the Remains, Sepultura's magnum opus.

Arise, Beneath and Chaos (Roots too) are all awesome but the dramatic shift to a full sound and slower tempo on Chaos A.D. brings it out on top for me. by the way, Sepultura's live recordings are unbelievable! Whether I'm driving or at home, I'm this close to a one-man mosh pit...

Being a thrash and groove metal album (different from their earlier releases that had death metal) is my favorite Sepultura album, it has a really good sound and also awesome songs: "Territory", "Refuse/Resist", "Slave New World", "Manifest"...

Just getting into the tribal sound but still holding onto the thrash as well. Creative but still heavy. No filler, excellent and outstanding tracks. 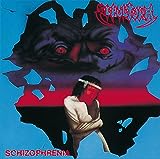 Inquisition Symphony is worth the price of admission, by itself. Add the crunchiest thrash guitar work of all time in Septic Schizo, and the tantalizing rhythm throughout the record, Schizophrenia is the quintessential Sepultura album.

This is their best album. Wish the sound quality/production didn't sound so awful because the compositions and riffs are the best Sepultura have ever done.

More raw than Beneath the Remains; blends death metal and thrash metal to great effect. My second favorite album by them.

Best Sepultura Album. Beneath the remains is a close second though but Schizophrenia has the best riffs. 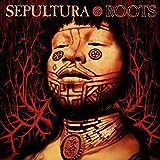 Roots! Bloody Roots! Heavy as all get out with punishing riffs and Max's voice killing it. I will say I didn't appreciate the album when it first came out but over time I very much admire it.

A controversial album, but one that I thoroughly enjoy. Although many claim they sold out on this record, there are no sappy ballads; the songs are heavy as ****, the only difference being that the style is firmly entrenched in groove and nu metal, and the lyrics continued the more political/personal overtones of Chaos AD.

I'm actually glad Sepultura decided to innovate, as I feel like BTR/Arise again would have been a stale affair. This record is what nu-metal should have been: savage vocals, brutal riffs, and wild atonal solos.

Although there is some filler, the best tracks more than make up for it, and the acoustic/tribal stylings are a welcome continuation of Kaiowas.

This is an excellent album. A lot of time was put into songwriting. in my humble opinion, it's like Chaos A.D. but with more variety to it. There's songs like itsari, an acoustic instrumental, and ratamahatta, a more tribal metal sounding song, combined with the more chaos ad-sounding attitude and roots bloody roots just to show their range.

The Cavalera brothers really pulled it off with this album! The classic thrash that started with Schizophrenia is evolved, with some groove elements and tribal fillings that makes Roots, in my opinion, the best Sepultura album. 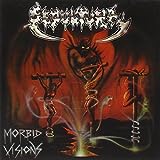 This how Sepultura started,this is how they should be remembered. 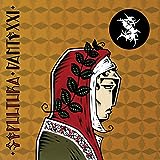 It is very boring to see the narrow minded, infantile, HM fanboys just dismissing everything the band have done post Max out of hand. At least give this a chance and LISTEN to it, and THEN if you don't like it, you can leave it alone - no one is forcing it on you. I personally prefer this to any Max era album. If others listen to this, and think that it is not as good as 'old' Sepultura, then that is fair enough. Opinion by definition is very subjective. There is no need for people to act like they are 6 years old. If you don't like it, then at least respect that there are others who do, and who are glad that Sepultura are still going and making albums.

Combines fast thrash leads with groove riffs near perfectly. Very strong album that drops off a bit at the end of the album, but the start and middle easily make up for it. Best Sepultura album since Chaos A. D

Outstanding flow to the album makes it easy to listen to front to back. Lyrically strong which hasn't been a strong suit since Max left.

Some people prefer the Max era, I prefer Derrick's. This is my favourite Sepultura album. 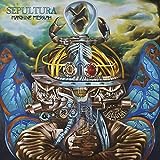 Dante, Against & The Mediator where really good albums but with this one you can't deny the post Max era anymore. If you are still doing it you are a Dinosaur who deserve to die.

From start to finish, this album just pummles you with great instrumentation, hard shredding riffs, and outstanding vocal. I typically only like Max albums, but wow this really feels amazing to listen to. to all you max-only fans, please give it a try. its absolutely amazing.

"First album of the band that I listened and I am already a die-hard fan of them! "

Probably one of the best from the Derrick Green era. 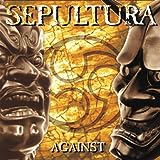 The Japanese drumming on this is sick, it has a similar raw feeling as Roots.

10 The Mediator Between Head and Hands Must Be the Heart 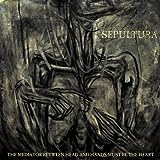 This is a very good album. its not the type of music sepultura used to make. but if you like this type of metal sub genre then its nice. the problem with sepultura is tat they are too diversified. a headache for their fans. sometimes trash, sometimes tribal, then groove, then death bla bla bla

Prefer this over Kairosand the mediator by a long shot, Much more exciting and rhythmic album.

Better than Kairos, should be on list right behind dante.

Love this album, for anybody who has read A Clockwork Orange as well it makes it that bit more interesting 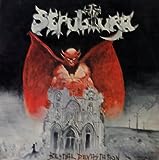 Bestial devastation and morbid visions are the best sepultura albums 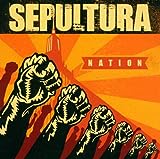 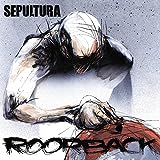 Has my favourite Sepultura song ever 'Apes of God'. A truly ferocious piece of music.

I love this album! Best album since roots! 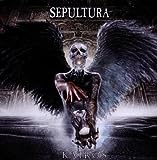 The first great Sepultura album with Derrick Green in my opinion.

This album is their best with alex greenem bordering on death metal. Epic!

Riffs on this one are really nice, not my favorite for sure, but one of my favorite albums with Derrick 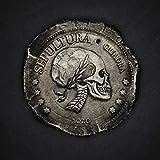 Waaay to low! I get the point that the oldschool albums were classics and part of history. But it's just plain ignorance that makes people piss on "new" Sepultura... Best one m/

This one is probably their best since Roots, some really good songs on here

This is a very unknown album. Sepultura recorded the soundtrack for a Brazilian T.V. series called "Dupla Identidade" and the album is available on Spotify. It's only 22 minutes long, but it's perfect.