This list is about classical pieces in symphonies that influenced television show & movie scores, including those of the most famous TV shows & movies.
The Top Ten
1 Carmina Burana: 1. O Fortuna / 10. Were diu werlt alle min

The opera majorly influenced many composers such as John Williams for Padme Amidala & Obi Wan's departure from Coruscant & arrival to Mustafar as well as his & Darth Vader's battle on Mustafar in Star Wars: Episode III - Revenge of the Sith & Kylo Ren's theme in the Star Wars sequel trilogy along with Trevor Jones for Last of the Mohicans during the massacre scene (yet this also played as the theme to Excalibur who's scores are also played by Trevor Jones). It influenced Hans Zimmer for the love theme in Pirates of the Caribbean & many dramatic musical scores from people. It even inspired Globus for the intro to Preliator. Yet it even influenced many bands including marching bands & school bands along with Kevin MacLeod for some of his musical work. What a classic operatic hit. 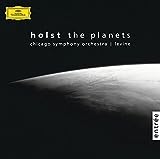 This influenced entertainment in so many ways. For example the theme song for Buck Rogers was believed to be influenced by this piece & this also influenced one of the scores for the original Star Trek series along with the end of one of the Alien movies plus the most famous example was the intro to Star Wars: Episode IV - A New Hope by John Williams & the part where Luke Skywalker (which by the way R.I.P. in Ep VII - The Last Jedi) blew up the 1st Death Star (which seemed to influence the score of Chicken Little started to ring the school bell). Though don't for get this however was actually plagiarized in the battle of Gladiator by Hans Zimmer & he got sued for that. Anyway it was a hit & never to be erased from memory.

3 Stravinsky: The Rite of Spring 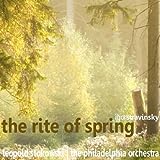 Stravinsky influenced so many TV show & movie pieces with this masterpiece. The Rite of Spring was a ballet & symphony & it influenced so many other artists. Many TV/movie scores were influenced by this for example it influenced John Williams for the stormtrooper march in Star Wars: Ep IV - A New Hope took influence from this & so did the Jaws theme & the scene where C3PO walked on the Dune Sea of Tatooine along with the Jawa sandmen, Leia's interrogation, the chase scene on Coruscant in Ep II - Attack of the Clones & Hogwarts Forever in Harry Potter & the Philosopher's Stone, the Chase scene in Harry Potter & the Deathly Hallows, the battle of Coruscant & Utapau in SW EP III - Revenge Of The Sith along with the Rathtar attack & Millennium Falcon chase scene in EP VII - The Force Awakens. Yet the episode of the TV series Star Wars: The Freemakers Adventures where Cloud City plunged into Bespin also seemed to take notes from this piece & this piece also influenced the scores of some ...more

This captivated many scores including the Jaws theme along with the Duel of the Fates by John Williams in the Star Wars prequel trilogy along with the ceremony in Ep IV - A New Hope & Howard Shore for the Lord of the Rings/Hobbit franchise & the Foyer room at the entrance to Phantom Manor at Disneyland Paris. Yet this was taken influence in NASA's movie about the Apollo 11 launch. A true classic.

It influenced John Williams for the imperial march from Star Wars: Episode IV - A New Hope along with Luke & Leia's theme in Ep V - The Empire Strikes Back (R.I.P. Luke & Leia) & Ep III - Revenge of the Sith along with the Harry Potter theme. Yet the ending also related with that of Stravinsky's Firebird Suite. They enjoyed Tchaikovsky's hit.

6 Wagner: Ride of the Valkyries

It inspired the instrumentation of the Star Wars theme & Imperial March along with the Phantom Manor score & war movies like Apocalypse Now, the Wire & many others.

Much more famously used in war movies, such as "Apocolypse Now", as a symbol of unstoppable military onslaught.

Neptune has inspired so many creators like John Williams for many Star Wars episodes, along with Indiana Jones Raiders of the Lost Ark. Danny Elfman's scores for the Batman movies & other Tim Burton movies along with the Wizard of Oz, Jerry Goldsmith (R.I.P.) for the Alien movies along with Ligeti for the monolith scenes in 2001: A Space Odyssey, Star Trek & even Harry Potter along with TV series Lost, Jim Powell for Robots & Patrick Doyle for Nanny McPhee along with some of Kevin MacLeod's musical work. The choir influenced the underwater scenes on Naboo in the Phantom Menace among with the constellation scene & the Solar Sail approaching Count Dooku's workplace on Coruscant in Ep II - Attack of the Clones, Padme's death & Vader's rebirth in Ep III - Revenge of the Sith, part of IV - A New Hope, the Millennium Falcon approaching Bespin's Cloud City in Ep V - The Empire Strikes Back & the beginning of Ep VI - Return of the Jedi along with scenes from the Star Trek OG series, Ligeti ...more

This influenced John Williams for scores such as the map room in Indiana Jones: Raiders of the Lost Ark, the themes from Hellraiser, Jerry Goldsmith (R.I.P.) for the theme of Alien & even John Barry (R.I.P.) for the Black Hole. It even seemed to influence John Debney for the Haunted Mansion at Disney parks. Pretty creepy right? But a splendid original masterpiece in the name of Holst.

Influenced John Williams for one of his scores in Star Wars: Episode IV - A New Hope.

It became a staple for Russia & firework celebrations & even influenced John Williams for the Star Wars & Jurassic Park theme along with the Olympic theme.

It influenced many composers including James Horner, who did the score for Braveheart along with Howard Shore who composed the Lord of the Rings (LOTR) theme & Harry Gregson Williams for the love theme from Shrek (& of course Hallelujah by Leonard Cohen) & Ice Age, plus John Williams' score for Jurassic Park seemed to be inspired by this in a way, yet the soundtrack from the SpongeBob episode about the Krusty Krab Training Video seemed to take notes from this piece. Plus Zelda's music seemed to take notes from this as well as the Morrowind theme by Jeremy Soule, yet this influenced 2001: A Space Odyssey & Jason & the Argonauts as well as Rhapsody in Blue by George Gershwin (R.I.P.) & Pirates of the Caribbean by Hans Zimmer. Yet this was used in the hymn I Vow to Thee My Country, all showing us how powerful & influential this piece was.

It made huge headlines in the world as his biggest hit & influenced many movies of genres including science fiction & fantasy. Not only was it fit for war & victory, it also appeared to influence Johann Strauss for the theme of 2001: A Space Odyssey (Zarathustra) along with the theme for Michael Giacchino for Star Trek Enterprise & Wrath of Khan along with John Williams for the ending score of E.T. the Extra Terrestrial & the dream tree scenes from the B.F.G. (which unfortunately flopped at the box office). It has especially influenced the scenery from Fantasia 2000 but instead of showing pine trees or war, they showed flying whales which really fit. It was played in the grand opening of Walt Disney World on October 1st, 1971 & EPCOT's IllumiNations NYE celebrations (R.I.P. IllumiNations after nearly 20 years). Anyway it was a hit in the music & entertainment industry alike & one we'll never forget.

Debussy's piece that influenced John Williams for his piece on Star Wars: Episode I - The Phantom Menace where Anakin Skywalker's pod racer roared to life.

It's obvious this influenced the Star Wars theme by John Williams just by listening to it.

Beethoven's powerful symphony influenced many movie composers, especially Hans Zimmer for the Superman & Pirates of the Caribbean scores & John Williams for the Indiana Jones & Star Wars theme. It was a hit. It even included Ode to Joy, which had many renditions including those on commercials due to its influence.

It influenced many artist with their own renditions & even composers like John Williams were inspired to do the scores of movies like Home Alone 1 & 2, the Harry Potter & even Star Wars movies. There's no doubt about how much this impacted culture in general.

It had romantic style & was made influence in many works of entertainment, including classic cartoons like Looney Tunes & even inspired John Williams for Luke & Leia's theme in the original movie IV A New Hope (yet it influenced him for the Force theme). It was even played on some documentaries about space exploration.

This piece compares to the music used in traditional magic & circus shows & even apparently influenced Danny Elfman for his scores along with John Williams for the Star Wars Imperial March & yet it seems it influenced the title score of season 7 episode 4 of SpongeBob SquarePants on Nickelodeon. But what's most fascinating is that this was apparently influenced by the Sorcerer's Apprentice by Paul Dukas, yet this is titled the Magician & TSA was also about magic.

It influenced many scores including the Bug's Life score from Pixar & those of Zelda Ocarina of Time.

It was apparently influenced in the soundtrack from the sequel to Nanny McPhee when she took the children to the British museum of Pooh.

It became so influential that many shows & movies did their own depiction of it & it was even reorchestrated in Sleeping Beauty where Prince Charming defeated Maleficent & kissed Princess Aurora. Even Maleficent the movie had its own take.

It influenced John Williams for the love theme of Leia & Han Solo in Star Wars: Episode V - The Empire Strikes Back.