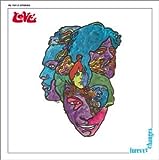 Why this wasn't a hit at the time, I don't know. Forever Changes is one of my all time favorite albums. Every song has a special place in my heart. The orchestras and horn sections are beautiful, fantastic melodies, and an overall hypnotic feel to it. This album is 10 out of 10. One of the few albums that I can call perfect. Yes, I said it. PERFECT!

Psychedelic Folk / Baroque Pop
1967
Probably tied as my favorite album on this whole list, I just find that everything about this is great. The songwriting is top notch, the instrumentation is beautiful, the lyrics are well thought out, and with all these factors I barely hear it talked about. I don't have much but praise to say about this album, so please, go and listen to it, I could not recommend this enough.

Great band and I agree with the list author that they are overlooked and not given enough "props". They are a strong influence on many genres of music including my beloved punk rock. Love has been covered by punk bands like The Ramones, The Weirdos and The Damned.

Jazz Fusion / Art Rock
1991
Tied with Forever Changes as my favorite album here, we have Talk Talk's Laughing Stock. Only real reason I don't have this higher is because it's at least somewhat more well known then everything else here. Even then, this is bar none one of the most beautiful pieces of music you'll ever listen to. Everything is all so serene, with abstract instrumentation being strung together, culminating stellar, but never overblown, climaxes that will never leave you anything but awestruck.

My God, I'm so glad that I listened to this. Essentially, this whole thing is just one big song, but split into a couple different sections. From the Black Sabbath-sounding guitar and bass work, the sometimes crazed, howling vocal delivery, to the amazing extended jam sections, this album never holds itself back, what with its groovy, spacey atmosphere.

Punk Rock / Post-Hardcore
1990
Currently one of my favorite punk rock albums, Fugazi's Repeater is probably the album that best embodies the spirit of punk that I've heard so far. From the politically charged lyrics to the outright glorious songwriting, this album is easily a landmark release in punk rock. Also, Joe Lally is easily one of the most underrated bassists I've ever heard.

Experimental Rock / Psychedelic Rock
1967
Prepare for insanity. The first minute or so may seem a bit disorganized, but after that it all comes together. Interspersed between each psyched-out song are jazzy, freeform freak outs that have been composed to align into the previously mention psyched-out songs. As a result, this album is always moving at a mile a minute. Without a single slow moment, you'll twist and turn through some insane passages before arriving at a spacey little finale. Quite easily an insanely fun record.

Noise Rock / Grunge
1991
Goat is heavy and distorted, with chainsaw-like guitars ripping through the riffs of each song, all while being backed by crunched basslines and aggressive drumming, with David Yows desperate vocals yelling over the instruments in a drunken mantra. While somewhat abrasive, Goat by The Jesus Lizard isn't anything that you shouldn't be able to handle if you're used the more hardcore sides of Punk Rock or Grunge, and offers some great headbangers, especially in its wilder moments.

Alternative Rock / Psychedelic Rock
1991
Some bluesier arranges that are quick to delve into some laidback tunes. Coming in with a Rolling Stones-esque approach, the songs are then injected with some 60s era psychedelia, giving it an especially unique timbre. Throw that in with some neat tape effects or some samples that you wouldn't normally expect on an Alt Rock record, and you've got an eternally awesome record.

Punk Rock / Noise Rock
1987
This album is brutal. Brutal and fun. The fuzzily mixed guitar and gritty bass tone really help to bring out the sheer aggression heard on this album. The album's first half has some truly memorable songs, each of which are helped by Steve Albini's harsh vocal delivery. Definitely an album worth checking out.

9 Odessey and Oracle - The Zombies

Chamber Pop / Psychedelic Pop
1968
Never have I heard something as uplifting and comfy as this record. Of course we're given the ever drizzly feeling of the late 60s psychedelia, but we're also given the occasional appearance of some uncommon aftereffects, switches between acoustic and electric, and even some violin. With gloriously infectious melodies, great diversity, and perfect chemistry between the band, The Zombies easily stand toe to toe against their contemporaries on just their songwriting alone. Again, just another really solid record.

Electronic Rock / Punk Rock
1977
Another album on the weirder side, but not at first glance. Starting with some relaxing little Punk Rock pieces intertwined with a unique electronic blend, the album then decides to get more unnerving with its delivery as it goes on, and then finally capping everything off with a terrifying final stretch, filled with screams and surrogate droning. Suicide offers an oddly moving musical journey, what with its minimalist approach and synthier arranges. Definitely a landmark release in every genre that it crosses over with.

Confused as to how you define Classic Rock. Seems to be "pre-2000s rock albums" here. But it's nice talking about these artists that are often overlooked on this site. THis album's never clicked with me; personnally. Except Frankie Teardrop (now that's stuff I can get behind). But Girl, hahaha, that one's hilariously bad. The acclaimed Ghost Rider and Rocket USA are pretty good but I don't love them. The slow songs and Johnny do absolutely nothing for me.

Electronic Rock / Experimental Pop
1969
Probably more on the weirder side of this list, An Electric Storm is a mesmerizing listen when it's not sampling the sound of moaning for a good 45 seconds. I feel that the best parts of this album are when it takes a step back from its unadulterated weirdness and actually uses this element to help make some truly hypnotic and interesting pieces of music. It's the kind of album that starts to get better as it progresses, especially in the second half, so I'd certainly recommend sticking to it, even in its more oddball moments, to find some truly great music.

It's overlooked compared to Dark Side Of The Moon, The Wall and Wish You Were Here but it gets more attention than other Pink Floyd albums so not sure if this is all that overlooked. Still the best of Pink Floyd.

13 Some Girls - The Rolling Stones

An overlooked classic punk album that pre-dates The Sex Pistols.

A solid bluesy-rock album with awesome musicians. Jim McCarty is an underrated guitarist in my opinion. If you enjoy bands like Led Zeppelin, then you will definitely enjoy this.

1989
British rock outfit that are most commonly described as punk rock, although I've seen them also described as dabbling in many genres. This album is their crowning achievement, and saw some limited success commercially in the UK. In the US however, I know of very few whom even know of the band's exsistence. Kinda funny how that could happen, especially in the case of this album, because its pretty tight. I was adiitionally surprised to find those earlier mentioned UK charters are not the songs I really dig off the record. Check out "Ballad of Bodmin Pill" and "Family", both readily available on YouTube.

Any King Crimson album that isn't their debut is overlooked.

18 Wish You Were Here - Badfinger

Big Star was great! I can't believe they were so overlooked! This album is fantastic all the way through. Great hard rocking songs in the first half, and beautiful America-esque acoustics on the second half. This is not an album to be missed.