This is without doubt my favourite video game in the adventure/action genre. It took everything that made Arkham Asylum such a massive hit and expanded. More gadgets. Amazing power-flow and ultra combat. More fantastic villains. A violent yet brilliantly made plot. Its story captivated the players. If all that doesn't make you think, then consider this: the game sold 20 million copies in under a month! That was just people buying the discs. There were millions more online buyers, with near 120 million people having played and loved the game. It is by far the best entry in the franchise and set the video game level so high that games struggled to match it for decades after. Best game of the year? Pssshhhh. Best game of the freaking decade!

Nothing will come close to this. This game makes you feel like Batman and that is what most fans want, the experience. The way Batman plays. The way the story is. It has epic music during protocol 10. It had great Easter eggs. Amazing voice actors. The only thing missing was the experience to free roam as Robin and Nightwing. We got it with Cat woman, why not with them too. Overall best Superhero game ever made!

Probably my favorite game ever, best combat and stealth, best storytelling I've ever seen in a video game, it has the best soundtrack of any other game too, I hope if they ever make another batman arkham game it will come close to this but I just don't think it's possible. Asylum was good, but this just expands on it in every way. I've probably played this game over 5 times. Great job Rocksteady for making the best game ever!

Really good game, with good plot. Batman seems as dark and brooding as always and the addition of a remembrance area where his parents dies is kind of nice. Graphics are alright but this game is seriously good. The fighting is good and I enjoy hearing the crooks talk as I fly over them and if I feel like it... bash the living daylight out of them 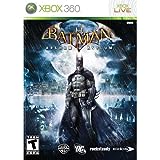 This game started it all. It created the perfect atmosphere and layout for a superhero game and expanded. I honestly feel like it was the perfect blend of a mature yet gripping caped-crusader video game. The Joker, The Scarecrow and Bane were just some of the fantastic villains in this genre-defining game. It won multiple awards as well as instant mega popularity. it deserves its critical acclaim. Rocksteady nailed it

Though Arkham City improved on the gameplay and upped the villain count, Arkham Asylum is not only the best Batman game, but the best superhero game ever.

This game has offer you can't refuse...

Spider-Man is one of my favourite video games of all time. It has a strong, 9-hour campaign and its story is a brilliant one. This game does what so many games couldn't: it makes you feel like the Webbed-Wonder. Open world adds to the spectacular design and there are multiple villains for the takedown. Totally recommend
My only minor issue is that MJ's stealth missions are a bit repetitive after a few.
Also, this game isn't for people under 12 years of age for me, because there are multiple upsetting scenes, including a brutal terrorist attack, the massacre of innocent civilians and someone's bloody head being slammed into walls before being crushed by a villain.

While Spider-Man may not be as good as Batman Arkham City (which is considered one of the best video games of the generation) or Arkham Asylum (another fantastic hit) this PS4 game is still pretty incredible. The main story is fantastic in so many ways and the creators managed to create the perfect blend of violent scenes yet superhero flair and magnificence. It makes you feel like the Webbed-wonder, a feat very few superhero games can manage, and the story is just spectacular. My only small issue with it is the MJ stealth missions are slightly repetitive, but I had to think real hard to come up with a complaint. Definitely recommendable.

The greatest Spider-Man video game to hit shelves since Spider-Man 2 in 2004. Heck, it's probably the best superhero game of all time! While it has its ups and downs (the web slinging mechanics are amazing, but the MJ stealth missions are a bit repetitive), it still proves that it IS possible to make a good superhero video game.

The most fun I've had playing as a Superhero. This game does a great job at making you feel like Spider-Man. The story, the gameplay, the world, everything about this game is spot on!

It's fun when you're outside the Batmobile and doing car chases, but the Batmobile sections that aren't car chases are awful, and the ending is the worst way to end a Batman series, whether it's the Arkham series or not. It's terrible for any version of Batman. If you want to know why, watch GodzillaMendoza's Batman Arkham Knight videos.

How isn't this higher

How isn't this higher?

5 Injustice: Gods Among Us

What do you get when you take Mortal Kombat, replace the characters and settings with those from DC comics and call it Injustice? That's right, an awesome superhero fighting game!

Bought this yesturday. Had doubts at first and I thought I made a mistake. Maybe I should've thought it through more before I bought it. Anyway I got home started playing it. I'm now addicted best fighter game I own by far

Awesome game love it would recommend for any Street Fighter or Mortal Combat fans.

Believe me, it is better than Injustice gods among us and many other marvel games like contest of champions, strike force, future fight. it has cool graphics and fighting moves, and above all, one of the best stories ever.

Best fighting superhero game I've ever played in my life. It is the best graphics fighting game among the all fighting games that have been ever made. Love this game.

Almost every (awesome) marvel character and amazing gameplay. This is the game that had marvel geeks screaming for joy 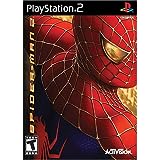 This game all the way! This should be number one, not Arkham City! (Don't get me wrong, that game is fantastic also). Nostalgia overload!

If the question is "which game makes you really feel like a superhero? " This is it hands down.

The only game that beats Arkham city!

If you haven't got this game yet get it!

Just as amazing as the other entries in the Batman: Arkham series, I'm surprised to find it this low on the list.

While Arkham City and Asylum are (also, a lot darker) better in graphics, plot and controls, there are many reasons why this game is better tan the others:

I like how you can drive cars and planes or boats in this game its like Grand Theft Auto.

This game is awesome. I love the huge cities and character customization.

17 Marvel Nemesis: Rise of the Imperfects

A gem! As good as the movies we're, probably even funnier.

Most funniest game ever! 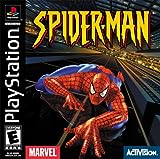 Better than ultimate destruction. But the 2003 game is slightly better. Only a few games comepete with this one, arkham City, arkham Asylum, spidey shattered dimensions and ultimate alliance.

Is it me or does it feel like playing prototype.