This is like Mortal Kombat trilogy in 3D with a awesome story mode and many classic things from costumes to awesome stage fatalities. I rate this game 10/10

Garbage! It's recycled version of mks from 90s with shinier graphics & 2D sucks! Roster is boring & too thin. Armageddon > this trash.

This is the first mk game I ever played and after I played this I tried more. Non of them were better.

My childhood, so glad my dad showed me this game no matter how gory it is.

What the heck? Just because a game has better graphics doesn't make it a better game. This is so much better than MK9. MK9 was a disappointment compared to this. Come on guys! You can create your own character, over 50 characters, each character has 2 fighting styles (weapon and fists), and there's a go-kart mini game. I hope Netherrealm reboot this. Unless we have Soul Calibur V which is very similar and also awesome. Admit, this game is 10 times better than MK9.

MKX maybe the best right now, but its lacking.
This game has Everything. The Characters, Konquest Adventure, Likeable New Character(Taven), Good looking Ol character, Death Traps etc
This game never gets Old, I even keep playing it this year 2015. Never gets bored.

If you have this game, play it again and you see this is the second best of all game in the series.

I played this on my friend's PS2 one time when I was like 11 or something. I wish I could relive that moment because that was one of the coolest fighting games I've ever played. It's just so different from the rest of the MK games.

This game has good and deep story, and is excellently designed. Konquest lets you to explore whole 6 realms, interact with almost every character in franchise and many more, explore many secret, to dive in MK Universe. Fighting was also fun side of this MK, since it had most developed MK fighting system of 3d era, surpassing both Deadly Alliance and Armageddon. Arenas designed so good, that you want to be there. Massive content in krypt lets you know about MK universe even more, and inspire you with its glory, despite being fierce and bloody fighting game. Yes, MK erases contradictions between gruesome and beautiful, and whole series is simple art. And Deception is best at it.
MKD even inspired Ed Boon and Co. to create the best MK games in non-fighting genre, Shaolin Monks.
My vote is for this game.
Sorry for my English

Instead of being flashy and unnecessary, the Midway team took a step back and added an intricate story to this game, making it more complete than the rest of the series.

My favourite game in the whole franchise and maybe my favourite game of all time! It is awesome and the konquest story was 10 out of 10. I love the characters story and minigame,es like chess kombat and puzzle kombat.

Has a great fighting engine, has great mini games, and has an amazing story mode. One of the best.

Newest is always the best
#facts

If you can't accept it then get out
"Just because you have good memories of a game, doesn't make that version better. The longer in time, the more advanced, therefore it's better. You have to be a fool to deny it."

The Brutalitis make this game the best in my eyes!
Love the secret and alternative brutalities...
...love to give them in the end of a great long combo! - It's an extasy!
And the guests are more the awesome!

It is the best game. Only one with variations. It has better fatalities and x rays for sure.

This is way to low! This deserves to be at least 3!

Mortal Kombat II. The fighting system was a lot more strategic and relied less on combos and more on timing.

The freedom of the game and all the cool easter eggs and secrets, and just the system of levelling up, the many different enemies that lead you to a boss fight in every realm, plus Co-Op! & there's versus mode separately!

Shaolin Monks should be #3 because it is great! The level designs, Easter eggs, level interactions, fighting technique, hidden features and Koop mode made it unforgetable

How can this be as low as 7?! This and MKII are way too good. Only complaint, and it's really minor, is that this seems to take a lot of influence from Killer Instinct.

Lot of characters, very fast fights that could be decided in a few second thanks to the great Comboystem. Galaga as hidden minigame - loved it.

Dude, this isn't even close. UMK3 was not only the best in the MK series, but one of the best fighters of all time. Period.

Speed, combos, all the finishers, what else do you need?

Why is this number nine? SURE, the loading was a pain in the ass but if you think about it, this game was amazing. I am excluding the N64 version due to limitations, but the game introduced many things, plus, this is what MK9 is mainly based on: The trilogy of events that took place during and before Shao Khan's last attempt at conquering Earth. In all honesty, they introduced Chameleon, Klassic Suits (Excluding Klassic Sub-Zero, because he is a completely separate character, and is also Bi-Han, who is also Noob Saibot), BRUTALITIES in all versions, playable boss characters, Aggressive Mode, Cheats like 1 button FATALITIES, swift controls, and last but not least, B.S. aI. This game is a hell of a lot of fun with friends and I hope NetherRealm Studios remasters it, like they did for MK1, MK2, and UMK3.

I had Nintendo 64 and this game sucked on it compared to the ps version.

Clearly the best one of all...

The reason Mortal Kombat has had so many sequels.

The beginning of a legendary series.

The entry that saved the franchise from going the way of Street Fighter. It's doubtful that any of the subsequent games in the Mortal Kombat series would've ever come into existence if Deadly Alliance hadn't been the huge success that it was. The first chapter in the "Argus Trilogy", the introduced an expanded mythology, a colorful array of awesome new characters, absolutely gorgeous level designs, the introduction of the Krypt, and the best multitude of unlockables the series has ever had, even to this day. Sadly, tragically, the rarely gets the respect it deserves, characters like Hsu Hao have inexplicably become lighting rods of internet hate.(with no explanation whatsoever! ) Despite this, the importance of The Argus Trilogy and especially Deadly Alliance can never be erased. One of the most fun and innovative fighting games I've ever played, and arguably the most important entry in the series since Mortal Kombat 1, Deadly Alliance will always be my favorite Mortal Kombat game.

This game is simply put the most interesting Mortal Kombat ever made with my favorite bosses to fight. I would personally say this game is the best one besides 9.

This is the best Mortal Kombat game... No matter it was released 11 years ago (2002.). When I play this game it brings me back in good days of my childhood...

This was my first Mortal Kombat game and I have to say it is amazing I have to vote it, it might not be as amazing as MK9(great game by the way secound place for me), but I have so much memories from this game and I love it so much so this was my best mk game for me

This is probably my favorite video game ever!

This game was pretty bad

It's the komplete edition it's better than the regular version

This is a great game

Best game ever. Like Minecraft I guest. Maybe no, what I was talking about? 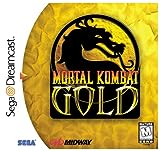 I think this is a highly underrated entry in the MK series. It is basically a suped up version of MK 4 with more characters, way more features, more secrets, more stages and more fatalities! How is it rated lower?

Mortal Kombat: Deception left us wanting, and this gives us the finish

What is this doing in here?.

Love it it's so much fun

We don't speak of it 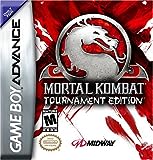