My favourite one since the 2000, better controls than 2013 and more fun also. I can definitely say that I'd go on it more than most F1 games, especially on the PS3

Another quality f1 game, enjoyed this one a lot too. I liked the classic stuff especially.

The best of them all

This will always hold a special place in my heart. The first Formula 1 game I owned. Controls are easy to pick up as a beginner. Arcade mode is a short fun time. Championship is easily enjoyable. Full length qualifying (back when it was an hour) can drag it back down nowadays, however this is just what it was like in 97. The ability to change driver names I always enjoyed.

This one made up for the mistakes with 98 and felt like a proper improvement on 97. The graphics were a massive improvement

I'll have to give this a vote because I just find it enjoyable and different. It isn't your typical F1 game and, as my partner can testify with, even non-F1 fans can enjoy it. It's pretty much F1 Mario Kart style

Basically, they saw mario kart and said "I want some of that" and literally made a crappy rip-off of it. okay for kids, I guess. not a fan of the made-up teams either. 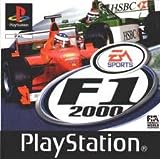 This one was made by EA Sports and was the first one I played without commentary. I enjoyed this. The still added addition of being able to edit the grid was enjoyable. Not been able to find it since I had it

It was okay... nothing I particularly loved about it though.

This is the best f1 game as I have fond memories on career mode, I have never enjoyed a career mode on any f1 game like this

One of the best f1 games ever, good graphics, decent ai, good weather model and good damage model and this was released in 2007!

An all-round solid game. nothing stand-out, but it was the foundation and added a lot of stuff that would lead to 2013 being so great

I used to have it! 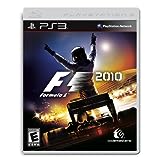 What else could it be? If it is possible to have nostalgia from as recently as eight years ago, then this is the ultimate of it.

This is the good stuff. I miss logging on to my 360 in 2010 to fight another close championship.

This one wasn't really meant to be good. it was just a placeholder while they worked on 2016 to get it onto the new gen. as a result it was quite glitchy and featureless, but the new gameplay and model was good.

My first f1 game. I mean obviously it was made for the wii and psp so obviously had limited features and graphics, but they did a good job with what they had. it engaged me enough to become a hardcore f1 fan. at the time, it was great.

The less said about this one, the better.

Very innovative and added a lot of features, I loved the new r&d system. I will look back on this one with nostalgia, I spent the most time on it out of any f1 game so far. bit glitchy though.

The camera angler are awful on this game but otherwise, it is ok at best 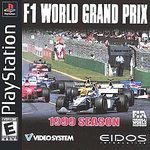