There have been a lot of lists on this site that say the best games of a certain game character. But what about Pac-Man? All people know him for nowadays is his first game. So I decided to show you all what Pac-Man's true potential is! Enjoy!
The Top Ten
1 Pac Man World 2

Pac-Man World 2 is, hands down, the best Pac-Man game. Championship Edition is good too, but it's just so overrated because of Bandai Namco's intention of regressing Pac-Man to a lifeless pizza thing from the 80s. And that hinders the ability for this game to get the love it deserves from the gaming community of today!

By far the best out of the Pac Man World series and a true masterpiece. It was the proper game for the transition of pac man from 2D to 3D like mario 64 was for mario, metroid prime was for metroid and so on. It must get a remaster or at least a re release for modern consoles.

This is an amazing game with the best platforming I've ever seen in a video game, easily trumping the more popular but overrated 3D Mario games. The level design makes excellent use of Pac-Man's unique and wacky abilities. And the environments are awesome.

Wow, this game is a creative masterpiece! It's so cool and I have it at home. I have too much trouble getting 100% in this game, though. But Pac-Man World deserves the top 1 spot.

This is the best selling arcade game of all time for a reason. It is simply put the perfect arcade game and it's a game that everyone knows of; Even 37 years later is still a household name. Sure it's not got the depth of a console/PC game, but it was never designed for that, it was designed to eat quarters at an arcade and it did that better than any game ever made.

I love the graphics of nes Pacman and the gameplay is so fun and addictive. Each ghost acts differently. Learn them and learn to use the tunnels/pipes/sides of the screens because the ghosts move slower through that area.
The ultimate game of cat vs mice.

It's the Original and still a great game but does get old after a while because the maze doesn't change.

Are you talking about the original or Atari 2600 version? From the bad comments below, probably the Atari version

Better than the original because the maze changes and it is faster.

Pac-Man World deserves much better. It has the best graphics a video game could ever have, and its music and levels are flawless. Also, how much creative can a Pac-Man game get?!

Hands down, this is the 2nd best game in the world! Super Mario 64 is the best game ever!

Pac-Man World has no excuse not to be top 1 on the list.

Dude, Pac-Man World is a masterpiece! Why do people hate this game so much?! I have nothing against the graphics. Best music ever!

This game so needs to be top 1! Also, I'm surprised that there's still no Pac-Man World 4 yet after 9 years! What for?!

His game is cool! Pac-Man will always be MUCH better than Modern Sonic & besides Debi Derryberry & Erin Matthews being the voice of Pac-Man, Chris Brown would be a great voice for Pac-Man!

Hands down. This is the best Pac-Man game ever tying with Pac-Man World & Pac-Man Arrangement.

I don't know why people hates this game you just need skill with moving the Pac-Man.

Best story, best graphics, best emphasis, this game has no excuse not to be top 1.

This game marks the debut of the female pink ghost Pinky.

This is a good old game.

Such an underrated video game! But always criticize the game's difficulty.

In my opinion this takes the original pac man formula and tunes the intensity up to 11 with a super addictive and fast paced game. Like after playing this I just can't go back to the old ones without thinking this one is better in every way.

How the heck is this so low? It's probably the best Pac-Man game other than World 2.

A even faster passed version of championship edition with ghost trains.

What cool idea is this? Going back in time! Pac-Man was a true hero in this game. Fantastic cutscenes, Pac-Man has always been a fan favorite.

One of the best (ever) Pac-Man games! Why doesn't Professor Pac-Man return anymore? He was sexy!

This proves Pac-Man to be a very inventive gaming franchise. 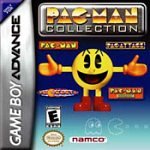 A pretty good GBA collection to kick off Pac's life on the 16-bit handheld generation, containing Pac-Man, with both fullscreen and scroll modes, the puzzle Pac-Attack, the arcade Arrangement and the always popular Mania.

Pac-Pix was a masterpiece of humor. I wish I had this underrated game.

Seriously?! Still top 13?! The original Pac-Man is not the best Pac-Man game. Re: its graphics suck, the characters are ugly, the game is common, too overrated, etc... But Pac-In-Time is great!

A weird version of Pac-Man with strange power ups.

21 Pac-Man and the Ghostly Adventures

Obscure arcade machine with pinball underneath. It is one of my favorite pac man games. The maze stays the same like original pac man but has worse graphics and then it goes to the pinball parts.

A obscure video pinball hybrid that I played in a arcade once and is very fun.

This should be top 1! Why? Mario actually was in this game!

Also, the original Pac-Man & Super Pac-Man do not deserve to be so high on this list.

This game revolutionized the Pac-Man franchise basically by giving the characters redesigns. Anyways, Pac-Man World (PS1) is the top 1 greatest video game of all time. It is top 7, which is a crime.

This did surprisingly well for me. I don't know, maybe it was because of the new characters. (Patra, Woofa, and Roger)

This is a good game I gotta say.