I was wandering the internet terrain for a bit longer than usual and I found out how many popular games are actually shameless rip offs of games you've probably never heard of.
The Top Ten
1 Flappy Bird

Let's start this list off at the fish bird thing which has to traverse through green pipes. Most people look at it and call it an original idea but really there was a game made back in 2011 called Piou Piou vs Cactus. Take a good long look at both games and tell me that Flappy bird is original.

The game sucks any ways 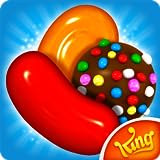 This is probably the easiest to know what game this came from. Well, actually there's two valid answers for this:
The answers I'll take will be Candy Swipe and Bejeweled Blitz. Both of these games are about matching items in rows to remove them from the board.
Candy Swipe was copied in many ways by Candy Crush and the power up system of Candy Crush came from Bejeweled where you can match items together in ways to get power ups such as explosive pieces which obliterate everything adjacent to them for example.

No, when I thought the candy crush craze was over... Along came candy crush soda saga, they're making a new one NOO

Ms. Pac man is a direct rip off of another Pac Man rip off... A group of kids hacked into a Pac Man arcade system and modified the game to their liking with a different map, modified sprites and called it Crazy Otto. This was before Ms. Pac Man was released. Is it a coincidence why Crazy Otto and Ms Pac Man have the same exact map?

aarond90 It's not exactly a rip off for that reason as it was made by the same company as the original Pac Man, it's a rip off for ripping off a hacked version of Pac Man with the same map.

It's the same thing as regular Pac-man.
Just with a different character.

Angry Birds is original right? Well... um no, it isn't. There is a free browser game on the web called Crush The Castle. I've played it myself and it's a fun game to crush a few hours (pun intended) and after that, I view Angry Birds as a complete rip off of this free online game.

Shut up with calling Angry Birds a ripoff. People say that WAY too much.

It's not a rip-off, it was just inspired by Crush the Castle.

This is inspired by Crush The Castle.

Did you ever here of Happy Wars? 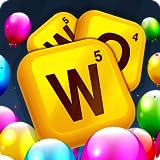 Let's just take Scrabble and move the bonus squares around and change some of the point values of the letters... Real original.

The original Crossy Road and its' Disney-ified version (often referred to as Disney Crossy Road) are based on Frogger.

I have yet played Disney Crossy Road with different Disney characters.

Yup, the farming game that has eaten away many people's time and left them addicted to it. There's no way this can be a rip off is there? Well, it's on this list so the answer is obviously yes. THe game in question which Farmville is a total clone of is Farm Town. a much friendlier game without extremely bad wait times, slow levelling up and not just Facebook networking, in Farm Town you can play with more people than just your Facebook friends. 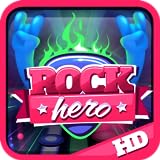 Is a rip off of another game known as GuitarFreaks. released by Konami in 1999. The gameplay was exactly the same as Guitar Hero: Players pressed plastic buttons and strummed a large plastic flipper on a guitar-shaped controller in time with the game's music. Every so often, the player could even raise the fake guitar in the air to gain extra style points. A small meter showed how well a player was keeping up with the song; too many missed notes and it turned from green to red to "Game Over."

Sound familiar in any way? 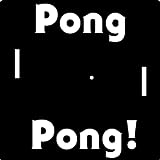 Yes, you didn't misread that. Atari's Pong itself is a rip off of Magnavox's Table Tennis. It was this that made Atari such a huge entity in the video game industry in the late '70's and the early '80's. 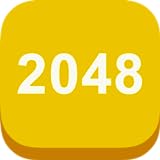 A blatant rip off of Crazy Taxi... There's no way you can deny.

Kinda a rip-off of earthbound but... but...
guess who made the Halloween hack for earthbound
TOBY FOX, the creator of both hack & game, so don't say that "Megalovania" is ripped off, it's from the same artist
it also takes more ideas from the rest of the game

It's a ripoff, why? It's only for people on drugs, I mean, you get to tame animals, it's a ripoff of minecraft

This game isn't a rip off. I played it for 1,114 hours with my friends and we just beat the twins. This game is meant for multiplayer. You are supposed to be able to have fun with your best of friends. It is worth the $20 that you pay for it. In my opinion, it is better than Minecraft, because I played that and beat it in 45 hours. I think that terraria is just fun in general, and it doesn't matter what you do.

It's totally isn't ripoff. Say of what game it's ripoff?! Its came earlier, than minecraft & has diffent gameplay. I don't know why this on the list. Also its funnier than minecraft, even funnier. Terraria developers don't care about reality of the game as minecraft, it makes it funnier! 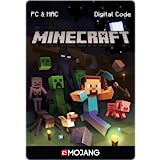 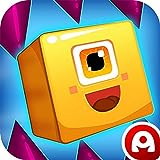 This is kinda a rip off of the impossible game but it's better so does it count?

I don't know what app the picture is for, that's not the Geometry Dash logo.

Roblox is a ripoff of lego.

What is this a ripoff of?

How is this not higher...

What is a ripoff to?