In what game do you like to lead your civilization to victory?
The Top Ten
1 Age of Empires

Age of Empires has lovable villagers too. Have not expect it as being a game to be so accurate to the past of real time line these records seem to hint at truth which is not incorrect which strikes one well founded. The game is very desirable. A distinct alphabet the Phoenicians are also possible to sight then it is where they flourish from the Hittites, the Minoans, the Sumerians and the Babylonians which use a writing language name as cuneiform in that time. Interesting to say the least, very good work on that!

A very rich game in a vast industry. Great renders from Age of Empires and there are civilizations that might never be in hinder in certain regards. Great deal to explore, with a wealth of imagination from one of the richest and charming games which is Age of Empires. Proud in prowess and culture it depicts should be no issue from start to completion.

The one of the main reasons I pick this over Rome total war is because this game is non stop where in rome you can take some time to rest. this game you have to keep upgrading fighting gathering building or else your dying. 2-3 hour death matches! Break out mtn dew its time to FIGHT!

Which gamer does not Have AOE? Age of Empires is the most basic and the most known strategy game on PC. It gives players a variey of situations based on true fact and teaches people how to run nations and helps people understand basic skills and thinking ahead and higher order thinking

Starcraft besides needing new civilizations to be near age of empires is still a nice game. The graphics are good and the units as applause-able. Technology tree is fine too.

All the people voted for age of Empires must play Starcraft again. To vote for "Age of" you must have missed Starcraft, Or they were not even born that time.

The depth and complexity of this game is amazing, and is only visible if you play on battlenet!

This isn't just the best strategy game ever, it's the best GAME ever!

By far the best strategy game ever made. Interactive, thought-provoking, and extremely inclusive, especially with the new expansion packs. Brave New World really makes this game a power house.

You know a list isn't very popular when you vote for a thing and it instantly goes up two places...
Anyways Civilization V is in my top 3 games of all time:
Battlefield 4
Skyrim
Civ V

Watch out for Gandhi

Those who don't know civ were born under a rock it's a simple to play fun game been a follower of it for ages.

Sure it has it's quirks but it still holds up to time it is a amazing game and even though I have beaten it countless time I can still spend hours paying it, I have about 457 hours on the steam version of it right now.

How are Shogun 2 and Empire ahead of this. Rome Total changed strategy gaming and for its time and still now it is the best strategy game of all time

Even after 11 years this game makes just as much fun as it did back then. The graphics may not be great anymore, but damn the gameplay... Addicted since '04

This game is legend. Ok the ai isn't always challenging but this is the best game for a strategy gamer who likes to build and upgrade cities and expand a huge empire

I play this game for about 12 years and I'm still not fed up with it! 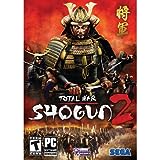 The Contenders
11 Company of Heroes

The one of the mighty civilization before and after of Jesus Christ is Iran (Persia). But that not exist in this game... That's horrible, that's so ridiculous...

There are Nubians and Bantu, but Great Persia and Xerxes and Cyrus are barbarians :| so ridiculous, ain't it? It's horrible. I think they are enemies with Persia... Oh my GOD...

This is my favourite strategy game ever made!

Thank you for giving me the privilege to experience such an amazing game!

14 Sins of a Solar Empire

Best game ever, too bad of all the people using maphack and cheats. Zero hour was the bomb!..

Generals should to be in the top ten because it was the last c&c wich was good.

This game was my childhood. I loved this game and it really introduced me to mythology. The campaign was amazing and epic. Every god was fun to play. Amazing music. I need to play this again...

All I can say is-great game. it is best game related to mythology and I love this game

This game, particularly beyond the sword, is fantastic. And I have played so many strategy games.

How is this below V?

It's a great game provided you have the expansion pack.Good naval warfare as well.Might have extended it to the modern era as well

I thought it's #1 strategy game before loading this page. isn't it really the best? Addictive gameplay and massive online battles should make this number 1.this is old but awesome.

Because it's Starcraft II. Appeared as a 3 part game. Continues the great story of its legendary predecessor, Starcraft.