What happened to Crash? He used to be so big back in the late 90s and 2000s. Now he's completely irrelevant. I guess it just goes to show ya that nothing lasts forever.

He used to be the ruler of Playstation, and now since Master Chief knocked him off the throne, it wouldn't feel the same again.

Crash has gone through so many developers over time, but I just wish Naughty Dog would make his games again.

It's been years since they made a battle toads game.

What in the world is Bonk? Firstly, I think you have to have heard of a game to forget it, and nobody's heard of this, and also... What kind of a name is bonk?

When I saw the link to this page I already knew who I was going to vote for and I'm glad to see he's in the top 3! It's a real shame that Hudson Soft went under right before they were going to release a new one...

I'm not really in to Bonk.

I miss Rayman so much.
I did enjoy Origins, but it was not the Rayman game I wanted and for whatever reasons, I just could not het into Legends.
Rayman 3 is my favorite game in the series and I really wish he could return.

The only time I remember to be playing a Rayman game is on the Xbox 360, I forgot the name and the gameplay, but I just... well, remember it.

Rayman 2 the great escape was my first video game I have ever played! Rayman is awesome and now they ruined it

I miss these series, I used to always play these games. now they have that stupid white rabbit.

I don't understand what's so great about a gecko that's obsessed with T.V.. Whoever is obsessed with T.V. has no life. Nobody wants to see a wise lizard, unless it's selling them insurance. *coughs* Geico. I remember watching that Dorkly video where Gex meets with his agent, and his video game series is over. He did want to be in Super Smash Brothers for 3DS & Wii U. So, what happened to Gex? Well, he's a Pokemon now & his name is Charizard. Hey, at least he got into Super Smash Brothers... As a Pokemon. I wouldn't want his own video game series to be rebooted.

This was a series about a gecko who was transported to the media dimension after he had swallowed a transmitter that he mistook for a fly. With consoles taken over by first person shooters, it would be great to have series back on the run.

Vex should come back. He was such a beloved character.

I played this when I was young, it was on the nintendo 64. They are far from great games, but they are light fun. I believe only two games were released, I have the second one. I don't miss it. Now that I think about it, where are Bomberman and Banjo-Kazooie on this list? They should be closer to the top.

I've never heard of it, but I guess that's the point.

I never heard of it.

What happened... one of the greatest games for NES. Shame its gone...

It's back, but we don't know of a sequel to it's reboot.

Woah, the company who came up with this is smart, but the people's software not

These are the best games I've ever played EASY. The free roam is excellent, the story is even better, the gameplay is fun and fast, though challenging. The script is funny, the ideas are great (e. G dark jak, desert missions, that impossible tank level on jak 2! ) and it's such a shame that they never make any where NEAR as good platformers nowadays than 2001. Ratchet and Clank? Still a great game, but nothing compared to Jak and Daxter. Thank GOD the Jak games are coming to ps3 in February (the best in my opinion is jak 2) with 3d and trophies. But only 1, 2 and 3 (Jak x and TLF aren't coming)

Why didn't naughty dog ever make a Jak And Daxter for ps3? Sure, uncharted is a great game, and more popular, but think about those poor platform fans who are tired of ratchet and clank. I actually like Jak and daxter way better than uncharted. Here are my ratings:
1. Jak 2: Renegade 10/10
2. Jak and daxter: The precursor legacy 9.5/10
3. Jak 3 9/10
4. The Lost Frontier ...more

Where is Jak 4? Seriously, I am not the only one expecting another Jak games from you guys Naughtydog. Jak and Daxter games are a much better franchise than Uncharted will ever be. I wouldn't be so upset with Naughtydog if Insomniac didn't do two series at the same time which they did. But you guys take two years (2007, 2009, 2011) just to release an Uncharted game with little innovation or improvement over the last and without doing another video games series at the same time. What? I know that Andy Gavin and Jason Reuben left but that shouldn't mean that you would go corrupt without those two. We expect great games from you with or without Andy and Jason.

This is my idea for the next Jak game you should make. If not Jak 4, how about a whole new Jak and Daxter series say "The Recursor Legacy" (as it is no longer the PREcursor Legacy) Let Jak go through the adventure with only his four original weapons from Jak 2, and throw in the Jak 3 weapons later when he gets into hero mode ...more

Platforming nostalgia turned up to the mx in this series. A true sequel to Jak 3 may never be released, and maybe it will be best that way, but the new HD collection on ps3 is a great buy for old and new fans.

NO game of the generation came CLOSE! I've played less advanced games from 2014! 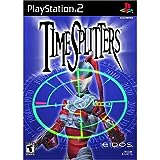 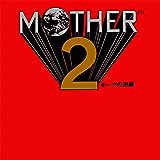 please EarthBound is my favorite series and Mother is my favorite game series. I've complained to just about everyone I kno about it being forgotten and the manga is only in Japanese which is something we NEED, considering we're not getting Mother 3. they have my favorite characters in it, such as Ness, Tony, Duster, Claus, Lloyd and a lot more. please give this game like a movie or something

I wish to play this one day and also I think it would be sick and successful if nintendo made another earthbound game, considering that Ness is popular via Smash and games like Lisa and Undertale have gotten tons of attention and are based heavily on Earthbound. I mean think about how many people are interested in Metroid after the success of games like Ori and Hollow Knight

I'm feeling that Nintendo actually cares about though, They finally approved EarthBound for VC, Had Ness in Smash Bros. And tried their best to make it appeal to everyone, but failed because of things like Call of Duty and all the others that were pushing us to the side like trash... Itoi must have been sad after the results of the series in America...

Only 1 game was released in the US, and sold horribly because it's catchphrase is "This game stinks."

Especially the Star Force series and the Battle Network series 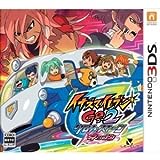 The best game I have played yet...excluding mafia 2 and 3 of course they truly fail to capture the unique essence of this kickass game. I 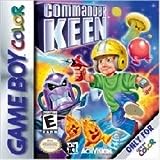 The game of my childhood. I love it but they left it on a cliffhanger. They should definitely do more but don't make it all 3D, keep it classic!

How can you possibly think that Ice Climbers is better than all these games. Ice Climbers is arguably one of the worst of these games. I played it and I was very bored. The gameplay is shallow, the controls are clunky, and there isn't much of a compelling goal. Getting lots of points is a substanceless grind and there's not much else to do. It would be cool if they rebooted it but they'd have to change just about everything.

Dig Dug and this are the only on the list that don't suck.