The Wario Land series by Nintendo is one of gaming's most underrated. It managed to reinvent itself with every installment it got, and this is eight installments we're talking about! Unfortunately, Nintendo doesn't care about it anymore, but which games were the best? Let's find out!
The Top Ten
1 Wario Land 3 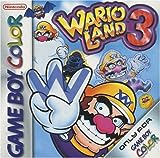 This is easily my favourite Wario Land game. I love Metroidvanias, and this entry is just such a good combination of that, and the ordinary 2D platformer. I've always just loved games where you start off as weak but as you grow stronger, you gain more access to a level. And the day/night cycle just adds even more flavour to an already near-perfect game. Imagine having the most explorative and stereotypical collectathon of the bunch, and add a day/night system which switches up things! An underrated gem! 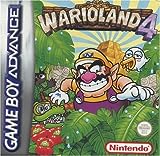 I had low expectations on this entry because I loved the metroidvania style of WL3 and was disappointed to hear this one took a much more linear approach, but I was surprised by how much fun I had with it nevertheless! I loved the abandoned ruins setting, as it gave such a different feel from the other games, and the visuals aren't just downright beautiful, but it's also creepy when it needs to be, which adds to the spooky atmosphere I just mentioned. An absolute masterpiece!

A 3d Wario game? Now that's what I'm talking about! That alone gives it something none of the other games have. It could've been better, as it's a little too short in its current state, and not to mention a little wonky, but for being Wario's first dip into 3D, it's more than I could ask for! Some peopel consider it part of the franchise, some do not, but it's chronologically set after Wario Land 4, aka, the same universe, so I'll allow this game on the list! 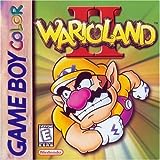 This is by far the most revolutionary entry of the series. Most of what we love about Wario Land originated from here, like being invincible, no timer or floating blocks, transformations, etc. In my opinion, it feels like a more straight forward version of 3, without the added depth of that one. But that's not a bad thing. I do however, not really like the linearity of this game. I was always frustrated that when you beat a level, you can't replay it until you beat the game. It just kind of leaves a bad taste in my mouth when I don't get a piece of that map, or I realize I missed a treasure. And the fact that you have to pay coins to get them also leaves a bad taste, not only because it's luck, but also because my coin counter barely ever goes higher than 1000... One one hand, I love it, but on another hand, it certainly has more flaws than most entries...

This is one of the most underrated games in history. While WL3 was more polished, it lost the brilliant story that WL1 and WL2 made great use of, and Wario Land 2 has much more things to do, as there are hidden paths and a crazy hard final level, and while Golf is a better minigame than Flagman DD, Wario Land 2 makes up for it by adding more, and not making it hard, which is one of the drawback of WL3. Overall, I love WL1, VBWL, WL2, and WL3, but Wario Land II pulls ahead. A true classic. 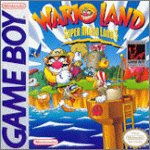 Probably one of the most classic handheld games ever, and one of the games that have stood the test of time the best. The amount of content in a Gameboy game, is just mind-blowing. Secret worlds, secret treasures, and just all around great gameplay. It's only #4 because it's not as refined as some of the other games.

I'm really conflicted on this particular game. On one hand, it was my first one, and it has by far the greatest artstyle, boss battles and soundtrack, no contest. But the gameplay is so frustrating..., the missions are so harsh to the point I'd rather not do them, and shaking the money bag always ends in a couple of million bucks landing in the water. But it's a game of its kind, even if it's the weakest entry of the series. 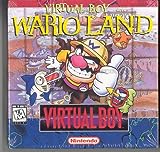 It's the only good game on the Virtual Boy, but that's not saying much. As a game itself, it's good. It's similar in style of the first game, and does the job well. But the fact that it's the Virtual Boy makes it all and all a pain to get through.

A nice game. Left off where Wario Land 1 left off and added more to it.

I haven't played this one, but it's kind of considered part of the series according to Smash Ultimate, and I wanted a complete list. From what I've seen on Youtube, it's pretty cool, in that you use the stylus of the DS to draw transformations for Wario. I enjoy the more puzzle-centrism of the game, as I love brain challenges. But it doesn't hold a candle to the Wario Land games...