Definitely 'THE PENTICAL' of a Yoshi game. Whether it's just his or where he is part of a cast of other characters, like 'Super Mario World'. Before this game cane along, 'Mario World' was the G.O.A.T..Now, I don't think there will ever be a great Yoshi game like 'Yoshi's Island' again. His 1st true game & the G.O.A.T., period.

Since the day this came out it was destined to be a classic. Its gameplay is executed perfectly and looking for the collectibles is always good fun.

Super Mario World is better but unless its considered a Yoshi game this is the best.

Hands down best Yoshi game. The Baby Bowser fight was epic and the music was catchy

Its gameplay is rather reminiscent of Yoshi's Island, so fans of that game are sure to love this one! It may be a bit easier but the smooth controls, amazing graphical style and beautiful music make this well worth playing.

It was pretty great and I might get a Switch considering a lot of games I would like are coming to it being Yoshi's Crafted World, Luigi's Mansion 3 and Metroid Prime 4.

This was a highly crafted game with insane graphics. The plot was amazing, and it is a perfect combination of gameplay and graphics. Amazing game.

The cutest yoshi game plus you can make your own custom Yoshi s and you can p! at as poochy!

I had this Yoshi game since I was a kid. The plot is great, and Yoshi is EPIC!

This game is one of my favorite N64 and best video games of all time in my opinion.

I have it and it's good.

I was disappointed by it. I knew Woolly World would always be better, but I didn't expect this much of downgrade. Instead of six large worlds, there's instead 16 SMALL worlds, and it's hard to keep track on them, making it lose its identity. Not to mention, the music and level design is much less appealing. It's pretty meh

Nintendo's Best Work. Not only is it beautifully crafted, (pun intended) but the style and characters never seize to amaze me. They may as well make this the fame of the year!

It came out Yesterday, and the trailer looks so amazing. I'm not saying it's the best game, but it definitely deserves to be higher!

Best game out of all of them should be a lot higher in the future. 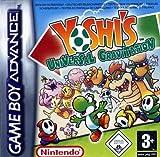 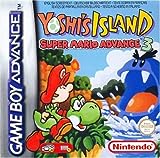 It's essentially centered around Yoshi as another spinoff, like Safari, so as much as Yoshi's name isn't in the title - it counts!