It can cause permanent scars and it just plain damages your lips and skin; also must I point out that Kylie Jenner uses lip fillers and injections to achieve her famous lips? I need say no more.

It is really useless, and it does not have a good outcome! One of my friends did this challenge, and the skin above her lip was red and swollen for a couple of months!

Stupidest trend ever, I hate seeing this all over YouTube.

Can someone tell me what is so great about balloon lips?

They were only good until Vine came along and ruined it with its HIDEOUS face!

I like YTPs they make me laugh all the time but some of them have a lot of homophobia which I hate.

It stands for "secretly we are gay" which can be homophobic.

Damn Daniel is a 2016 viral video. Daniel Lara and his friend, Joshua Holz, who are students at Riverside Polytechnic High School, reached their Internet fame after their video, an edited collection of Snapchat videos, went viral on social media platforms such as YouTube and facebook.

Thanks to this stupid meme, I avoid saying "damn" outside of the internet because people will only say the stupid meme.

There was seriously nothing funny about this.

7 The Dress
8 These Nuts
9 Dabbing

Dabbing uses now days originally comes from marijuana culture. It was about vaporizing concentrated marijuana (this marijuana doesn't help with seizures, it makes you get very ill later on) usually in a form of wax or hash, by placing it on an extremely hot metal object called a nail and inhailing the vapors produced. The nail is usually heated via blowtorch. Inhailing this harsh and concentrated marijuana often causes one to cry and wipe one's tears away while coughing and passing a bong.

I used to dab. That is my biggest life regret.

Dabbing is old, people need to stop doing it.

Has this died yet?

I have anxiety when it comes to school ( especially tests) so before finals came out, I got an fidget spinner and it helped me focus on studying and got rid of my stress. But after getting it, I saw on the internet whiling doing some research about it people using it on their makeup, making candy out of it, and of course, a diy version. Later, people I know started getting them because they were cool although they didn't have any problems. Soon, everyone had one even if they didn't have problems and I started to see channels on YouTube that didn't have anything to do with toys started using them just to get views.

As a stress-reliving toy, it's not a bad thing, it's fine... As a trend, it's annoying... I see these dumb "Fidget Spinner Giveaway" livestreams on YouTube, and YouTubers over-saturate them into clickbait videos... Besides, how did it even become a trend?

Fidget spinners... I don't want to have it & I don't have 1.
I see much of youtube videos about it. I think it's stupid, making videos about spinners...
It's a very cancerious trend...
It's not helps with autism... But helps getting autism.
I hate spinners, it's worse, than bottle flip.
I was happy when I saw IHE's video "I HATE FIDGET SPINNERS".

Don't get me started on this. Do teens already know that Tide Pods are bad to consume? It's a stupid trend that's just for teens to do sucide.

What's worse than a cringy or bad internet trend? One that could kill you.

14 Using "Cancer" as an Insult

Rolf Jacob Sartorius (known by his middle name), born October 2, 2002, is an American singer and internet personality, who rose to fame via social media from posting lip-syncing videos on musical.ly and his Vines (on Vine). In 2016, he released his debut single "Sweatshirt", which reached the Hot 100 ...read more.
16 Clickbait

Autistic Screeching is a stereotype. Most autistic people are high functioning and normal.

FACTS. People can be so incredibly rude these days.

That's an insult to us autistic people.

The worse version of dabbing.

"Harambe" (27th May 1999 - 28th May 2016) was the name of a male western lowland gorilla in the Cincinnati Zoo who was shot and killed by a staff member in 2016 due to child negligence, sparking public outrage and later a revered internet meme.

Just, please put this trend out of it's misery. 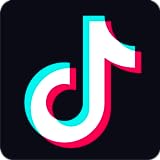 This one isn't so bad, but I included it because it actually killed someone.

Describing someone or something "smol" as a cute, shortened version of the word "small". Although it's silly, this is a pretty harmless trend in my opinion.

It's so cringeworthy. I don't know why it just is.

Probably the worst trend everrr. I used to take A LOT when I was 11. Not even going to get started on that