This is well directed movie with excellent sreenplay and chronology. Music makes every scene good. Also, there is great dialouge and roles are very very good. One of my favorite movies.

You can't know the facts until you know the fiction.

Easily the best of 90s and one of the best ever.

The best movie I ve ever seen. Each scene taken is awesome. Hats off to tarentino, samuel jackcson& travolta

Lets ask ourselves a question a movie about basically nothing that doesn't even give us an answer by the end or a movie about a daring escape you decide. #pulpfictionisoverrated

I couldn't choose which one to pick. Forrest Gump, Of this. I just picked random because I couldn't decide

You people are ignorant if you think pulp fiction is better than this movie.

I love films that just tell a story. and I think this lists really reflects that. There is really no judgment in most of the films on this list. They don't have an alternative motive. They are just fantastic stories.

Made the line "Run Forest! Run! " very famous and possibly Tom Hanks greatest role in a movie to date.

Definitely my pick. The action was great, the comedy was great and the Dinosaurs looked so badass

Definitely one of the all time best movies of all time.

Changed CGI Forever and made Disney great again after a disappointing decade in the 1980s.

Amazing movie. One of the most revolutionary.

Terminator 2: Review
Well since its 1994 and there's not much u know... Special effects. 93% in rotten tomatoes. I can't decide which one is better Genisys or Judgement day because they used too much action, Arnold being silly. But in Judgement Day, I like everything about it. Really a good movie 10/10

Machines could one day take the control of the world if mankind is not carefoul with those things.
The Movie is a warning of that...

Man, what a great movie.

The Best movie ever

9 The Silence of the Lambs

It's not my favorite series, but the first movie was great. And It's definitely the most influential movie of the 90s. Everyone started copying the way they did their SFX.

This is one movie that could actually be true. Who knows? , we all could be dreaming.

Masterpiece. One of the most original and creative movies ever made.

I'm sorry but how is this not in the top ten? Hell should even be in the top 5 at least.

Never break the first two rules. A classic and easily one of my favorite movies.

Love this movie. Will always love it. It gets some undeserved hate

Titanic, although overrated the effects of the time cannot be ignored and the drama is unforgettable.

14 Beauty and the Beast

This is the best Disney movie ever made, better than all the rest I must say!

Tarantino's first directorial effort was fantastic although ultimately I value it below Pulp Fiction. Both films are great. 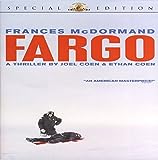 Probably the most hauntingly atmospheric thriller ever made.

Most underrated Star Wars movie of all time. People need to stop judging it because of jar jar binks. The movie had great music, visual effects, and memorable characters. My favorite scene was the pod race scene when Anakin won the race. So far this and episode 7 had the highest box offices in the series. Don't listen to the haters. If there is a Star Wars movie to hate it, is episode 2 attack of the clones.

Although not achieving much critical acclaim the movie was a box office success.

The Big Lebowski is my favourite movie of all time as of now. It should be in the top 5 at least, and should honestly easily make the top 3. Absolute classic.

My third favorite, behind Pulp Fiction and Goodfellas.