The first time I watched this movie, I had to pause it and lock all doors and windows first. I turned all lights on and, before I went to sleep, I double checked them, made sure the locks are okay, checked every corner of the whole house, with me constantly taking a look at my back. I still do that till now.

Though the scare factor wears off after a few rewatches, the paranoia this movie brings doesn't EVER wear off.

Wow. This movie doesn't scare me AS much as when I try to go to sleep. I cannot go to sleep without thinking Michael Myers is about to stab me in my sleep. One time after watching it, I heard a noise down my hallway and couldn't fall asleep for an hour. And I figured it out, too. People who voted for another movie are purely and simply evil.

This great and inventive film inspired a new generation of horror fans to go back a few years and watch the slasher films that were the inspiration for this particular film. Wes craven was one of the few true masters of horror. Great film.

Scream is a great slasher movie because it rebooted the slasher genre and it was something new. Ghostface was a normal character who could die. The characters were likeable as well.

Wes craven really knows how to mix horror and satire. My 7th favorite movie of all time

The gr8est slasher film ever. Guys when it is revealed who is the killer we get amazed. Superb movie

3 A Nightmare on Elm Street 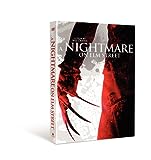 The original nightmare and part 3 stand out as being the best of the series but all are worth a look. There will never be another Freddy related film to touch either. And even though it gets a rough review from most I thought Freddy Vs Jason was good. Very fun. Very creative... And who wasn't sitting around for years waiting to see it.

Freddy is the best character, by far. Michael and ghostface are great too but they don't provide the energy that Freddy does. Freddy is also hilarious and is pretty funny. Michael doesn't even talk and ghostface isn't as tough as freddy

This is one of my favorite. Movies...
I like the both parts of the remakes( 2003 & 2006)... Well... The original series 0f 1980s was also awesome!.
But the remake of the movie is much better...
This is the best slasher movies of all!...
Oh crank... The chainsaw will freak you out...
Anyways... Jessica beil rocked in "the Texas chainsaw massacre(2003)... And Jordana brewster in "the Texas chainsaw massacre:bloody beginnings...
Well guys... Watch this movie... And you will definitely like this movie..!..

This is the best slasher of all time. The remake is definitely not better than the original, just more gore and less suspense as well as bad acting.

TCM is a very pure horror film and effective as well. It's gritty realism hasn't been replicated in any film since, and remains an under-rated masterpiece of cinema.

The granddaddy of all horror cinema. It was the best when it came out and not one film has touched it since

Better than Halloween: better music, more mysterious killer and than more iconic since 3d chapter, more gore (Savini! ) Don't listen those that say carpenter invented Slasher with Halloween, it was already done with Black Christmas and some giallos as well.
I like Halloween but I love Friday
Oh yes, by the way, TCM is absolutely not a slasher! And if Scream gave Slasher movies a second born, you can't put it at the same level as 70-80s classics. And to finish, Jason rules!

A very good, mysterious movie but the Final Chapter was the best of the series. Where is it on this list.

The only successful mainstream blend of two horror franchises, this film pits Freddy against Jason, and the result is an awesomely entertaining hour-and-a-half of slasher gore.

The film puts two of the best slashers ever made together in a showdown, it's a bit silly I agree but at the same time entertaining and exhilarating.

This was hands down, the best slasher. The story lines, of both Nightmare on Elm Street and Friday 13th was excellent

Tons of fun! It's like Ali Vs Frazier in the horror world. Wasn't perfect and I'm not huge on cgi but I liked it

I just didn't feel the spirit of the Friday franchise in this movie. Yes, it gave a shoutout to the first four films but it felt so generic. Sometimes rebooting a franchise doesn't always work, the grainy look, lack of technology (phones/computers) and location made a real difference in the originals. Tell me something, why isn't part 4 on this list? It was the darkest, best directed of the series and was the last time Jason was the true antagonist. People started cheering for Jason after that.

Worst of all Friday films but still worth a watch.

I feel uncomfortable even clicking vote, with Chucky staring at me...

13 I Know What You Did Last Summer

Way too slow! The buildup took too long and the payoff was disappointing.

The original deserves to be in the top ten. Remake not so much. Very scary slasher

This movie was so good

This isn't a slasher movie, if you want a Dario Argento slasher go with Deep Red or Tenebre

While scream 3 is the worst scream movie in the series, it is a underrated sequel that I have fun with. It has problems, but it is a decent sequel.

The worst in the series, but it is still an enjoyable sequel. I like the mansion chase at the end. It's just a fun movie. 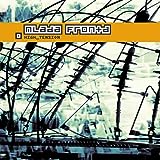