This is just simply beautiful and touching...

Really good just not the best movie of the year!

This is a classic. I love the story. It is always a pleasure to watch it

An amazing film with fantastic acting and story, but I think this list is faulty. New Moon shouldn't be on it let alone T2 on the top. This, Avatar and District 9 have a shot at it for me, but this one really does me in, it's a near perfect film.

Best of 2009 and one of the all time best. Tarantino's best tied with Pulp Fiction. A must watch for any critic and movie fanatic like myself, not to mention great performances from Brad Pitt, and Christoph Waltz

Are you tired of Star-Wars, E.T, 2001: a Space Oddesey, Back to the Future, or what ever, not saying that they're bad to be honest their like top 100 si-fi movies of all time. Then watch this. Definitely a top 10 favorite movie of all time.

Global: $2,782,275,172. This movie brought us new CGI graphics. Definitely the best. This movie is one of the most grossing (box office hit) of all time

I loved Up but Avatar is better. There and better casting
And was the highest grossing movie of all time.

I can't believe it lost a chance to win an Oscar for Best Picture. Forget the Oscars!

My very favorite part was when Amber Turd died super early in the film.

This should be in the top 10.. This movie was so hilarious.. I couldn't stop laughing the whole movie

My favorite movie ever, so funny and random, avatar is boring.

One among the few comedy films that was perfectly made.
Hangover=100% entertainment guarenteed

Favourite movie, I know all the words. Watched it since it came out. Last time I watched it was last week. Love love love it

8 Harry Potter and the Half-Blood Prince

This movie was exciting. Some people blame the romance but it doesn't bother me. The sad thing though is that dumbledore died.

I am surprised to fine this film so low, I didn't expect it to be number one but at least in the top 10!

This movie is Awesome! I've seen Avatar and it was good but this is even better. Great cast, great special effects, great sound, great everything. Just an awesome movie.

Robert Downey Jr took on the role of the infamous detective with swagger that rivals Captain Jack.

12 The Princess and the Frog

13 Cloudy With a Chance of Meatballs

Best and most underrated movie of the year, why is Avatar, Up, The Proposal, Zombieland, The Blind Side, The Hangover and Coraline higher than this, Coraline? gotta be a joke.

The best movie of the year Transformers was good, Up was good too but far from deserving top spot!

Wait they made a movie off of this? The comics were great so I hope the movie was good.

16 Transformers: Revenge of the Fallen

The movie's not that bad actually. It doesn't have to be accurate to the G1 series. It's just that movies like this one are only a hit and miss. Honestly.

Really better than the other movies of the list

One of the most underrated films that I seen

19 Ice Age: Dawn of the Dinosaurs

Easily the greatest film of the year, and one of the greatest sci-fi films ever. Pays homage to movies like 2001, but still remains interesting and very psychological.

That earthquake scene at a Walmart grocery market was intense. 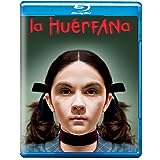 Very underrated movie. It is the best horror movie of 2009!