The following list compiles the best movies produced by the Sony Pictures Animation branch of Sony Pictures Entertainment.
The Top Ten
1 Cloudy With a Chance of Meatballs

Cloudy With A Chance Of Meatballs is possibly the best Sony Pictures Animation movie to ever be produced. Sure it doesn't stay that much true to the source material book adaptation. But the movie makes it up for its fun and enjoyable execution that delivers creative writing with an inventive script, really funny comedy, clever gags and great plucky characters. On top of that, it also offers one of the best Pete Oswald's unique and cartoony art style of Animation that works very well in CGI, with fluent movement and fast-paced slapstick; it fits the silly and goofy premise of the movie. I loved this movie!

It's sad that Sony Pictures Animation has been going down in the dumps now. In 2009, they made one of the best animated movies ever, and it's the Number 1 movie you are seeing right now (as of March 23, 2018) The comedy and plots were mixed to make a great story. Unfortunately, they made the Emoji Movie, which had terrible humor and plot, and the message really didn't fit right.

It's sad the studio from this great movie made a terrible movie years later... (However, they had different directors)

This is one of my favorite movies! This movie is one of the best movie about Father-Son relationship!

Screw Spiderman! This is the best and only good movie I've seen from them that they have released.

2 Spider-Man: Into the Spider-Verse

Even though I am not a huge fan of Sony Animation studios, I do enjoy this film. It's got some colourful animation, a good story, great sense of humour and it's a huge blast to watch, considering how there is more than one Spiderman type character.

Let me tell you a story as I write this in 2018. A year ago, I found myself at the movie theater, ready to purchase a ticket for Pixar's Coco. But while I was doing that, I saw an elder black woman purchasing some tickets for her and her grandsons to go see Sony's The Star. In my mind, I was flabbergasted that Sony Pictures Animation would be getting any money from them that holiday season when they deserved to see a much better movie with Coco rather than a movie by the same animation studio who made the reviled summer disaster that was The Emoji Movie.

Zoom right to 2018 and I'm at that same movie theater. Only this time, I wasn't giving my money to Disney or Pixar. This time, I gave my money to Sony. And let me tell you, for every second of Spider-Man: Into the Spider-Verse that I saw, every penny that went into the ticket I bought to go see it was totally worth it. Into the Spider-Verse isn't just quite arguably the best Spider-Man film to come out in recent years. It was ...more

Not only is this my favorite animated Sony movie, but is in my Top 3 Best Animated Movies. This is what got me into surfing in the first place. I love the characters, I love the story, I love the humor, everything about Surf's Up is top notch, except for a few things

Aside from that, if you haven't watched Surf's Up already, go watch it. NOW!

by the way, my favorite character is Chicken Joe.

I love this movie. Great premise, amazing cast (and Mr Santa but whatevs), and, I wouldn't say I'm a huge fan of the character designs but at least it's not Flint Lockwood.

I haven't seen this movie, but I'm sure it is good.

I love this movie

I had a thing for boog

I really like hotel transylvania, my favorite is johnny, he is so funny.

It's got great animation and lovable characters.

I really liked it

7 The Pirates! Band of Misfits

They made this movie? I thought the people who made shaun the sheep did...

It is one of my favorite movies.

8 Cloudy With a Chance of Meatballs 2

Pretty bad film and Flint cried and Steve's even more of a dick.

It isn't my favorite, but I giggled a few times honestly.

Greatest video game adaptation of all time. Hands down.

I love this movie 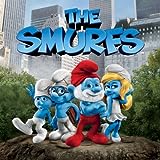 I love this movie. This movie was my childhood. I don't find it as annoying as the chipmunks movies.

The person who said they hated this movie should get dragged to Brazil.

This movie also isn't made by Sony Pictures Animation.

I hate this movie.

I liked this one better then the first one, the little baby is so cute.

I really liked it

I did not like this movie at all, everybody knows that you only zing one time in your life, this is said the whole movie both movies hotel transylvania 1 & 2, and now dracula can zing again?, and it happens with a human no less, we all know the fit dracula had when mavies wanted johnny in the first movie, all of the music in the last 10 min or less I am really sure how long it was, is very annoying as well, and this movie just ends, she says yes to marrying dracula then it just ends, the kids where very annoying with the dog the whole time, the other two movies where so much better then this one, 0/10

This was pretty good. Personally liked this one.

I love this movie! This is my favorite movie! My favorite characters are Gene and Jailbreak, they are so cute!

Sony is the best. Until they stole Spider-Man. Emoji Movie is still the best though.

Beautiful. Huge upgrade from the originals and, along with Captain Underpants, is one of the more underrated movies of 2017. Strong cast, decent jokes, and perfect animation

It is way more faithful (to its original source material) than the live-action The Smurfs duology.

It's funny, cute, entertaining, and quirky. I like it.

20 The Mitchells vs. The Machines

I'll be back when this brilliantly great and enjoyable film is in the top 3.

Screw this movie. I wish Smurfette were gooshed for being whiny. Crying like babies is not what good girls do.

Worse than the first.

This is easily the worst in the franchise.

It only took me five minutes of watching this to realize how awful this movie is. The first one was great, but this was just a effortless sequel that tried to advertise WWE stars.

Still a better Open Season movie than the second and third ones.