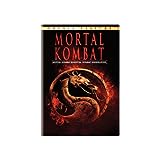 Mortal Kombat is the best movie in video game that ever made on planet!

It was a great movie. The game is so awesome, though.

Detective Pikachu is actually quite a good film, contrary to popular belief. To the mostpart, it was accurate to the video game, and Ryan Reynolds was great.

Should be in the Top 5

Haven't seen it yet but I do want to.

5 Final Fantasy: The Spirits Within

7 Prince of Persia: The Sands of Time

This movie was fantastic...

It's way better than all the movies above.

This movie wasn't amazing or anything but it was a decent film, with lots of laughs and a grouchy main character who we all loved to see grow throughout the film.

In my opinion this is the only video game movie that is good.
(I have not seen halo forward unto Dawn yet though)

For what it was I really enjoyed this movie. It felt like the video games, had the main voice cast who play their characters really well (though I don't care too much for the new characters). I know it relies a lot more on fan service than quality writing, but it's certainly a harmless 90 minutes that I may see several more times in the future.

A quaint and colourful animated adventure that feels a lot more true to it's source material than most video game movies.
This one at least felt like the game leapt off the TVs and right onto the big screen.

It is the best video game movie I have seen and it is so funny. As second comes wreck it Ralph...

All of the movies is great with pokemon!

Even though it is no Wreck-It Ralph, let's at least be happy that Dwayne Douglas Johnson aka Rusty Phallic in Frigid Fire's Rusty.

This is excellent for a Mario movie. Maybe the remake will be even better. Ignore the critics if you are a true Mario fan. This is one of the reasons why Mario is better than anything else. Mario saved all of video gaming.

21 Lucario and the Mystery of Mew

This is an almost word-for-word adaptation of the game, which benefitted from strong writing due to being a visual novel. All the charm and enjoyability from the games is definitely here as well. I recommend checking it out at least once.