Who would've ever known that all Cudi had to do was link up with Kanye in order to make an amazing project? Cudi is simply at his strongest and coldest both lyrically and vocally on this album, and I love how Kanye shows his appreciation to Cudi's psychedelic production style here. There's seriously not a single bad song on this album. It's so damn good. I never would've thought that Ye and Cudi would make such a great team, but here they are.

Without a doubt the greatest album of 2018.
1st listen: this is weird
2nd listen: ah, I kind of get it
3rd listen: that's it! I'm buying it now
4th listen: best cd purchase ever

Who knew that Cudi was gonna make a perfect album? If I was told that in 2015 I would've laughed and called it 'horses***' due to his disastrous 'Speeding Bullet' album.

Most people think Kanye West is just a meh guy these days with not much to look at but he also proved them wrong. He's a genius, in everything. The production, verses, lyrics, everything is fantastic here.

WHAT Lightning Strike is #1 song while THIS HERE at NUMBER THREE? Don't be kidding it's JUDAS PRIEST modern music sucks these legends keep rocking upvote them please

Being sarcastic of course, there is no reason a rehash of a 40-year old hard rock (!) band's old work should be considered the best album of a year in the 21st century or even one of the best

Best album to come out in YEARS! Fantastic odyssey from the pioneers of metal!

I really liked this album. Especially Lightning Strike and Sea of Red.

Long live rock and metal, even if it's not in the mainstream. (Popularly =/= Rate)

3 You Won't Get What You Want - Daughters 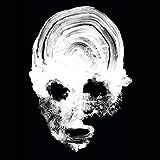 This album is BRUTAL. This album is NOISY. This album is HEAVY. This is what people listen to when they wanna tear down the drywall in their bedroom. This is what it sounds like in the mind of a psychopathic madman chasing after you in a dark swamp with a rusty meat cleaver. This is the album that we definitely needed this year, maybe the whole decade! This dropped at the perfect time in the mood for the Halloween spirit; everyone on this site should be listening to this.

Listening to this is like watching a serial killer slowly dismember his latest victim.

So, how many extra snob points do I get for listening to this before Fantano reviewed it? 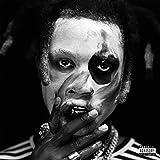 Best on this entire list and definitely of the year. No bad song in the entire thing. This guy's best in the game he's lyrical, smart, not corporate, and never desperate for attention. And unlike Eminem, as much as I love him, he didn't Bonn other rappers in the game for attention, but instead Denzel didn't say names, and just mentioned that people go the corporate directions of rapping about drugs lean and money and all that. And how he's never gonna do that. This guy is among the best I've ever heard, and he will probably be just as strong next year

This is Denzel at his best. His executions are amazing here. Not really a fan of dark music but this is a helluva good listen. 10/10

Such a great album. Probably one of the best rap albums of the 2010's.

Very underrated, album has a ton of variety and the couple of features are good 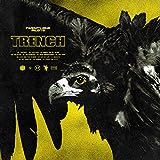 I was extremely worried about this album. TØP hadn't made a bad album, and I was worried that this would be the exception. I loved the singles, but what if they were the olnly good ones. I was relatively new at the time, so I was excited but afraid that it would flop and wouldn't be very good. Boy was, I wrong, this might be their best yet, and maybe even one of my favorite albums of all time. They nailed everything, the production, the atmosphere, the lyrics, the mood, the passion, everything is there. This album sounds fantastic, it's different, but it still sounds like Twenty One Pilots, none of the songs sound like they don't belong. Jumpsuit is the perfect opener, this is how an album should open, with a bang, and explosion of sound that you don't forget. This is followed by Levitate, and it transitions into Levitate PERFECTLY. The lyrics are complicated, but not confusing, it is a oerfect metaphor for leaving things behind (in Tyler's case, his christianity). It revolves around ...more

I've listened to it enough times to declare it as my favorite album. Their previous records might have more classics than Trench, but this one is the most consistently good album they've ever made.

After getting a record player for my birthday, I would just like to say that this album is the first album I've bought a vinyl copy of. I know I've said it before, but I love it.

This album was absolutely amazing, they worked so long and hard on it.. I think it deserves more recognition. 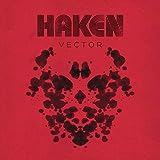 The only problem with this album is it's to short well at lest for Haken. Other then that it's easily the best album of the year. 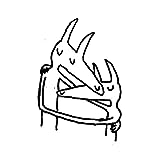 Gotta love it when an album makes you want to smile, cry, jump, and embarrass yourself by singing along, and often all at the same time. In all honesty, few albums have made me feel as deeply as Twin Fantasy. The bitterness and hurt on the original is replaced with newfound wisdom and perspective, replacing heartbreak and spite, with reflection and forgiveness. It's beautiful to see an aspiring musician's vision fully realized, especially when we get to go along that journey with him, at least in a musical sense, and that's what makes Twin Fantasy such an experience.

I wish I could go back to Aug 31st and wake up to this surprise again. This is early 2000's anger, meets MMLP2 lyricism, meets modern production. Love it!

This was the saving grace of the genre in total. Only one bad song in this entire album which is Nice Guy and a part of that is the screching feature in this song. With a perfect ending to D12, lobs at mumble rap, eminems personal life, and in general, whole new types of beats, this album is f I r e.

Easily the best album of the year.

I've been waiting for another Pusha T album for a while since his release of Darkest Before Dawn, and unfortunately it didn't turn out to be the sequel like we were promised, but I am completely satisfied with the fact that Pusha still brings his snarling vibe and Kanye brings his flawless production. 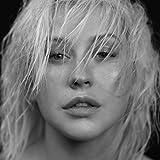 It just have to be the 1 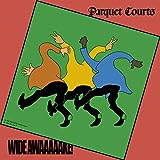 Everyone can stand this, everyone.
It's not metal, it's rock. And it's rock that's a lot more appropriatley appealing. 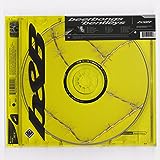 Half of the year is almost over... so far it's a very close race between this and Kim Wilde's record which one is my favorite of the year. This album is diverse in musical influences, it bends the conventional idea of genres and mixes various styles so fluently and harmonic that it really gets the absolute maximum out of modern pop music.

My love for Post Malone tells me to put this album here!

I give it a 4/5, Post Malone is pretty good in my opinion. 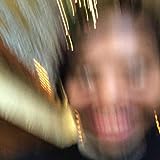 Why so low? Not my cup of tea, but this is still an instant classic for many. Crushing work.

Earl is such an underrated rapper.

He dedicated it for Chester. Where are the LP fans at?

I fall in love this album. 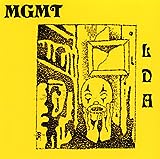 Honestly, this equals MGMT's best works. It's at the level of Congratulations. The difference between the two albums is that you could do acid and listen to congratulations and zone out with surreal feelings. But with this album, while you're on acid, there's a flurry of real life emotions going on through your head. From suicidal thoughts to relationships that didn't work out to does to friendship. This album has a great amount of emotional content in it. Definitely my favourite of 2018.

Carti continues to do what he does best - hypnotically ad-lib over spacy beats - so don't expect anything mindblowing here. Backpackers will hate it because he's not saying anything, and it's repetitive, and yadda yadda yadda, but to be honest, sometimes all you need is a good beat and to sound dope over it.

Shout-out to Pierre Bourne for giving playboi carti a career!

18 My Dear Melancholy, - The Weeknd 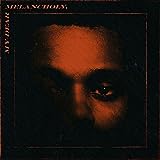 The Weeknd went back to his R&B roots and it sounds amazing. His voice on Call Out My Name sounds so perfect. In this autotune world, The Weeknd is one of the only ones who does not need it and has talent.

Usually not a fan of the weeknd or his voice or his kind of r&b but this was actually good.

Full of emotion. There were some really great songs on here!

This album is underrated. This is a masterpiece. 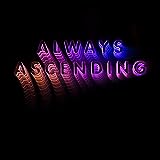 Only Travis Scott can take a genre like trap rap and make it actually good.

Gotta be this or Beerbongs & Bentleys right now I'm giving it to this one!

Awesome productions and it was super enjoyable, his flows and vocals are quite enjoyable. 9/10 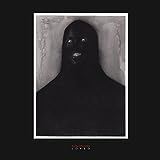 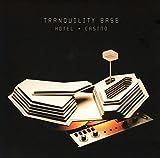 Arctic Monkeys have always changed for each album, but I wasn't expecting this. They toned way down on the guitars and instead mostly relied on pianos and synthesizers to create this glam/lounge-like sound. This album can basically be described as David Bowie meets Elton John.

I get why people might not like it but just remember, AM have always been experimental and in my opinion this album is brilliant.

It's a hard album to get into. I never could imagine Arctic Monkeys going in this direction. Either way fantastic album.

One of the only albums this year I actually liked. Looking further into AM.

I have a question: how did it become a thing since last year that American hip hop or hip hop crossover albums are that short? XXXTentacion, Lil Peep, Kanye West, Pusha T,... they all released studio albums lasting for just over 20 minutes. For mixtapes or EPs that's an okay length, but from full studio albums I'd expect at least something around 40 minutes (35-45 minutes) on average, and everything that's longer is just awesome - I wanna get something for my money. I also dislike the lack of physical releases from many US hip hop artists.

24 Safe in the Hands of Love - Yves Tumor 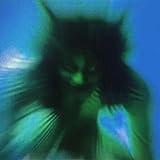 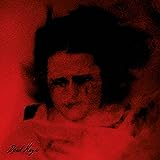