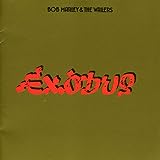 Exodus deserves to be at the top of the Marley oeuvre. Not only is it his most cohesively flowing album, but it also contains some of the best, and most popular, songs of his career. It's notable that the Legend greatest hits compilation includes more songs from Exodus than from any other Marley album. I saw Marley in concert within a couple of years after Exodus was released, and songs from Exodus received repeated, and extended, standing ovations from the audience. An all-time classic!

It's nearly impossible to choose between such incredible albums like Uprising, Kaya, Natty Dread and many more, but for me Exodus takes the cake. It was Time's album of the century for a reason. The Heathen, Exodus, One Love, Natural Mystic. Simply incredible. The greatest musician of all time.

Every song on the album is terrific, but I just can't listen to one song separated from the others. It has a beautiful concept and flow. Probably one of my favorite albums of all time. 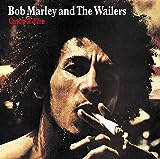 No dis a plan from the very first time I heard it I was 7 years old and still listen to Bob today I'm 45 and still love them almost have every album he put out.

Sublime from beginning to end, the best Marley album. 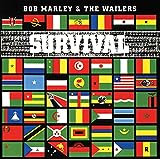 This album is the ultimate; Bob Marley at his most revolutionary. The beat, the political, and the message on the entire album are so inspiring. Just listen to the words on "Babylon System" and "Ride Natty Ride".
"Survival" is awesome

Simply the best. I have his entire collection and this is the best. Its obvious his albums with more popular songs rank higher. But this is hands down his best. Bob at his most political. Catchy tunes. Simply the best

Beautifully produced, there is a zen-like thing going on with this album that is really unique in his discography. No catchy hits, and none are needed. This album has it's own thing going on. Love it.

Obviously the best album all the best songs such as ride natty ride, one drop, survival, Africa unite and ambush I'm the night much better than those reggae/Pop commercialised songs! 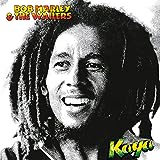 Has the best first 3 songs on any album. Easy Skanking sets the mellow tone of the album and has lush female backing vocals.
Title track's lyrics are amazing. All touching the sky and falling rain. Nice
Is This Love is the purest expression of infatuation; just beautiful.
The production on the whole album is fantastic. It's endlessly listenable

Extremely underrated album. Contains such great and ignored tracks as She's Gone, Sun is Shining, Misty Morning, Easy Skanking and Time Will Tell. It does not have a bad song

From first to last each track has a different vibe..

Why is this Album 8th?! This album contains arguably his greatest piece, No Woman No Cry, and other superb songs such as Lively Up yourself, So Jah S'eh, Natty Dread and Revolution. Such an underrated album, should be minimum in the top 3.

Uprising and Catch a Fire come as close seconds, but Natty Dread is just superior in it's flow and consistency. It doesn't miss a beat. Simply the greatest reggae album ever created.

Best Bob Marley album, plain and simple. Every song is great. Other

Not as overtly commercial as some other albums but "them belly full", "rebel music" and "talking blues" are amongst the best reggae ever 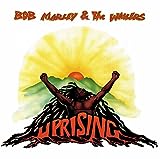 Not a bad song on the album. Also includes two of my favourite Marley tracks: Could You Be Loved and Redemption Song, although all the others are quality as well. All in all a near perfect album!

Coming In From The Cold; Real Situation; Bad Card; We and Dem; Redemption Song; etc. This one flows and all songs are equally great. This is his best

Not a bad song on the album from Coming in from the cold to Redemption Song.. 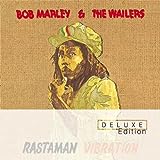 Great songs that work together as an album. Melodies, lyrics, fantastic playing. If you want the definitive reggae rhythm section, this is the one. Yes, they got albums more popular than this one, but none better. A revolution.

He really describes the life in the slum with this album. Brilliant. Tracks like Positive vibration and Johnny was is suberb.

I've listened to Bob Marley for forty years. This album is first and last among them all "Who feels it knows it"

He just brings the Ghetto uptown with this Album! 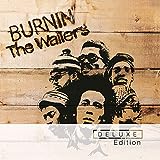 His most confrontational album, the powerful bass and Marley's fiery vocals capture the spirit of rebellion

This may be a bit biased of me, since a lot of people would say that a "greatest hits compilation" is not an actual studio album. But I'm voting for this because is has all of Bob Marley's best songs in my opinion!

Legend, to me is just the perfect combination of Robert Nesta Marley's top hits. As soon as I reach Punky Raggae Party, I am ready to start over with Is This Love, what an amazing artwork. Thank you Bob Marley!

No question, it should not be possible to have such versatile, passionate, and genuinely good tracks together on one album 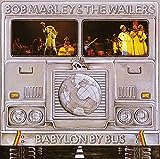 The best of bob marley 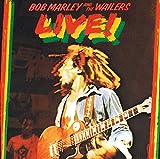 Listen to this and then wonder if there has ever been a better live album... If there is, I d love to hear it!

Showcases what they were able to do musically and the atmosphere they created at their very best. 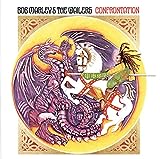 Highly under-rated. Possibly because it was promoted by one of his most insipid and bland pop songs. But the rest of the album is brilliant.

This albums has some of Bob best songs ever right before Jah took him from us, it just doesn't get enough credit!