The Top Ten
1 Let It Bleed 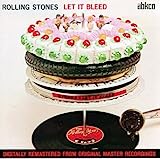 While Exile is considered by many to be an 18 song double album full of studs like "Rocks Off" and "Tumbiling Dice," it has its duds scattered throughout. Let it Bleed is a 9 song album full of 9 studs, the "worst" being "Love in Vain" or "Country Honk." The best include "Gimme Shelter" and "You Can't Always Get What You Want." Some other studs include my favorite Keith song "You Got the Silver," my favorite Charlie drum part, "Monkey Man," the great bass line in "Live with Me," the lesser but still great "Midnight Rambler" (YaYa's Out has the best version), and the great title track, "Let it Bleed."

The top 5 on this list would be mine but not in the same order. Exile had resurged as the fashionable favorite, not just since it's re-release but for many years. Probably because it got unfairly judged by it's critics in it's time. But,.. come come now.. let's look back on rock'n roll history. Exile does not have any of the orignality or intensity that the top three had. Let it bleed, Beggars and Sticky fingers. Given the choice of one Stones record and it could be a double album, I'd choose HOT ROCKS or ROLLED GOLD any way. That said, "Shine a light" is one of my all time favorites and I do love the record. Some Girls has another flavor some Stones fans don't like, but for the time, from a 60's band, fu.. 'n great! Think about it. If the Stones had gone heavy, it would have been worse than a joke. They stayed true to their r'n b, rock 'n roll roots and fresh at the same time with a sense of humour, throwing in a bit of dico "Miss YOU" a great song!, a bit of punk with true to their ...more

Beggar's Banquet has some songs that, while great, aren't THAT good. I mean, I frigging LOVE songs like "Dear Doctor" "Factory Gril" etc. but they aren't songwriting masterpieces.

Sticky Fingers is very very very good, but it looks a bit too much like a collection of songs. I mean, after hearing the bluesy "Sway", you get the gorgeous "Wild Horses" and before you can get on with your emotions, you get "Can't You Hear Me Knockin'? ". I'm not saying the album hasn't got flow, because it flows just well, but... ehn...

Exile is a masterpiece, but the production makes it WAY too hard for me to listen to it without gettin' a Headache.

But this? This is one of my top favorite albums of all time. I could go ravin' on and on and on, but I'll let you look at the track list.

Musically, Let it Bleed is easily one of the Rolling Stones' more powerful albums. With hits like Gimme Shelter, Let it Bleed, and You Can't Always Get What You Want, Let it Bleed is a rock and roll masterpiece, blending ballads, rock, and pop into one album. 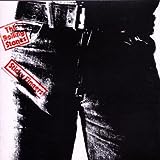 This is their high water mark. It is gripping and brilliant from the first bar to the last. Few albums command this level of attention throughout (Ziggy Stardust, Led Zep II, ISB's Earthspan, Tommy, Dark Side Of The Moon, The Wall, Focus 3, Abraxas & Cheap Thrills are a few that achieve the same). All of these albums display a staggering diversity and yet remain perfectly, complete and ultimately satidfying upon each listening.

My favorite of the stones. I love it because of classics like Brown Sugar, and Wild Horses, but also because of hidden gems like Sway, Can't You Hear Me Knocking, and it ends with Moonlight Mile, their most beautiful song, which I listen to a lot driving home at night

I personally think that Exile on Main Street is pretty overrated. That album contains too many fillers for my liking. But this on the other hand is a perfect rock 'n roll album. One of my top ten favourite albums of all-time. 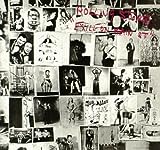 I like all Rolling Stones. But this one is different in some way I can't explain . Its just so groovy,jazzy,bluesy,punky I could go on...My personal favorite.

Obviously the best one. It's the best double album ever, beats out The White Album, Tommy, and Blonde On Blonde. Name me one bad song on this album, I dare you, The best of the best are "Tumbling Dice," "Rocks Off," "Rip This Joint," "Sweet Virginia," "Loving Cup," "Sweet Black Angel," "Torn & Frayed," and "All Down The Line." That's right, that's how good this album is.

I get why this is peoples favourite, the album has a good flow to it and there's no boring track to be found here, not even on the deluxe.
My order would be
Exile on Main Street
Stick fingers
Beggars banquet
Some girls
Let it bleed
Goats head
Tatto you
Aftermath
Bridges to Babylon (personally think it's underrated and if the stones had finished here I would of been happy)
It's only Rock and roll

#3? Exile on Main St. is awesome! It's the Stones at their grimiest and bluesiest, with too many great songs to count! Just listened to it today, and it might have dethroned Led Zeppelin IV as my all-time favorite record. There's a perfect blend of grit and catchiness which makes it badass while sticking in your head too. If LZ IV is the epitome of rock, this is the epitome of rock and roll.

Love the whole tone of this album. Has some really underrated songs on it and every one has something that makes it different from the previous albums. My favourites are sympathy for the devil, dear doctor and prodigal son. Deserves to be at number 2.

Every song is great. sympathy for the devil, jigsaw puzzle, street fighting man, stray cat blues, and salt of the earth are fantastic. The rest of the songs are great too. My fave album ever!

Pure genius, Jigsaw one of their most underrated tracks, would put it at a level with Exile as an album. 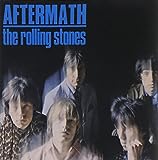 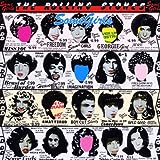 Don't let anyone fool you to think this is a disco album. Granted, Miss You may be disco, but the rest of the songs are a great mix of super-energetic rockers (When the Whip Comes Down, Lies, Shattered) and beautiful ballads (Far Away Eyes, Beast of Burden). While Exile on Main St. Has its week spots, Some Girls is a consistant strong record.

Come on, this has to be Top 5. Too many good songs in this album. Miss You is so groovy, Shattered, Far Away Eyes, and Some Girls are all great songs, and Beast Of Burden is a classic.

From beginning to end, the album is a 70s masterpiece. It's controversial, it's rocking', and it sure as hell is a classic!

Not the stones people were used to but great in its own write, there is so much energy in this album, a lot more up beat that many of there other albums, should be up there 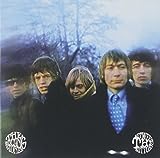 A fantastic album, it sees the Stones experimenting with as many different styles as possible while keeping consistent the whole way through.

The first stones album I bought. I still enjoy listening to it today. Right up there with Exile and Sticky Fingers 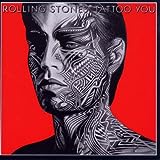 Side one is incredible, but side two isn't quite as good.

This and Goats Head Soup is the best ones for me!

Second half is classic stones...

One side okay, One side Blows.

9 Out of Our Heads

Includes one of the greatest songs all time, "Satisfaction." Brian Jones and Keith have some great guitar riffs in "The Last Time." I love the harmonica Mick plays in "Spider and the Fly," which I think is an underrated blues song. As well as some slower songs "Play with Fire" and "Cry to Me" which Mick of course has really great vocals in. I think all the 60s albums when Brian was still with the band are very underrated and this is another. All these albums post-1969 ranked above just do not have that Brian Jones magic. 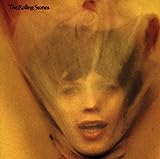 Oh my God, thank you for this severely underrated funk-rock masterpiece! "Star Star" is my jam! I love those Steve McQueen and John Wayne references, as they're HILARIOUS! Who knew that Steve McQueen was given...uh...hmm...how do I say this...uh..."HEAD" by a groupie? Mega OOF.

The Contenders
11 Their Satanic Majesties Request 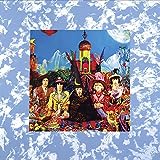 Criticised as a parody of Sgt. Pepper, this album gone down in history as smugness being punished with a healthy slap on the face. Yet, this is by far the bravest record the Stones made and also a successful attempt to drugthe listener in psychedelic rockers. I think the only reason why people don't like it as much as other Stones' albums is its poor radio coverage.

I love all the albums, but none of them quite have the same sound as this one. Sure, you could call Between the Buttons psychedelic, but that record sounds very Beatlesque - not a bad thing, but it doesn't have the feeling that this one has, the depth.

Most experimental album they made, with great psychedelic songs like "in another land" and "2000 light years from home" and songs that touch me deep inside like "she's a rainbow". This album is just totally complete

Great album. 2000 Light Years From Home is one of my favorite Rolling Stones songs. 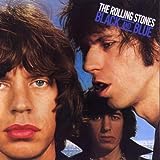 The Stones get more black than blue (with a great help from Billy Preston and Ron Wood) and they sound fresh and new! 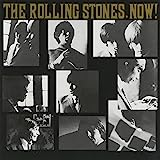 This has to be their most underrated album. What the hell is it doing down here?

Should be Number One, because of Down the Road Apeice, but all the songs on this LP were great... 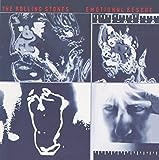 Not afforded the proper level of respect with some off the radar gems like "Indian Girl, Let Me Go, Send It To Me, and the great blues tune "Down In the Hole". Love the rheumy misogynistic Keith vocal on "All About You". 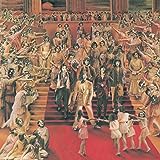 This isn't my favourite but it's definitely the on ethat should be 13 SPOTS higher.
1. Sticky Fingers
2. Exile on main street
3. It's only rock 'n' roll
4. Some girls
5. Let it bleed

Should be far higher than this perhaps 4 or 5 not 15th!

Why is this album so low! Amazing stuff. 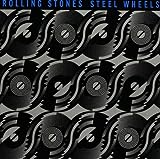 A band out of their time and place was how this album was viewed at the time. But listening to it now it comes across as a classic rock n roll album packed with all the riffs and emotions that made the stones great in the first place. List under underappreciated.

This Album changed my life. 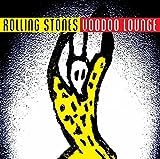 Love this one,
A great comeback album, far better then the 3 that preceded it. 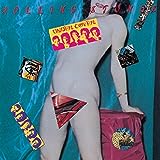 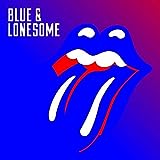 They finally got to make the album they wanted to make fifty years ago. It was worth the wait.

It's great that The Stones have gone back to their blues roots.. One of best albums from 2016 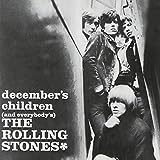 Very underrated album. In my opinion, it's more consistent than Out Of Our Heads and Aftermath. With songs like As Tears Go By, Get Off My Cloud, and You Better Move On, how could it be this low? 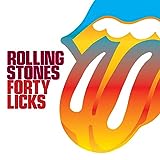 Better than its US counterparts 12x5 & Now!