Five Leprous albums have their own song ranking lists, but an album ranking list itself hasn't been created yet. So for some info, Leprous are a Norwegian prog band who started out progressive metal with occasional harsh vocals (like Opeth but more theatric and less depressing) with their debut and two demos. Later on they moved to a pure progressive metal sound, followed by semi-avant-garde prog metal, moving on to art rock, while their latest album can be considered a pop-rock record. This genre transformation is mainly the result of singer Einar Solberg getting more and more of the song credits and hence the focus moving away from the instrumentals.
The Top Ten
1 Tall Poppy Syndrome

Tall Poppy Syndrome of 2009 is considered Leprous's debut even though they have recorded demos before that compete with the best material of lesser bands. It has the highest rating of their albums on Prog Archives and for good reason: it has a significantly greater amount of prog going on compared to the art rock oriented later albums. The instruments play a greater role compared to the vocal-centred (let's say) Malina. The album is full of unexpected shifts, catchy keyboard riffs and even a lot of harsh vocals. I cannot imagine the reaction of a newcomer finding this album who discovered the band through their recent singles.
Best song: He Will Kill Again 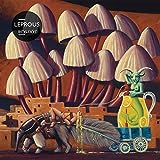 Released in 2011, the second proper full-length of Leprous contains considerably fewer influences drawn from extreme metal subgenres than its predecessors and leaning towards standard progressive metal, I would even go as far as saying it's their least original sounding record. Nonetheless the songs showcase high diversity ranging from the pretty commercial title track and opener through the art rock epic Painful Detour to the (as I see it) Between the Buried and Me homage Waste of Air.
Best song: Painful Detour

As immature as it is I was kind of tempted to vote for the final item. 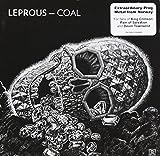 My favorite album of Leprous (edit: not anywhere near favorite) is not on the top of many fan rankings, a lot of reviewers describe it being too repetitive which is an overall complaint about the band for most listeners, but I personally find the repetition of obscure rhythm patterns much more effective than in (let's say) Tool. Coal is probably their least accessible studio album (except for single The Cloak) to date since it's much more of an avant-garde metal album than any of their others, and is much more centred on atmosphere than melodies. Along with The Congregation the album that defines their style the most.
Best song: Contanimate Me feat. Ihsahn 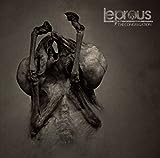 Leprous's fourth studio album has their most popular song The Price, and is the album of theirs that presents their signature sound the best. You can find everything that makes Leprous sound unique compared to any recent progressive rock/metal band in this album, and it also provides a sort of bridge between their old and new style. Definitely a good starting point for a new fan.

Haken has drawn a lot of inspiration from this period of Leprous for their 2016 album Affinity, mixing it with various other influences including synthwave, jazz fusion, post-rock and even dubstep (Haken in general have a similar career progression as Leprous and toured together more times).
Best song: Rewind 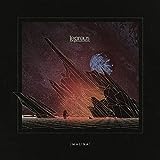 2017. If I listened to this album before reading the reviews, I would have thought it was a highly divisive record among fans. I am surprised to find out how many prog fans cite it as their favorite and how few haters it has, considering it's less progressive and much more accessible than its predecessors. After hearing the single Stuck I legitimately thought this was going to be a pop-rock album, I listened to in full only to be positively disappointed that the lead single is in fact the weakest song and a large portion of the album consists of art rock tracks reminiscent of post-Ok Computer Radiohead. Despite the major shift in style, the album still sounds uniquely like Leprous.
Best song: Bonneville

2006. Like Haken, Leprous has what I would call a zeroeth studio album. The sound quality does not drag it down much and if Tall Poppy Syndrome is your favorite Leprous album you are going to enjoy it more than some of the full-lengths. It has the same passionate progressive metal style with lots of unexpected shifts as Tall Poppy Syndrome. It even has some Gentle Giant-esque influences that make Haken's The Mountain one of my all-time favorite albums.
Best song: The Great Beast, easily one of the most recognizable progressive metal songs ever 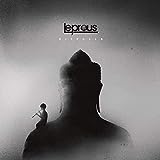 Their latest album in 2019 saw the band moving in even more commercial direction as Malina. Personally I don't despise it being a "sellout" band because including a 11-minute electronic prog epic seems to indicate that the shift in sound is perhaps not for commercial reasons but just because this is what the band wants to play right now.

While I dislike several almost all tracks from this album merely for their genre, I have to admit The Sky is Red is a worthy fan favorite which sounds like a track from Coal transcribed into an electronic-oriented style.
Best song: The Sky is Red, the only one I like actually

A 28-29 minute demo EP with 3 songs released in 2004, I guess one can call it the minus oneth album of Leprous. The band members were teenagers when they recorded this demo. 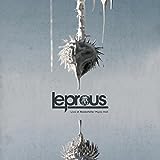 Their only live album to date. The singer's voice is just as strong as on the studio albums, and I prefer the live performances in some cases, especially Contanimate Me. 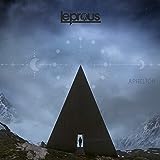