Nightwish albums don't count. Tarja must be credited as the or one of the main artists of the album.
The Top Ten
1 Colours In the Dark 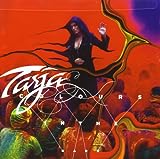 This is the richest, most thought out out of all her studio albums. The record offers a huge amount of different sounds, melodies and moods, and draws from a variety of influences. It feels as if Tarja shows us her dreamland. Despite having her catchiest, poppiest melodies, it also has the most surreal, dreamy tone, and her most classical singing on a rock album. It is a journey through the beautiful, stunning wonderland of Tarja's mind. "Lucid Dreamer" may be the best showcase of each of these aspects. This album is not just a collection of songs, but an experience. 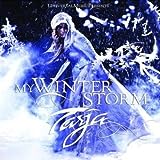 On "My Winter Storm" you can still feel Holopainen's influence. The sound is a perfect blend of classic and rock, with poppy melodies, and, as the title suggests has s very icy touch. It is also her most gentle rock album, very harmonic and even a bit calm. She was criticized for a lack of personality on this record, but it doesn't change how graceful it is. 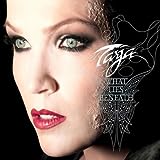 "What Lies Beneath" features a Tarja tip toeing towards her own identity after being obviously influenced by her Nightwish days. The album was released between "My Winter Storm" and "Colours in the Dark", but it does not really feel like each. It has a clearer focus on rock, and unlike those albums feels more like a collection of songs than an overall experience as an album. It does not change that the songs on it are awesome.

Many thought of this prequel to "The Shadow Self" as a byproduct, but actually I like it more than the main album. Its 9 songs hardly have anything in common, drawing from country, musical, symphonic and even electronic influences, but each individual song is a great track. It is by far her least classical album. 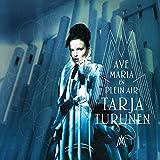 This album heavily polarized fans, since it is an entirely classical effort. It features Tarja singing twelve different compositions based on the popular prayer "Ave Maria". A graceful album of stunning beauty, but nothing for someone expecting her to give the classical songs a modern twist. This is classical music throughout.

On this cover artwork you can see how she separates her stardom from her classical career. In several European countries, Tarja is a music star and associated with her first name and logo. On her more classically oriented music she goes by her first and last name and uses a regular font. 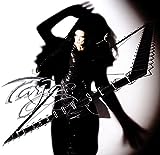 "The Shadow Self" is her most remarkable album to date, because it showcase how much she had evolved both as vocalist and songwriter and finally found a style of her own, blending a heavier hard rock and symphonic metal with her outstanding vocals. It features great musicians like Chad Smith from Red Hot Chilli Peppers and Alyssa White-Gluz from Arch Enemy, and noticeably uses symphonic elements in a more soft way. She changed a lot the way she sings but keeping the beauty of tone, the amazing range that now has low chest lones as well as laser-like high notes. A much more diverse and cohesive album dealing with the theme of dark and light as complementary in the human soul.

"The Shadow Self" has the least recognizable songs on a Tarja rock album. The classical elements have been very much reduced, and she barely puts on her soprano voice. The songs sound like taken from a rock opera, which isn't necessarily bad, but it is nowhere as gripping and emotional as her previous records.

7 Left in the Dark 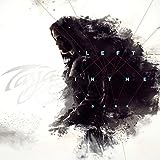 "Left in the Dark" feels like "Colours in the Dark"'s twisted twin sister. Like, everything is there, but it's different somehow. It's been rearranged and turned around, and in the end it's like a parallel universe's version of an album you know fairly well. I like this a lot though. 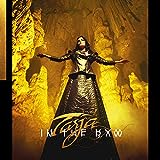 The Contenders
11 Beauty & The Beat (with Mike Terrana) 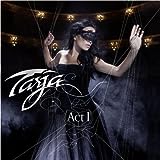