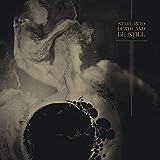 Stare Into Death and Be Still is the band's latest effort, released in 2020, and received acclaim from fans and critics; the band steps into adventurous territory with a greater inclination to creating a focused melody than ever before while still being dark and angular in proper proportions. The pristine production here provides a lot of breathing space for the instruments to emit their nuances, hence, being a whole lot more accessible. This album would serve as the perfect starter for those who want to get into the genre and gradually want to work their way up into the realms of Technical/Dissonant Death Metal.

Highlights: Stare Into Death and Be Still, There Is No Horizon, and Inversion 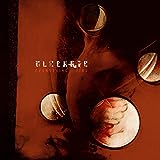 Everything Is Fire is the band's sophomore record that draws heavy influences from later-era Gorguts and Immolation. The band incorporates slow post-metal-sounding elements into their aggressive death metal sound. This album is where they started to stray away from a straightforward death metal approach and began focusing on putting attention to detail and pushing the boundaries by infusing dissonant riffs to create a crushing, monolithic sound. A large portion of the album tends to be mid-paced with bursts of speed. The album also features some of the most creative, varied, and heaviest percussion in metal.

Highlights: Withered and Obsolete, We Are Nil, and Everything Is Fire

3 The Destroyers of All 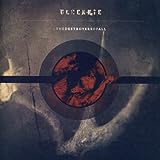 The Destroyers of All saw the band drifting more towards sludgy death metal by amplifying their atmospheric tendencies, such as chaotic bleakness, even more so than in their later works. The aggressive bits on Everything Is Fire replaces themselves with the doomy and atmospheric-oriented passages that dominate the soundscape, perfectly complimented by the seamless composition and intense drumming. The record draws inspiration from the structured chaos of black metal acts like Blut Aus Nord and Deathspell Omega. All in all, this record is a unique outcome of a series of other people's ideas well-executed. 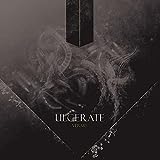 Vermis, the fourth full-length studio album, is like a cross between their previous two albums - a striking balance between the better aspects of those two albums. The record is probably the least accessible in their catalogue; the production is murkier than ever as an attempt to add to the darker and denser elements, which eventually help forge a gigantic wall of sound. And with the barrage of hard-hitting and gloom-ridden riffs leaves little to no room for any form of melody to make its way, which I suspect, is the reason why this album is the toughest one to get into unless you decide to sit with it and not expecting to be rewarded instantly.

Highlights: The Imperious Weak and Vermis 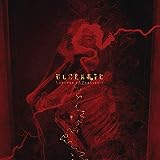 In contrast to Vermis, the production and mastering of Shrines of Paralysis sound less organic for the brand of music the band plays - the music is louder, with the guitars getting pushed back slightly to let the drums dominate the mixing. The album's striking resemblance with Gorgut's Pleiades Dust - EP, released in the same year, is hard to disregard. In my opinion, the purpose of this record gears to highlight the individuality of riffs and sections rather than on coherent composition. The album, on the whole, sounds like an extension of Everything Is Fire but with a denser atmosphere and colourful, melodic tinge to the riffs.

Highlights: Chasm of Fire and There Are No Saviors

6 Of Fracture and Failure 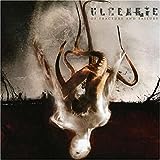 Ulcerate debuted with Of Fracture and Failure, offering nine tracks of raw and devastating dark death metal with a subtle flirt with melody. The contrast between the melodic undertones to the chaotic stuff makes this album a unique experience. Unlike subsequent releases, the primary focus of this album is more rooted in speed and aggression than in the atmosphere. The band incorporates an array of blast beats, a ton of fills, and engaging cymbal work. Although the memorability factor is a little compromised in pursuit of an all-out battering, it'll require multiple listens to appreciate the composition quality fully.

Highlights: To Fell Golgotha and Defaeco