By the time this came out, I wondered why they even bothered making other shooters. I would play this for days whenever I could. It was a blast! This game is more fun than black ops, ghosts, and advanced warfare, and it was made in 2004! I don't know how many hours I spent playing levels on legendary to collect all the skulls, played multiplayer for hundreds of hours. This game truly shines.

Forget multiplayer, this has the best campaign, story and soundtrack of all time. Don't know why everyone cries about the ending - cliffhangers are great! Better than Halo 3 in every way. Oh and it also has the greatest multiplayer of all time.

This is the best halo game out of them all. Better maps, takes the most skill. Saw the most improvement from halo 1 and put the hooked the gaming world with its multiplayer

I agree. We used to have an Xbox at school and my lunch times were devoted to halo 2. The only map we played was headlong. I now know the map like the back of my hand

Having two halo games at the very top should tell everyone how awesome the series is! I have to vote for halo ce! It's so hard to say which is better, but Halo ce I feel was better overall. Halo 2 had a much better multiplayer, but the horrible cliffhanger, and the graphic problems I experienced in this game brings it a little below halo ce. It came so close to beating halo ce which I didn't think could be possible. Halo 3 eventually beat both games by far in every way. Multiplayer, campaign, graphics, story, guns, vehicles, gameplay, online matchmaking, customization of armor, new features, etc.

I Love halo, and this is the game that started it all. Very few can compare to its graphics at the time, the story, the soundtrack, the adventure, the multiplayer. This game BLEW ME AWAY.
When my brother first picked this up, I was unhappy because science fiction and fighting aliens was not my thing. I ended up becoming a bigger fan than he is. This is one heck of a game!

To the other person that mentioned "Halo 2 doesn't have a level that can compare to Assault on the Control Room or Two Betrayals", THANK YOU. I couldn't agree more. I go by single player experience when voting, and the original Halo's is second to none.

Halo 2 has better multiplayer I'll admit, but I'll always love the campaign of this game more. The multiplayer is also really damn good here too, sucked up many hours of my life. Had it been Live enabled, it's right up there with Halo 2.

You'd have to be mad not to love this game, in San Best Grand Theft Auto and in my opinion, best game of all time.
Get it. Eight years late? Mate this game will last a century.

Best game ever. It has a little bit of every game. From flying, to super powers, to killing, to dating. Just awesome.

After Halo 2, this game is best on Xbox. But all in all, Grand Theft Auto San Andreas is best game of all times.

San Andreas grants a lot of features to the players and has an outstanding audio quality!

I really wish there were more games like this (by the way I have all the games in the top three at the time of this post all of them are really fun but this is my favorite).

Fable TLC better than 2 and 3.

The last good Burnout game before the series completely lost its mojo. This one still had consequences for hitting other cars which made it way more exciting.

Dang I forgot this was original Xbox not Xbox 360. My friend and I gamed on this back in 2009 and man, it was so much fun. Those were the days...

This game is just pure awesomeness! Ninja Gaiden for the original Xbox is one of the best looking and greatest games of all time. 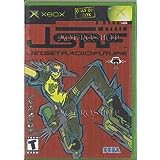 Great graphics, awesome gameplay, amazing soundtrack, an all around enjoyable, unique game and a perfect companion to the origional!

This game is awesome! People say it's underrated. That's because they just suck at it.

This is the most underrated game I've ever played. This game is almost flawless.

My all time favorite game!

How is this not on top? After that flop Angel of Darkness, Crystal Dynamics and Eidos did amazing! Story is flawless, boards are amazing and awesome character development. More people need to take a break from first-person shooters, and play this!

Vote for this. This is one of the best games I ever played. Lara is awesome, they added new features like a grapple hook, and the level design is AMAZING. Buy this, it's awesome! Trust me, you won't be disappointed...

One of the best TR games, EVER. if it wasn't for this, I wouldn't have other TR games. Heck, I wouldn't even have half the games I have now. This inspired me to buy more video games.

12 Knights of the Old Republic II

I felt that this was overall better than its prequel in every way, from converting your followers to being able to finally use Battle Meditation in combat. Sure some of the force powers may as well be non-cannon, but who cares? It was a fun game that had much variety within it. To this day, I find new routs and dialogue options that have I had never even known existed with each playthrough.

I heard that this was a very disappointing video game sequel!

Play it any way you want and it's still the best.

How on earth is this so low? One of the best looking and performing games on the OX.

One of my favorite games of all time. The graphics have not aged too well, but if you play it on the Xbox one x than it is a lot better.

Spent too many hours to count on this game. Easily my favorite xbox game of all time.

Next to halo probably sold more Xbox's than any game available at launch.

19 The Simpsons: Hit and Run

The Simpsons is a great T.V. show but the games are even better and this is one of the best Simpson games

Love sims, it's better on the computer but still good on xbox and ps2.

It's way better than skyrim. The best elder scrolls ever.

One of the best elder scrolls made.

Most underratted RPG on Xbox.

In my opinion, one of the best games of all time.

So great. Love going around the different levels catching ghosts and monsters in the Tomb of Doom!

This one should be good too. It should be like 3 or 4. When you play the game make comments about it here.

This game is friggin AWESOME it's so underrated. It's THE best game for XBox. Anyone who owns an XBox needs to have this.