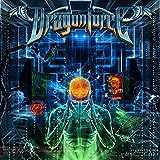 By far my favorite. I think they did such a good job and I love how high and epic Marc's voice gets, though at time it can be annoying its still my most enjoyed album by them yet.

Every song on here is creative and catchy. It’s unfortunate they arn't as long as their older songs though :(

3 Valley of the Damned

I'm embarrased that this was once my favorite band, but this album is still great.

It should be at top 3 at least. this one of the albums where I liked almost all songs.

Many may say that this album is lacking, but this is only a testament to the Force’s lasting fervor and faithfulness to their unique sound. The Fire Still Burns is an underrated jam and a true continuation of Through the Fire and Flames, and Heroes of Our Time is a straight up power metal CLASSIC. Not to mention the superb bonus track, Strike of the Ninja.

I really love this album :D

This album should definitely be at the top, Marc Hudson does a much better job than ZP Theart on vocals, Its more diverse and not always fast

Not only is this my favorite DF w/Marc album, but my favorite DF album across the board. This was the album that drew me into the unique style of DF, and what an album to get into power metal! Although I technically got into DF by way of TTFAF and binge watching Clone (Guitar) Hero videos on Youtube, it was the creative (or, should I say, titanic) cover of My Heart Will Go On that lured me even further into the exciting realm of power metal awesomeness. But even then, this album is always a treat to listen to, and serves its purpose well as a labor of love towards the power metal scene and the Twitch/Clone Hero community. Whether it be the eighties vibes of Heart Demolition, the intricacy of The Last Dragonborn, the quirkiness of Razorblade Meltdown, or the anthemic fervor of Troopers of the Stars, this is a must-have album for anyone getting into DragonForce!

By far the best other than Inhuman Rampage

Love this album a lot, but not even close to maximum overload for me.
1. Maximum Overload
2. Reaching into infinity
3. The Power Within
4. Valley Of The Damned
5. Sonic Firestorm
6. Inhuman Rampage
7. Ultra Beatdown

Best album to date. They incorporate many different styles of music but still remain sounding like dragon force making it there most diverse album yet.