Fallout: New Vegas has terrible combat, monochromatic setting and terrible graphics. But if you're able and willing to look past those surface level shortcomings, you'll find the most RPG-oriented Fallout of the 3D games (I didn't play 1 and 2, so I can't say anything about those.).

Indeed, the writing in Fallout 4 and 3 (and Skyrim) is so purile in comparison, that I have some serious doubts with regards to Bethesda's writers. I can only hope that they were trying to make the games easy to translate by minimizing linguistic depth, and easier on children by dumbing everything down, because the only alternative I can think of is this deeply depressing one: That writers like Bethesda's can be and are considered professional.

I like all three of the Fallout games but I think fallout 4 didn't have enough about mutants and cities. Fallout 4 would benefit from a mission like take back Quincy which leads on to other quests, or a vault filled with super mutants but I did love Fallout 4 workshop which evened it out for me. I didn't like that Fallout 3 and New Vegas didn't have sprinting and I am about to see a lets play of fallout 2 on YouTube

I did not really like fallout and fallout 2 because they were then based. Fallout 3,New Vegas and 4 were excellent games just think it Bethesda did not buy it. Anyways hardcore mode in fallout New vegas, 3 had the immersive enemies and weapons and 4 had the settlements each had something special which you always see in Bethesda games.

Just the mood and atmosphere, it's just great. One thing that most definitely helps is the soundtrack it makes you have this feeling that you remember looking back on when you played it. One of my favorite games if not my favorite of all time.

Fallout new Vegas I thought was better at first, but then I came back to this game and I realized, fallout new Vegas had more choices and your choices really mattered, however on that not new Vegas suffered from having nothing to do compared to fallout 3. What I mean by this is free roaming, fallout 3 just had a much more diverse map and fallout new Vegas just had, well a boring map to put it simple, if they chose a different area besides a desert it would have been a lot more fun, I mean come on a desert is about as boring as you could get for a place to explore lets be honest with ourselves. And then you get to Las Vegas and realize they kinda bombed the one too no pun intended, it just felt uninspired you know.

Fallout 3 was a huge step forward for the series. It had massive amounts of content and a great setting. Fallout New Vegas is good as well, but did not really make any huge steps forward. It was not a big enough jump. If Fallout 4 ever comes out I hope it is actually improved to the extent of the elders scrolls series. Oblivion to Skyrim was a huge improvement. The story was also good too. You go from a baby all the way up to a famous or infamous wanderer of the wasteland in search of your father, but as you continue yor search you get mixed up in something much bigger. The dlc is also the best with new weapons and enemies. F3: 9.75/10, FNV:8/10

Fallout 3 is the best in the franchise, in my own opinion. Though New Vegas and Fallout 4 are great, Fallout 3 has a much more developed story and a more interesting world, in my own opinion, and was the first game to kick off Bethesda's version of the already established expectations. New Vegas mixed up the formula a bit, but felt a little bit more bland compared to the interesting world of Fallout 3. Personally I think it's more interesting to walk through the devastated ruins of Washington D.C. then the empty Mojave desert, but whatever floats your boat.

It introduced vats. It brought the Fallout franchise into the new generation. It easily has the most diverse wasteland. How can this not be your number one? Sure, most of its DLC (sans Point Lookout) is garbage. Sure, the main story is worse than even Fallout 4's. But Oasis exists so everything's okay. 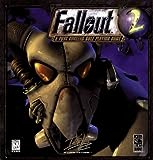 Didn't play this? You expect me to believe that, maggot? The truth is you lost a great a great experience of seeing a truly masterpiece. This game is soon going to come out of your pay, and you will remain maggot until you are five hundred and ten years old, which is the number of year it will take for you to have a genuine "fun" that you have lost. Report to the wherever place you need to get this game, then report back to me! DISMISSED!

Double-time it over to the whatever game center and get your own copy! Then report back to me. Dismissed!

Soldier, you still didn't play this truly masterpiece. I gave you a direct order to get a copy. Now, get of my face until you played this game!

I kinda like its dark humor, not gonna lie.

Sergeant Dornan, I like your character but I'm so sorry for killing you...

Timeless classic that would never be made today, it did so much in terms of humour and quests that were clearly what the devs liked as opposed to what the largest portion of people liked, yep no bland FO3 shooting or FO4 settlements to be found here

In my Opinion, Fallout 4 is better then Fallout 3. Most people who vote for 3 are so Nostalgia blind, New Vegas is Clearly the best, Followed by 2 and 1, and then 4 and 3.
Why though? Because The story is a thousand times better and you actually have choice, The Brotherhood aren't just some watered down good guys anymore. Not to mention the color pallet is way better, I grow tired of Fallout 3's colors an hour or 2 after I started playing because it's all so bland. The Settlement building really made Looting scrap mean something too, and building settlements is some people spend 10s of hours on. Not to mention Fallout 4 is to 3 that 3 is 2. A departure from the original formula that switched it up and made it more accessible to more people.

I like Fallout 4, but I'm sure that you people have barely played the other games.

Fallout 2... better than this... Honestly, I'm not sure what's wrong with you all.

I got this game yesterday, and it is awesome.

Masterpiece. Anybody that likes Fallout New Vegas and thinks it is the pinnacle of the series needs to go back and play this. The story and pacing are perfect and zero handholding makes you feel extremely accomplished. People always talk about how old the combat system and movement is, but seriously it will take one or two hours and it feels as natural as any other game.

The game that started it all. Damn this game gives me nostalgia especially the music that plays when creating your character.

The story is not that great but the game did well.

Micromanagement in this game hurts my mind so I just played it solo (easy mode)... Anyway, things start to get difficult when you're already against robots.

Great RPG, but the game focus on killing and no dialogues. Did I forgot to mention that you can ride cars in this game?

There is no speech dialogues in this game so charisma is kinda useless here...

At least you can ride a tank on this game!

This was honestly a fun game. Not all fallout games have to be long and full of complex story to be good, though admittedly that does help a ton. However, this game is still underrated for what it is.

This game is a cynical cash grab with little entertainment value.

I actually think this game is (right now) is good. But it obviously didn't launch well and still had heaps of bugs at launch.

Fortnite is terrible, and I hate you.

Boi this game ain't even out yet! :P