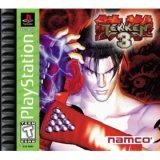 Tekken 3 is the twisted metal 2 of it's series.. It's really no contest. This game isn't just a PS1 classic, it's an all time classic. Great story, Very acceptable graphics, and 21 characters all with impressive combinations and costumes kept the replay value up. Not bad for 1997. It was short and sweet.

Best Tekken game for many reasons...

- Most story driven Tekken game so far
- Took risks unlike the other Tekken games; many characters were not present for the sake of the story
- Introduced some of the best Tekken characters ever
- Had the best soundtrack of all
- Major advancement in graphics, still holds up
- Best character and costume designs
- First Tekken game to introduce new game modes
- Best intro video ever
- More fluid movement and gameplay
- Very high replay value

Hey. I think it is the best tekken game. My favourite character, ancient ogre Was the final boss of this game.

It has best balanced players, side steps, good story. You don't even give any atention to the grafic in the game, for you are fully into the gameplay. 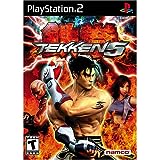 Good character roster, and the small bits of story sprinkled throughout the game with the character-specific sub-bosses and indeed the final boss cutscene keeps you trucking through the story with every new character just to see their ending. Later games seems to have disregarded this enjoyable formula, and have also disregarded another very important lesson from Tekken 5, that the boss is enjoyable to fight if he is challenging within reason. Azazel from Tekken 6 and Jun from TTT2 are conversely completely damn unreasonable with attacks cheaper than a Christmas tree in July, making the player more likely to just throw the controller away and go kiss girls than to keep bashing their head against that particular brick wall.

It's really hard to choose between all these great games! As I must choose, I choose Tekken 5 because it offers a huge selection of characters, stories well done, an arcade mode that gives a true longevity in the game and especially the first customization in Tekken. But the removal of Tekken Force as Devil Within mode is less good especially because of Jin.

Tekken 5 brings back the most memories for me, I remember the days of relaxing and listening the the great soundtrack, customizing, playing arcade over and over, Devil Within, it's an overall great game. King is my favourite in the series and I main him in every game, and he is so good in this game. T5 makes me so nostalgic

I haven't played this in ages but from memory it had heaps o characters and great movesets, my favourite was a toss up between 5 and 3 but tekken 5's extended roster and moves won me over. 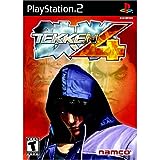 Easily the best and most underrated game of the series. This game introduced so many new mechanics such as walls ( and cielings), stages that looked real, personal combo saves in the characters command list, replay saves,the best and most serious story line in Tekken history, new characters like Steve Fox, and Craig Marduk, and it introduced intros. Come on, this game revolutionized and almost completely makes up the rest of the series from that game to now.

Perfect atmosphere, the game showcases memorable soundtracks which fit each stage like a treat, not to mention the tone of the game was a comfortable transition from its predecessors with improved character designs and development. The mechanics were solid and modes were plentiful!

This was the first opus in 3D. I enjoyed the stages, the soundtrack, the endings and the story-mode arts. The game-play based on side-steps rather than juggles was more to my liking. Of course, today I play Tekken Tag 2, but Tekken 4 was nice to play and disserves to be supported.

The best part of this game is the art direction. The costumes, stages, music, and story are top-notch.
The core gameplay is good, but not without its flaws. The differences in elevation changes the hit detection on every move, there are balancing issues(Jin is OP), and there are only 18 unique fighters(although technically there's 23, 4 of them are pallette swaps and Combot copies a random fighter's moveset so he doesn't count either)

TL,DR Art Direction is fantastic; gameplay is good, but not perfect.

Great game, albeit with a few failings. The entire game is non-canon, so the story is all around a bit silly. Indeed, the removal of sub-bosses and introductory cutscenes make the ending cutscenes the only character-specific bits of story to be found in the game at all and they're either goofy, short or goofy and short. The final boss is also incredibly cheap, for example having one attack that freezes you in place, drops you to 1 HP and then dumps you right in front of her so she can finish you off with a kick to the shins. As you can see, though, all my gripes are with the story mode, and that should tell you all you need to know: gameplay-wise, Tekken has never been better than in this game.

I love the special win poses, tag throws, tag assaults, everything about this game is amazing. Tekken 6 was all right... A little bit of a disappointment. But this game made Tekken amazing again after the disappointing Tekken 6.

I love me some Tekken 5 and 3, but damn, this is amazing.
may not be as story-driven as the two mentioned before, but 61 balanced characters, great soundtrack, amazing stages and lots of customization makes it worth my vote as the best and definitive tekken game

How can this not be number 1? It's the best Tekken game up to date and it's very challenging. More than 50 characters and amazing decal customisation.

My favorite game is Tekken 2. Tekken 3 is good but it doesn't have Kazuya or Jun. Jin is so overrated and is basically a copy of his parents. Tekken 4 is cool because of the storylines, the graphics, and the new characters. Tekken 5 is fine, mainly because of returning characters and some storylines. Tekken 6 is underrated because I like the scenario campaign. At least you get to pick which character you use unlike Tekken 5. The tags are awesome and the original is one of my favorites. In short, Tekken 2 is best of the best game series.

Gotta love playing with law, and jun kazama is a beast!

Loved the stages and the music and intro.

This should be higher because the story is amazing, full of plot twists and drama, the character roster is diverse and well rounded and some of the characters introduced eg. Alisa affect the story so much and are absolutely awesome

This I thought could've been a bit better, I did enjoy the campaign mode and gameplay but something about the characters seem off on this one compared to the rest.

HA HA! Tekken 6 is number 6 :) Anyway, It SHOULD be number one. It definitely has the best story line bringing in Lars and Alisa and their journey with Lars and his amnesia and Alisa being a robot an all. It's so diverse and awesome!

Amazing game in Tekken series. Nice moves and the players are also great. My favorite character is Bryan Fury.

For me, this Tekken was the best in the series for pure fighting and fun, it ignored the limitations of the story/timeline and instead offers a massive variety of characters from tekken 1, 2 and 3. This game is the middle point between the freedom of tekken 3's fighting and the limitations/balancing of tekken 4 and onward, I feel this should be higher than Tekken 6 by far because of how much effort was put into this game.

I think Tekken Tag Tournament should be higher on the list. It's as good as Tekken 3 and has the same feel but it's enhanced in a few ways. Better graphics, more characters (almost all previous game characters at the time). The only thing it lacks is any stories but that's only purpose. This game should at least be number 2 or 3 on the list.

God, I loved this game so much that I unlocked everything on two different memory cards. Ganryu and Kunimitsu were my favorites. So many characters, too!

Even if it got some cons, e.g. characters, I don't really care about the characters that left the game because the gameplay is what matters the most.
I would only prefer longer Arcade Mode and it would have been even better, but it still is in my opinion my favorite Tekken, the gameplay is changed, it is faster and it feels more smooth, the new characters aren't that special excluding one being my new main.
Overall, not the best Tekken, but definitely my favorite one.

Did live up to the hype, I love that solitude song on there! Combos are pretty good, lots of options on there.

This is a really good Tekken game and it deserve a better position.

It's the original, can't do a lost without the original game that got you into it, for what it is it's exceptional! Hope they remaster this game like they did with Spyro.

It doesn't hold up too well now. But if you look at what it was for the time, it's pretty impressive

Why isn't this higher!? It is by far the best game gameplay and content-wise. Took T5 and made it even better than it already was. It's on PSP but the graphics are still some of the best on the system. Greatest hits for sure.

Loved playing this game on psp, it had the feels of tekken 5 and tekken tag regarding characters and gameplay. 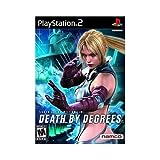 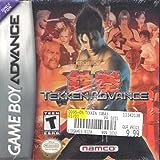 I have this game and it is pretty much Tekken Tag Tournament without characters except Xiayou, Yoshimitsu, Nina, Law, Hworaufjsdf, Paul, King, Gun Jack, and Jin. The boss is Heihachi but I don't think you can get him but good game for GBA

Perfect Graphic. Perfect Characters. This is the Best Tekken cause IS free to play and cause is Only For PlayStation Gamers!

Because Is Free to Play. Have a Perfect Definition of the characters. Have the Special Art. No have that ORRIBLE bound system. Have esclusive characters. Yes this is the best :))