I think that one notable change that this game has over its predecessor being that it has a more darker and creepier tone. For example, the original plays it more safe, as you are just trying to get your banana hoard back from those Kremlings, while in the sequel, Donkey Kong has been captured and you are all alone in an environment where everything wants to kill you. The music itself also sounds a lot more moodier than in the previous game, as it's pretty much obvious that they were taking cues from Genesis and Phil Collins for the soundtrack. Some others I can think of is the new jack swing-sounding Hot Head Bop, the elegant Forest Interlude, the Eurodance-influenced Disco Train and the gorgeous Stickerbush Symphony. I think for me, the tone itself is what matters most about this game.

My favorite game ever. So nostalgic to me... and damn, David Wise.
Tops the others in every possible way, but here some nuances / exceptions :
- DKC3 has better level mechanics, bosses, map system and side quests
- DKCTP has more environment diversity, and is nearly as good musically
- both aforementioned games are graphically as good as DKC2, if not better

This is my second favourite game of all time personally. It's also the game that made me aspire to become a video games composer. One day...

Amazing soundtrack, amazing level design and great varying gameplay from getting bonus coins to get to the lost world to making sure you had all the DK Coins.

My favorite video game of all time just barely beating out FFX.
I've played from beginning to *almost* end about 20 times. I've still never been able to get the Nintendo coin because for the life of me I SUCK at the arcade DK you have to beat to get it. I've actually never even gotten the Golden Banana from that arcade DK either... It's actually kind of sad.

Childhood at best. A collectathon even more. But it's a one of a kind Donkey Kong game and no matter how bad it ages or how old it gets, it will always be NUMBER 7TH BEST RANKING on the Nintendo 64 Sales list... Number 1 on my Nintendo 64 list. I don't think anyone could top this game, but it can't surpass the original DKC series.

Such a hard choice! This one has to be the best because of the world design! Not only that but it's the last good donkey kong. (tropical freeze and the Wii one are good but they will never compare to rare wares donkey kong games. )

This game is the main reason why I like gaming so much!

Like a lot of people, I adore the soundtrack to this game, I mean, you have classics such as Fear Factory, Life In The Mines, DK Island Swing, Aquatic Ambience and the like, but almost no one ever talks about the more atmospheric and lowkey awesome tracks, and Cave Dweller Concert is a perfect example, especially when the song hits the 1:48 mark. All of a sudden, there's harmonic instruments, and the song doesn't feel creepy anymore, in my opinion. When I visited the cave systems in the Yucatan Peninsula, I had this song play in my head, it's that atmospheric.

Best levels in the game:
Definitely Tree Top Town. It's just a fun level to just hop across the redwood trees! Snow Barrel Blast was another good example. Blasting through the snow-covered hills, and Orangutan Gang is my favorite jungle level in the game.
Worst levels in the game: Any level where I kept dying. Stop and Go Station was a good example. With those zombie Kremlings, you're going to have a hard time. Elevator Antics is another level where I kept dying, as well. You don't know where the elevator platforms are going! Blackout Basement is also a really hard level. You get the lights turning on and off at random, and cheap enemy placement!

The first game on my gameboy... I played it for YEARS, and I still do to this day. Can't get enough of this legendary game

I think this deserves number 1. As a kid I was so jealous my friends owned it and I didn't.

The soundtrack is phenomenal. Sure, it's mostly just remasters or just remixes of the original game, but the remasters just sound so good, with my favorite being the Tree Top Rock and Life In The Mines remasters. The new songs are great, as well. Music Madness, anyone? I always move my fingers to the beat of the song and mimic the hazards in the stage. The soundtrack just rocks in my opinion!

The rocket barrel levels. AAARRGH! And what's worse is that you have to use the rocket barrel to get to the final boss of the game, Tiki Tong! But aside from THOSE levels, it's still my second favorite game in the franchise.

This is a platformer through and through. Nothing feels unfair or gimmicky, it's just pure skill. This is my second favorite platformer of all time for a reason (Super Mario Bros 3 is first)

This one was the one I grew up with. It gave us a challenge. And that's what I enjoyed the most.

Another thing that's great about this game is the soundtrack. Sure, it may not be among the greatest platforming game soundtracks, but they got David Wise, the legend himself returning, so that's a plus. The soundtrack incorporates various genres into the mix and it sounds really good due to them working in perfect harmony. I remember when I had my friend from Tennessee coming over and he wanted to play DKC: Tropical Freeze and his toes were tapping when I got to the Trunk Twister stage. He then mimicked playing the violin and the guitar and I laughed. The Lost Mangroves area heavily incorporates blues and country for its soundtrack and I love it. Also, many other areas of the game include traditional German and African music, don't forget metal for its bosses and I adore the whole music genre diversity thing they're going for. DKC: Tropical Freeze. Challenging game, great soundtrack, you get the idea.

If Returns was a reboot of the series, then Tropical Freeze blows Returns out of the water. It introduced 2 new returning characters, Dixie Kong and Cranky Kong, plus Funky Kong in the Switch version. The gameplay is tight, the graphics are just as beautiful as Returns, with the stage Grassland Groove proving that, in fact the whole Bright Savannah world is great, and the Snowmads are a bunch of amazing new villains. I mean, come on! Their leader is a Viking walrus! Plus, when I went to E3 2013 in the summer, I played the Big Top Bop boss stage. That's when I really wanted to have this game. When February 2014 rolled around, oh boy...

My nostalgia would say otherwise, but I think this is honestly the bat Donkey Kong game to date (let alone Country game). The gameplay has been really refined here from both the old (original DKC trilogy) and the new (DKC Returns). While I did like Donkey Kong Country Returns, it pales in comparison to this masterpiece of a platformer, and I'd say that it's because Tropical Freeze feels completely new and creative with almost EVERY one of its levels, which is something that the games from the original trilogy strived for (maybe DKC3 to a lesser extent).

This game is often criticized for being shorter than Returns, but I honestly think that it's for the better, since I find that Returns drags on a world or so too long. This game ends right when it needs to, in my opinion, and if you still are craving more after that, you have an extra (though small) world that rewards you with Hard Mode, where you can play as any Kong individually. Speaking of Kongs, I also love the choices ...more

It is definitely the black sheep of the trilogy, but it serves as a great conclusion to the original trilogy, as well. Kiddy Kong may suck as a playable character, but you can be able to go nuts with his divebomb ability. The environments in the hub worlds and levels are diverse, taking various cues from the Canadian wilderness, the American Pacific Northwest, and the state of Colorado. It really reminds me of the great outdoors. The music has a lot of emotions, which the previous games in the trilogy rarely has. For example, the music that plays in the underwater levels makes you feel scared about what's down below the ocean, while the cliff level music shows off the feeling of adventure. The final boss is nothing special, though, as it is a major disappointment compared to previous K. Rool boss fights.

What to say? My favourite game of all time from when I took for the first time a controller.
I'm a big fan of all DK games and seriously, this game is VERY underrated.
I played all of theme, and nobody equaled the "emotion" I felt when I played this.
It has the best gameplay of the DKC trilogy, it has fantastic levels in my opinion, it has a great soundtrack (not the best of the trilogy), it has great secrets, this game has a lot things to do, and they are all funny.
For me, the only three games that maybe can overcome this are: DKC2, DK64 and DKCR. But this will be always my favourite.
STOP underestimate this game!

The forgotten game of the trilogy. DKC3 was played by few due to being released for the SNES about four months after the N64 was released. Although the soundtrack and challenge of the second game is much better, the third has many more things to do. The overworld is huge, and the graphics were very well made. The mini games were both funny and entertaining. A very overlooked game. Highly recommendable.

Although it was the weakest of the trilogy, it was still pretty awesomne and as well-done as the other two.

As someone who was mainly into the Donkey Kong Country series, I never really got into DK's spinoff titles. However, one really got my attention, and it's Donkey Kong Jungle Beat. I remember when I bought this game secondhand (plus the bongos) in 2013 around when DKC: Tropical Freeze was announced, and let me say, it was worth the wait for that game. It's of course, a platformer, but it's done in a more arcade style of gameplay where the more points (or beats in this game) you get, the more good at the game you become. It's a simple concept, but it's a fun game nonetheless. And the soundtrack's good, as well. My only complaint is when you use the bongo controller, your hands would become really sore from playing the bongos or clapping your hands.

I love this game so much!

You move with bongos

The controls feel great, the OST is AMAZING for 2004 Gamecube, and punching enemies with the controller, Donkey Konga Bongos or (If you own the Wii version) the Wiinote and Nunchuck

Seriously, how the hell was this not on here before I added it? It literally began the franchise

I got this for Christmas years ago. 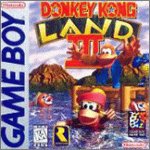 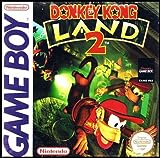 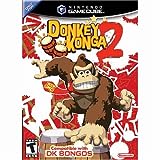 Is this any good? I never played it 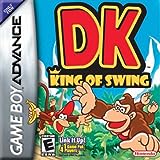 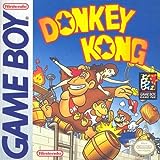 This game is the worst, terrible physics, screen crunch up the ass and overal not worth it when you can grab the gba remake. Its not like the other dkl games where they are different enough for people to appreciate too, its different in all the wrong aspects.

I loved this game