5 minutes to learn but a lifetime to master. It might not be as well known in the western world as the other games on this list but it is far and above in its own realm of complexity and depth. Most people think Chess is the king of board games but Go has been around much, much longer and is more wide spread. At one point it was considered a game of chance because the true depth of this wonderful and beautiful game couldn't be comprehended.

Originated in China, spreads to Japan and Korean, and the rest of the world. Simple to play; extremely hard to master. A person can simply win in as few moves as 7 or last as long as 8 hours to finish.

The rules seem simple. But I've played this game many times over, done a good amount of research, and I'm still struggling. Extremely difficult.

With more possibilities in a single game than atoms in the universe, I believe chess to be the hardest game ever. Go playing computers have not reached the elite level of play because no serious work is being done on the game. Checkers has already been solved by computers.

There have been thousands of book written on how to be a great chess player, and, even today, we are still coming out with new aspects of strategy and tactical play that those before us never thought of. This is truly a very hard board game to "master."

Chess is the best strategy game in the world. There is no other game that can even come close to chess. If I was given all of my favorite games I would still choose chess.

Probably the most famous strategy game. Mass amounts of nerds; somewhat easy to understand, and hard to master.

This is far more complex than chess, as pieces that are captured return to the game. Also, most pieces promote to completely different units.

Shogi is mathematically proven to be the most complex chess-like game in the world. 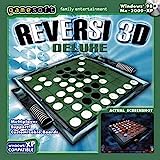 If you consume too many pieces; you lose. If you fail to race for the corners; you lose. Simple as that. Your opponents won't let you get the corners no matter what, deal with it.

Love it! Have played since I was a child. I have only lost 3 times. In 5 decades.

I learned this from a computer and I loved it. but It does not get as close then chess

Like Go it has simple rules but complex strategy

A simple to understand board game; how to master? Don't be the first to attack.

A very geometrically linear yet abstract board game

Xiangqi is very similar to the Western world's version of chess with few but noticeable differences. This is one that deserves to be third on this list.

Tactical-style gameplay. Each piece have weird movements and their own sets of rules for offense, thus making it hard.

Much more difficult than chess. It's very hard to defend your pieces due to the wide varieties of offences

I played this just as long as any other game. I am a very good player but I make ore draws in this and that is why it frustrates me.

ZOMFG. Gotta be god to actually win a game against a true pro since both players can force a draw right away.

Tic tac toe is the best 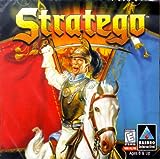 A strategy game like chess but with vastly more pieces and worst of all, they all are cloaked until they attack! which one is bomb? which one is spy? how am I supposed to find the flag?!

Gotta have a good memory, gotta be good with strategies and you're set. 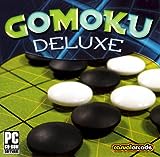 Has similar strategy to Go

It's a board game. It takes long to complete (even with two players). Luck dependence makes it especially hard.

"contains more than one game: deck building, collecting and playing"

One of the best board game.

You can learn the rules in 5 minutes but take years to master. It has very simple rules that make very challenging games.Its rules are so easy a 4 yr old could learn it.It was made to show humans can still dominate computers. it has more moves in a game than chess, for example, chess has 1 with 123 zeroes games possible while arimaa has 1 with 402 zeroes games possible. if every game possible was an atom, we would need 6 universes for every game of arimaa.

Easy to learn with just the right amount of luck, but the better player will almost always win.

can I find it on steam ?

If you thought Chess is complicated try bug house...

Chess with a twist, not only you have to think about pieces on the board you can also place more pieces onto the board.

Bug house is Chess with 2 boards and 4 players 2 vs 2, When you capture a piece you give it to your teammate and they can place it on the board.

It is so tough for kids they will learn dealing,selling and trading properties and much more

It is really easy to learn how to play, but good luck winning. I can tell you I have never won a game of this. One of the easiest games to learn, but it kicks in when you start to actually play. 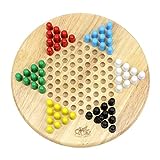