It seems that Konami had finally able to put a title Pro Evolution Soccer franchise on top as the most beloved by most players. If that does not happen with version 2013, which still suffers from distrust of those who "migrated" to FIFA, upcoming releases should heat up this dispute - in which the winner is the gamer. If you missed the news for game modes, technical improvements have created a fun environment and refers to the history of PES, joining new details, but without losing the essence that established the franchise. The retouched graphics, the highlight even higher for Brazil and complete control over their actions in the field ensure three points for Pro Evolution Soccer.

In this generation, give up was the most enjoyed game after 2006. I saw that the game was a little faster. rusts find their way better. When we look at the attacks, it is a little richer than the previous series, whether it is wing organizations or insider entries.

Looking at manual gameplay: manual gameplay is quite difficult for the first player; but it has a system that we get used to as we play, and if we lose it with real football, normally you cannot find a position without passing. According to him, we can pass and cross the goals in pes 2013 as well.

Pes 2013 is a complete football game. It is easy to play and addictive. Become legend mode, And Master League modes are great. It may be the best football game in the world. Staff are good. There is only a license problem, which is also handled with mods

Pes 6 and Pes 2013 are the best football games in history. Pes 2013 is already a legend. It is still played today.

I think the pes series is the most successful game in recent years.

a legendary game where I still play the master League. everything there is in football in those years. raul, xavi, nesta, legendary Brazilian footballers, everyone is in this game. when I'm overwhelmed by the stress of life, I turn it on, I put on my master League, I turn on the headset, either music or an interview or something like that, full digital meditation.

The game that showed cristiano ronaldo to be much better than messi. but there is nothing like the real ronaldo. Adriano's place is separate. The game I will not stop playing in 100 years.

Best of all time 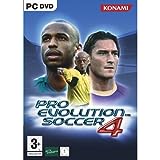 Legendary. The first console game I've ever played around 2015 at my cousin's old PS2. By that time I had never before played a videogame. It's an amazing game considering its age and it's an all-time classic. It'll be forever in my heart. Even just for Adriano it deserves to be No.1

Better game-play than Pes 5 & 6 also had a lot of legends at their best, very good graphics and easy skills to perform not complicated like modern football games, pure fun for nostalgic people.

The best soundtracks are pes. 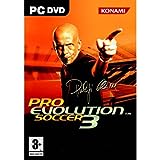 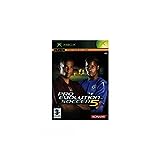 The first game that I started the pes series.

The lack of licences for top-tier leagues remains a disheartening sticking point, but PES continues to make brilliant strides on the pitch, building on what was already an incredibly satisfying game of football to produce one of the greatest playing football games of all time. It might be lacking off the pitch, but put it on the field against the competition and a famous giant killing wouldn't be all that surprising.