I have no idea what drugs the creators were on when making this game, but I kinda want some! No, but seriously, there is so much insanity in this game. You can summon goats from the sky, you can ragdoll, you can lick mushrooms and get high, you can kill and drag people around with your tongue, this damn game is crazy.

This entire game is just insane! Just the title makes me wonder what the creator was thinking about when he or she made the game

When I first saw this game I was like "a new game? " Then when I got it and played it.. It was so stupid and funny at the same time!

How isn't this on the top 3 (at least)? It's one of the most weird games I've ever seen. It has flashy colors, no storyline at all, and the world can change just because you move your sight.

This is probably one of the strangest games I've ever come across, bumping into walls to go to another area? Texture changing areas? Never thought about that for a game concept.

You know it's weird when there is a creepypasta written about it that's legit TRUE.

Anyway this game is weird but so much fun to play at the same time. I would recommend it to anyone.

The guys who made this game had made a second game called eastern mind: the lost souls of tong-nu

To those who made Leaving Neverland and those who where brainwashed... are you going to try and get this banned in second hand shops. I doubt many have even heard of the game.

Played this on my Sega Mega Drive when it came out... I wish I didn't. I was afraid that I would be kidnapped and my life would be in the hands of Michael Jackson.

Whatever, my older sibling in the 80s had Michael Jackson bed cover.
I did play this game but I've forgotten most of it.

Very weird. Never heard of it but it looks... Weird.

How the hell did Leonard Nimoy (Mr. Spock himself) get dragged into this crappy Dreamcast game?

You take care of a fish with the face of a man. Isn't that enough?

You can tell just by the name that it's gonna be a bad game.

Lots of fun. It's virtual pet game, but man is it weird 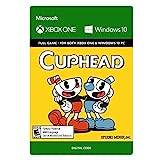 The gameplay is great, and the graphics as well, but with logic, cups defeating powerful beings for their souls in debt because they made a deal with Satan in a casino is kinda weird. The game is great, though.

Pretty sure the people calling this game overrated haven't even played it or were just too bad at it.

This game got Mario Kart 64 syndrome, everybody used to love it, and now the game is sadly overhated. I still love it though. -Granton8ter2

Just the name alone should make this #1

Shaq is going to get ya with a slam

The story is weird

This game was created to be weird. I saw in PS store, author calling this game "stupid".
This game is hillariously weird! Butt as final boss?! What king of drugs author was taking? And yes, better to not talk about storyline...

Is this supposed to be a fighting game or homoeroticism?

Earthbound is the trippiest, weirdest, and funniest game I've ever played. How is being chased around by potentially dangerous scolding coffee cups, guitars, and musical records not weird?

Seriously, guys, how is EarthBound not on this list? It is the trippiest game I've ever played.

I'm not denying its awesomeness. This game's weirdly awesome.

This is why it's my favorite game.

LOL! I imagined little kids sitting on potties with their pants down aand are singing

HAHA! That is such a funny name! Weird too...

The name speaks for itself

What console does it even use?

Sounds fun, doesn't it? Why drown in real life when you can do it in a video game!

The Contenders
11 Princess Tomato In the Salad Kingdom

This is damn weird. But then again there is Princess Eclair and the Waffle Kingdom. Are they sisters? Tomato and Eclair? Salads v.s Desserts!

The title makes me want to play it

What? I don't get it weird

Timewarp Tickers (from the NES version of Action 52) is the weirdest NES game ever.

13 Big Rigs: Over the Road Racing

Well there is a level where you are in a bathtub with a naked lady...

Explain to me how this isn't on the list yet. I thought someone had drugged me when I played this game

You can love the game for what it is, not for what you WANTED it to be. Like Banjo Kazooie for the Xbox 360.

This game is so inappropriate and creepy.

It was so weird But so good~ It was definitely the fun kind of weird.

why is this even a 3ds game

Girls mating with pigeons? The heck? 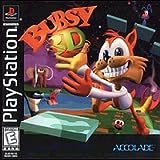 A college kid could make this in a day or so.

It is a piece of crap!

So what is it about

Its taking Bieber hate too far.
You treat him like he is a slug.
You treat Bieber fans like they are flies.
You think the Baby song is like flushing your toilet repeatedly and listening to it flush.
Actually that's for all of his songs.
You treat his movie like if Boku No Pico made a movie.
Oh did he made a tweet that he doesn't like anime well its not for everyone.
Like him he is not for everyone but Happy Wheels is taking Bieber hate too far.

Ok, this game is very weird but very funny! I waste a lot of time play this game but its like a drug

Happy Wheels is awesome! It's very funny when you die!

One of the best games ever!

This European version of E. T is impossible to find. the front cover looks like the game's called "E. T go come", and on the cover there's a white E. T along with a bunch of anthropomorphic objects like a piece of pink toast with blueberry jam, a balloon with a human face and skin, a tree, and all kinds of strange creatures.

E.t you need to go home after this game

It's actually Aliens Return for the 2600.

I watch PHD Muffin play this with his Salad Fingers voice, and I died of laughter.

Please watch AlphaRad's video on it to see what I mean...

You do not know da wae

This game is so weird, but it cracks me up 😂 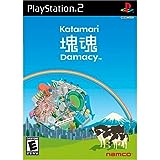 The KIng of all Cosmos is an unconventional ruler. And things only get wierder when he opens his mouth...

I'm not sure how Super Mario Sunshine is weirder than Katamari Damacy.

Weird does not mean bad, people. Apparently some you don't know that.

This is so weird. I loved these games as a kid.

For those who don't know, Gaball Screen is an obscure PS1 game that was only released in Japan where you play as a flying magical shoe traveling through dimensions to find CDs inside a synthesizer owned by arguably the most famous Japanese music producer of all time Tetsuya Komuro. I'm not joking. That's a real game. And it's most likely the weirdest game I've ever heard of.

Huh. So, I guess I'm not the only one on this site who knows that this game actually exists...