How many gamers out there aren't familiar with this game's infamous opening stage? If you're unfamiliar, let me educate you. When you first start the game, you have only one minute to complete a checklist of 9 objectives; burnout, handbrake, slalom, 180 degree, 360 degree, reverse 180, speed, braketest, and lap. While some are simple, others not so much. You also have to be careful not to hit any walls, pillars or other parked cars. If you run out of time or damage the car 4 times, you fail. And because this game came out in 1999, it was an era where games didn't hold your hand and tell you how the games' controls worked. It shouldn't come at any surprise that there are websites dedicated to this one area in the game.

Ah yes. The infamous dam level. The platform hopper isn't too bad, but once the turtles take the plunge into the water, that's where everything goes south. You have only 2 minutes 20 seconds to find and diffuse 8 bombs that Shredder has planted throughout the level. What makes this level difficult is all the seaweed that does a good chunk of damage if you so much as graze it. There are also rotating bars which hurt your turtles and weird vegetation that kills them instantly. But the worst part is if the timer reaches zero, if even one bomb is still armed; KABOOM! Automatic game over. It's easy to see why many gamers quit after this level.

Early in the game, Tommy Vercetti makes friends with Avery Carrington, a shady real estate agent. One of the tasks he charges Tommy with is destroying a building currently under construction with some well-placed explosives. Sounds simple, right? Not when Rockstar throws remote controlled aircraft into the mix. Seven minutes sounds like a generous amount of time, but the controls for helicopters are very wonky. Not to mention that there's armed security in the building and the construction workers are definitely not afraid to use their hammers and the only way the chopper can defend itself is by cutting the foes with its propeller blade. You can make the mission easier by killing the workers and security before picking up the bombs. But even then, your worst enemies aren't the people trying to stop you; it's the bloody flight controls that Rockstar loves making complicated.

Even if you haven't played the game, you'll probably know about this infamous level. To obtain the fabled Mile High Club achievement, you must beat this level on the highest difficulty and boy is it a doozy. On the hardest difficulty, you have only one minute to rescue a V.I.P. and escape the plane. There are many hostiles shooting at you and can end your mission very quickly. It's easy to understand why people completed this on Recruit difficulty and called it a day. But if you feel you can obtain it, words of advice; flash bang grenades. Use them well.

Near the end of the game, Conker is enlisted in the army to fight the evil Tediz far off. After saving Private Rodent (notice the movie reference? ), Conker has to make his way inside the base and destroy a giant robotic Tediz manned by a little gray squirrel. After the coup de gras, she presses a button and a timer with 4 minutes and 30 seconds appears. Yup, self-destruct. Conker has that much time to get back to the boat before the whole thing goes kaboom. And he must avoid lasers and take down Tediz who are more concerned with keeping him occupied than their own lives. But the hardest part is when Conker gets back to the beach where he has to evade missiles as well as the determined Tediz. Thankfully, this is the last timed segment in the whole game. 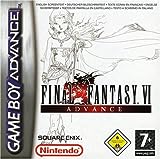 After Celes wakes up in the World of Ruin and reaches the mainland by raft, she goes looking for her friends. The first one she finds is Sabin in the town to Tzen. But as she enters, the Light of Judgment hits the northern mansion and Sabin is only able to hold it for six minutes, meaning Celes must rescue the boy inside by herself. As you can probably already guess, there are monsters in the mansion which means many random battles. And there are some enemies that can inflict petrification, causing an instant game over. It's also more arduous if you want to collect the many items inside. Word of advice; equip Celes with a petrification immunity Relic like a Jeweled Ring at the very least and maybe the Sprint Shoes. It should make the task somewhat easier.

The final boss in story mode was an arduous end to an otherwise good fighting game. In this final stage, your gal has only one minute to disable this Gundam reject before it sends all of Japan beneath the Pacific Ocean. And that's done by destroying all the glowing orbs. It has many nasty screen filling attacks to make your life miserable. What makes this segment frustrating is that if the timer reaches zero, you don't just fail the level. You lose the whole game. That's right; you have to replay the entire story mode from square one. Talk about laying it all on the line.

The hospital prologue was one hell of a slog. After quite a while of literally crawling through the hospital to escape the onslaught, Punished "Venom" Snake is finally free to roam the barren lands of Afghanistan, right? Wrong! The first mission he has to complete requires him rescuing Kazuhira Miller from Ghwandai Town. And if my memory serves me well, Ocelot says he'll be dead within three days and I mean in-game days. While not difficult per say, what makes this mission frustrating is that you don't have much time to explore or get adjusted to the game play mechanics. It's particularly frustrating to players who haven't played Ground Zeros beforehand because the mechanics are fundamentally the same. Seriously, can we save the timed missions until later in the game?

Many people consider Shin Megami Tensei: Nocturne one of the hardest RPGs for the Playstation 2, but Persona 3 is no walk in the park either. During your first full moon operation, SEES investigates some disturbances at a monorail and sure enough, shadows are involved. Soon after the team enters one of the trains, it starts to move and you have 8 minutes to get to the head car and defeat the shadow before it crashes. As you can probably guess, this fight happens very early in the game and it can be very troublesome for those who are under leveled. What can make The Priestess difficult is that she can summon Muttering Tiaras as backup, thus making your battle even more difficult. Better level up in Tartarus while you can.

It's every anime fans' guilty pleasure come true; hot anime school girls with macromastia wearing only bikinis and hosing each other down with water guns. What could spoil this sinful fun? How about a timed level? Or maybe five? Timed levels have always been a real pain for Senran Kagura fans since its first installment, but Peach Beach Splash ups the frustration. Halfway through each story arc, you have 5 minutes to find 10 fires and put them out. One of the problems is that the markers for the fires don't tell you whether they're above or below your current position and that's kind of a no-brainer. Making things even more frustrating is that your AI companions give priority to the endless wave of enemies so you're the one who has to do all the firefighting. It can make players scream so loud, Ryoki might be asking her angelic roommates where they keep the earmuffs.