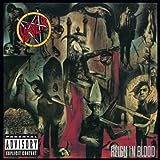 Still hits harder than most black, death, and grind.

It's prominently described as speed metal, but it effected thrash more with more emergence of death metal as well I think every person who has listened to this album would say that it's made way too rough...lemme tell you - it was recorded in just three days, as a debut..It's awesome. I have this album, and of course who can forget Witching hour?

According to Metal Hammer's review of the 80s (issue of 1990-don't know exactly when as I kept only these pages for my small metal archive-the most important albums for extreme metal was (no particular order):
-WELCOME TO HELL (Venom)
-KILL 'EM ALL (Metallica)
-SHOW NO MERCY (Slayer)
I don't know why the third one is generaly underrated (253 in the list with greatest metal albums).

@Ananya - I agree there are thrash elements and I wouldn't debate on this (thrash or speed) because the difference between thrash and speed metal was even smaller back then - thrash was a development of speed metal. Whatever it was, this album was very important, mostly for the black metal ideas in it.

MT, It's basically a black metal album, with some elements of thrash, NOT speed metal.

1984 - the album contained black metal and thrash metal.
"The thrash metal intensity of Morbid Tales had a major influence on the then-developing death metal and black metal genres. It included elements that were adopted by the pioneers of both styles. The band's bleak and dead serious fashion style was also influential, including their corpse paint face makeup." (wiki)

1985 - the official birth of death metal but Possessed had a demo released earlier: in 1984.

This was the best albums from venom I playing al days when I was a young man my parents get mad about the so loud music. and when we play that record a trange thing happening in my house when I was alone a home with my girlfriend the devil came in my house. I was laughing but not my girlfriend. I was fan from that group I seen them the first live but now is not the same. sorry when the spelling our somme word is not koret

1982 - thrash metal and black metal.
Oddly enough, the title track (Black Metal) is a thrash song and not a black metal song.

One of the most influential albums of all time.
People still debate if it's thrash or black, while most of the music in it influenced thrash, death and black metal.
The lyrics influenced black metal...don't debate on it fellas.

This album was released in 1989 and set a new precedent for heaviness and extremity both musically and lyrically.Definitely one of the most influential metal albums of all times.Between Reign in Blood and this one two albums of Death were released but they didn't manage to be recognized for their importance in extreme metal history at that time.The flames of Slayer and Morbid Angel (and don't forget Metallica) burned a lot.
I'not a fan of Morbid Angel but this album is underrated the last decades.

Death and Possessed may have been first, but this is where the line was definitively drawn. Also, just consider how innovative and technical it was compared to other death metal of its time.

The Contenders
11 At War with Satan - Venom

This is a great album but it invented what? Umm, nothing. Just implemented more technical guitar playing being influenced by Annihilator's guitar work on Alice in Hell.

14 In the Nightside Eclipse - Emperor

15 None So Vile - Cryptopsy

Flo Mounier turned the drums into a whole nother instrument. The way he plays is like no ever album I've ever heard.

Flo Mounier... yeah, this machine. I was like, what kind of weapons he used instead of drums?

This should be at #1 spot, we are talking about the most inportant albums...

18 Slaughter of the Soul - At the Gates

20 Seasons in the Abyss - Slayer

There's a big misconception related to Motorhead (and this album, respectively). Lemmy himself (R.I.P.) said many times they were not a metal band and explained why. Here's a quote about the speed metal bands people believe Motörhead have inspired: "They've just got the wrong bit. They think that being fast and loud is the whole thing and it isn't."
There are more details on my list Top 10 Surprising Lemmy Quotes About Metal and Motorhead

Absolutely disgusted that this album is so low. Without Motorhead, Metallica (who is one of the biggest bands in metal history) most likely never existed.

1993 - pioneered melodic death metal.
Carcass and In Flames released albums in the same year but several months later. I don't think they influenced each other's albums so all these 3 bands count. Also, a 4th band (At The Gates) released an album with melodic death metal in 1994.
There are still some discussions about who was the first so I mentioned all 4 bands.

The astonishing Outré is not only a highly disturbing slice of extreme music, but also an essential one." Metal Injection gave a positive assessment of the album, arguing that the band "challenges the very notion of what is death metal."

Just to remind you: lyrics are about Satan and the occult which was probably influential towards the lyrical themes of black metal but music of this album isn't extreme - it's rather traditional heavy metal.
I mean, this album deserves to be mentioned on this list but shouldn't be very high.