I think this film gets forgotten in the series. I thought this one breathed new life into the series. This is the one where Jason is officially brought back from the dead, so now his superhuman qualities don't seem so ridiculous since he isn't human anymore. This one has a lot of suspense and action, but is also the first in the series to introduce a sense of humor about itself, often winking at the audience. This one stands out to me from the rest of the sequels.

Probably the best one because it retains the slasher thrills that the series is known for while also having a good sense of humor and embracing its campiness. Ton of fun to watch.

This is pure Friday the 13th.

2 Friday the 13th: The Final Chapter

The best Jason of the series. It had that old school feel to it. I liked how the stranger had found so much info on Jason while searching for his sister who died in part 2. It just gave the Final Chapter a creepy awareness that something terrible had happened and prepared Tommy for the end of the movie.

Jason was big and bad, not corny looking. It had a 1950's feel to it. I've always loved that grainy film look.

Anyone who knows these films knows that this is easily the best closely followed by part 1 and 3.

Friday the 13th Part 2 is very similar to the original. However, this film improves on the original in pacing, cinematography, and final girl. Unfortunately, Tom Savini wasn't on board this film, but that isn't a negative. The kills we are given are quite impressive, but the MPAA ruined the film's full potential. This film also introduces Jason Voorhees as the killer. And he has never been as interesting since this installment. He was his own villain, now he is a zombie Michael Myers without a motivation. Hockey mask is better than burlap sack in my opinion though.

This was the scariest one! That pillowcase mask was so scary!

The best of hall. Pillow case mask was pretty scary!

One of the few really scary movies of the saga along with Part 1 and 3, this movie has really good moments, specially those at Jason's little sanctuary

The ending of the film is literally the scariest part of the film. I see that this film, rather than being scary, went with the gore and suspense approach. Which is fine with me because slashers are not neccessarily supposed to be scary. I do like the suspense leading up to the revealing of the killer. It worked but I would have liked having Mrs. Voorhies introduced in the beginning as one of the people who are helping with the opening. The special effects are great (thanks to Tom Savini) but the only way to see the film in it's entirety is to watch the Uncut version. The film had it's boring moments and that would be the entirety of the middle portion of the film. This film has its flaws but in general was a good film.

Who said Jason had to be the killer for these movies to be great. This movie had suspense, awesome kills and a grainy look that can rival any other horror. To me, his mother was much creepier and more unexpected than a big, freakishly strong man, you knew could totally decimate people. Also, this was one of Kevin Bacon's early works.

Victor Miller said that he hasn't seen any of the sequels because he doesn't like that Jason is the killer and not Pamela as she was in the original.

Screw it, no Jason.

This is the movie where Jason first finds the goalie mask that would then make him an icon of horror. Richard Burton also does an amazing job as Jason (and may he rest in peace).

Did I say Richard Burton? I'm really sorry. I meant "Richard Brooker." that guy is the real Jason. and may he rest in peace to.

This movie had arguably, the best last 30 minutes of the series.

This the first movie where Jason got his hokey mask. 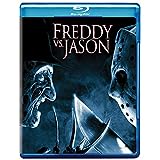 Should have been a triple threat. Freddy vs Jason vs Michael Myers.

If you're going to do a remake, think of something different to make it stand out. This movie just copied the best kills from the first four films. The whole let's get drunk or high and have sex is way over played. Do something with a crafty, unpredictable plot. That's the reason most originals are usually the best, they haven't been seen before.

It's better than the original. By far. Still isn't quite a good movie, though.

Probably the most fun Friday the 13th...

For this movie to have a fake Jason, he sure endured a lot of punishment and kept coming. First he had his stomach punctured by a tractor, got his shoulder cut with a chainsaw, then got a knife stuck in his upper thigh. This normal man must have been on LSD or something. I would rank it 6th out of the twelve movies made. 8 through 10 were a total embarrassment to the franchise!

For not being Jason, the guy had a higher body count than ANY of the previous films. Really raised the bar for Jason in the later ones

The Contenders
11 Jason Goes to Hell

Or, more accurately, Jason goes to Development Hell, and, given a few years, he figuratively and literally launched into the stratosphere and beyond with Jason X.

Is it a bad movie yes, but is it extremely entertaining also yet. Doesn't deserve to be at the bottom that honor should go to Jason goes to Hell

Feel free to give this film all you want, but a cybernetic Jason going on a killing spree in space? Sounds pretty entertaining to me.

This is pretty cool. I think the futuristic designs are awesome at and I also like the design of Uber Jason.

I was just wondering what David Cronenberg was doing in this movie.