Home alone is the best movie for children of all times! I totally agree because it makes children understand the most important things in life!

I am 99% sure that the scene where Kevin torments the burglars was the sole inspiration for the Saw franchise.

I've watched this a hundred times, and it still never gets old. I highly recommend kids to watch this movie.

A great source of adult pain for all kids to enjoy good job to who ever put this up here.

Do I even need to say it. My favorite movie growing up. It needs another sequel!

I love this movie! Even though I was born a LONG TIME from when it was made

This is not only one of my favorite animated movies of all time, but in my top ten favorite movies, period. I actually made a list. This movie was number ten, but my point still stands. I'm not even in the target demographic for this movie and I still love it.

They are making an Incredibles 2 in 2016. I almost fainted when I found out. I love this movie and I can't believe it is 19th. It should be in the top 3

This deserves to be way higher on the list, and in my opinion, is one of Pixar's best films.

Fantastic movie. I love sponge on but it really isn't exactly a "kids show." It's just a comedy that happens to be appropriate for kids. It doesn't really feel geared towards kids in its messages. Though episodes like "Your's, mine, and mine" kinda do that. That's the only one there really is though. Finding Nemo though feels geared towards kids and is an absolutely amazing film. It's awesome how they're able to create an immersing underwater atmosphere full with sea creatures that feels realistic (obviously except the fact that they can talk). Similar to how SpongeBob does but in a much more different and lifelike way.

The greatest movie about the Ocean! Even better than Pirates of the Caribbean, Finding Nemo is so entertaining and will keep you laughing the whole time!

The greatest #1 Animation movie of all time! Has all of your favourite characters into one whole movie! The story is funny and amazing!

I do not know what I would do without this movie! I grew up with this and it is one of my favourite childhood movies! It always cheers me up and makes me think of the good times. I love how this movie has made a massive impact on Animations

This is without a doubt one of the greatest movies ever created! This movie rocked the Family world!

Toy Story is the greatest of all Toy Stories and animations, and all kids movies! the beginning of a new era of animations!

This is a movie every child must watch! Why? Because it has living toys! 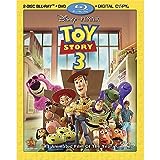 This is at the #1 of best animations of all time, also the best kid move I have probably ever watched. # 2 and 3 are toy story, then toy Story 2 in that order

All of the Toy Story movies are great! I just can't decide which one is the best!

This movie should be number 1 this movie is so sad it makes me wonna cry.

More of a family movie

This movie should definitely be number one. It is an amazing children movie that I almost memorized when I was a kid.

This is the best movie I ever watched especially the last part where boo saves sullivan from falling down.

Great film. Fun to watch with your friends.

It is so funny and cute

Shrek is a great animation for all the family and it has some funny adult jokes including donkey, who will keep the kids and mature people satisfied!

How can you forget the OGRE himself, this is my favorite movie of all time when it comes to Animations!

Shrek is the ultimate comedy for, Adults and KIDS!

That was an awesome movie. I really think that Nickelodeon made a good job with the making of this movie, which includes the plot and the characters. I think Dennis was a really good villain in my opinion, and even though the sequel did not connect to this movie, I think that this movie deserved to triumph. I think It was really funny how Spongebob and Patrick got past Victor and the robbers, the dangerous trench, Dennis, etc. my point is, this is a great movie.

The SpongeBob SquarePants movie is the best I have ever seen in a longtime and it is a heart warming adventure for the whole family to enjoy! SpongeBob is a great T.V. SHow! And SpongeBob is a great movie, and it should have been nominated for best animated movie at the Oscars! People just don't appreciate the movie as much as the series and it is as much apart of the franchise as the T.V. Show

The Movie itself is better than most other movies, so it must the better kid movie! SpongeBob decided to be in a movie and he done it wonderfully and deserves recognition for that transition! A lot of kids and adults like this movie AND WHY NOT!? It is so funny you would not believe! SpongeBob is the greatest and most funniest cartoon ever! Along with Patrick

The Contenders
11 Diary of a Wimpy Kid

I like dog days it's so funny even when the dad throws the blanket away and it was grag's little brother when the mom found it it was in the trash and looked at grag's dad. SO FUNNY!

When you read old school, go to page 172. I can almost guarantee you will die of laughter.

The best movie and books. Ever

This movie is really funny.

How is this only 22? I know I defend Frozen a lot but it sure does not deserve a higher position than this

Best movie of all time should be number one!

Of course this movies a masterpiece.

Riley's story was cliche, but when it got to the emotions themselves, it got engaging.

49!?! Why is this movie under Spooky Buddies that was a horrible movie

I watched it with my mate for his birthday, so I told my sister to watch it, and now my dad loves it (as he was the only person in our house who hadn't watched it). So, buy Frozen, watch Frozen, love Frozen! My favourite is Anna, she is so funny, and Kristoff & Sven are so cool. I wish I was Elsa so I could make snow. Olaf is hilarious!

Who hasn't watched frozen? the movie about true love? I have heaps of friends who went to the movies about 5 times just to watch frozen! frozen deserves to be higher in this list. I mean seriously, the movies were practically crowded each time frozen came in. so, GO FROZEN!

I LOVE YOU FROZEN! Sorry, had to get that out! It should be 1st as it is so awesome, and the characters are totally relateable. You know Elsa, she has anxiety and depression. I myself, have been battling anxiety for years, and I am sorta depressed, sometimes, so I can totally relate to this gal!
It is an AMAZING movie and I just hope from the bottom of my heart that you guys love I too! :D!

Pure genius, smashes every expectation and blows all the other movies aside. Funny, sad, great story with brilliant twist at the end. Best sidekick ever to! (Olaf)

17 Cloudy With a Chance a Meatballs

I am going to have to agree. I cried when I first saw it. And, it's educational. It teaches you that the government will break into your home and try to kidnap your hideous alien pet that no one knew about but your family. And the meaning of good movie... :-)

The most funniest and heart warming movie of the century! How can you forget the departure of ET with the lighting up of the finger!

The extra terrestrial is the greatest movie I have ever seen! It is the best SCI FI of all time, SO the best kids movie of all time!

Ok, let's be honest, E.T. would be incredibly freaky if Steven Spielberg didn't assist with this movie.

I know there are some classics that deserve to be higher than this, but this is one of my modern favorites. When I was watched it when I was a kid, I about died of laughter.

Every thing is awesome

I hate that stupid song!

This movie is awesome! I love the Minions! The purple Minions were funny too.

To many people don't know it was a representation of racism, all in all I give it a 10/10 WOO!

How is this here its animated suspense.

Mike Wazowski and James P. Sullivan are an inseparable pair, but that wasn't always the case. From the moment these two mismatched monsters met they couldn't stand each other. "Monsters University" unlocks the door to how Mike and Sully overcame their differences and became the best of friends, Screaming with laughter and fun.

This is the back story of Mike and Sully, and I love it!

If AniMat made a list of "Top 5 Best & Worst Animated Movies of 2009", then he would prove that Up is his favorite animated movie of 2009 and Cloudy With a Chance of Meatballs is one of his most hated movies of 2009. - The Ultimate Daredevil.