The Top Ten
1 The Incredibles

Spider-Man 2 is great but The Incredibles is the best.

One of my favorite Pixar movies.

Waiting until 2019 for the sequel!

What!? This movie is actually really bad; it's Spiderman vs Dok Ock, more Kirsten Dunst, and even more Tobeyface. The Prisoner of Azkaban deserves the top spot.

This movie proves that Hollywood can pull off a fantastic superhero movie.

Did like the train scene so much and I enjoyed it always since is was 3!

My favorite spiderman movie of all time.

I like this movie better than Shrek The Third, my opinion. This is my favorite Shrek movie.

4 Harry Potter And The Prisoner Of Azkaban

This was the Greatest one of the Series.

"Stop trying to make fetch happen. It's not going to happen." One of my favorite quotes. Hilarious movie. If you're a guy and you haven't seen this movie, it's not just a chick flick. It's too funny to be one.

I love this movie so much, it is one of my favorite movies of 2004. I love watching this film, same as the second one as well

Chick flicks are usually the best and I think this one really did hit the jackpot!

It's simply the best. Lalalala. I love the guy leading man alright. I forgot his name. OKAY!

This movie has a lot of great action scenes and has a good plot. This is much better than the sequel that ruined everything

I was born when this came out God I'm old.

Shaun of dead was funny.

7 Shaun of the Dead

One of the best in the cornet trilogy!

8 Eternal Sunshine Of The Spotless Mind

This movie's direction is some of the best I've ever seen. It was so incredibly surreal I actually had to pinch myself, it felt like a bizarre yet wonderful dream. I can't believe Michael Gondry didn't get nominated for best director.

9 The Passion of the Christ

Make yourself a dang Quesadilla! Gosh!

I'm Jigsaw. I have a game for everyone. The game is to get this movie to the top. For real
though, this movie is a masterpiece.

Should deserve at the top 10.

I want to play a game

12 Anchorman: The Legend of Ron Burgandy 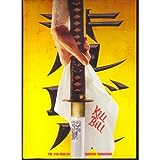 The most epic action revenge story ever!

Really dives deep in the true philosophy and ideology of AI in life-like robots versus simple living humans; it really knows what it is talking about when it comes to that stuff.

I love this movie.

This movie is so freckin funny. I watch it every time I know it is on TV.

This movie is so amazing in many ways. The story feels fresh and original while being nice and complex, the characters have great arcs, there is plenty of deep background lore behind the story, and of course the animation is stunning, as expected of any Ghibli film. Such a amazing movie.

17 The Place Promised in Our Early Days

After "Voices of a Distant Star" back in 2002, Makoto Shinkai (director of "Your Name") once again made a emotionally moving and slightly trippy film complete with a interesting setting, just like his last one; although the story is much different. I have a hard time deciding which of the two are better; both are amazing.

It makes you laugh and cry at the same time!

This was more awful than the first one.