3rd movie of Salman Kahn I viewed! I so enjoy seeing him in love. AND seeing the Indian culture in this film has opened my eyes. These families endured tragedy and strife but the love always wins out. I'm in love with these films. It's great seeing the recurring actors too...I'm learning more and more about the Hindi and Bollywood movies which is pretty cool.

As Sallu bhai said there is No HERO in this movie all characters are HERO of the film.

This film is a must watching film...for everyone

I loved this film for it's refreshing plot, brilliant cinematography and locations, brilliant acting and a wonderful tear jerking climax...

It's inspiring and it feels great to have a nice movie for once because we are suffering from really bad Hindi movies.

I think I will never forget Salman name after Bajrangi Bhaijaan. I will close somewhere especial which no other stays.

It's The best movie I have seen...It has the greatest message which every person in India and Pakistan should no...

A great acting of bhai

Superb acting by Salman Khan and other actors as well. It's a beautiful love story. It's unfortunate that Salman Khan didn't get any award. It makes me cry whenever I see it. Though the ending is sad. Bhaijaan is great and it's an evergreen love story

This movie available on 2003, and from 2000 to 2017, salman done various kind of roles but the base role were similar to one or two characters but In Tere Naam, the role he played was epic like he is playing a role which complected different from it's common role
LIke -Acting vise
bajra... = tblig.. etc
wanted = reddy

This movie one of the best movie of Salman Khan...all quality are here in this movie..

Salman khan is the best actor...

Due to Shahrukh khan

It is such a good movie

This was a fantastic story. Salman's character was not the most prominent in the story-line. His character was shy and and I feel he portrayed it very well. Showed diversity in his acting skills. Music was incredible! Nice!

It is a vey nice movie one of my favourite movie that gives us message to be united.

7? Seriously this should be number 1

What a nice direction. The situations get more interesting per scene

This movie brought revolution in bollywood. Bollywood started making more action movies . Acting of main villain ganni bhai is very good. if someone would ask me that tell me your favourite action movie I will name this movie.

Very cool concept and this is only movie which made a base for action movies in bollwoood. Before this movie ballywood only released poor love story movies but after this movie there came a new concept of action movies which are like south Indian movies...

Best action of all time

Salman khan is evergreen superstar of Bollywood. is called a god of actor... 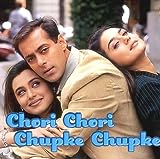 On of his best!

Unfortunately it was fail at bo but we don't knw why, because it was one of the best comedy film of alltimes. Amar Prem

Great to see the ace and macho man of Bollywood...n superb comedy

It has both traditional and modern setting. The mixture of both language is superb. The suspense is captivating. The love is strong and the characters are commited but stil the main will is stil the main man SALMAN KHAN

This is the Best movie ever, not just for Salman Khan but for the Bollywood history too.

It's a good film nice story.

This is the 2nd Salman Kahn movie I viewed ever. I realized that I was becoming a huge fan at this point. Sweet movie and sprinkled with humor. He really pulls it off. It's one of my favorites and I'll watch it again and again!

It is great but the ending was kind of rushed to me so if they had put some of the ending I the middle and taken out unnecessary parts it would have been my favorite.

Daisy the only reason film tanked at BO.. but altogether a good movie to watch except that help 3 people concept forcefully adjusted in script.. the concept is not bad but timing and placement just sucked..

I LOVE it! My favorite I don't get how it's not first!?

Best MMA/Wrestling movie from Indian Cinema they can never make another movie like that.

Sultan is the best

LOVE LOVE LOVE this movie! Actually my first Hindi movie and my first Salman Kahn movie ever! I so loved the music and the love expressed in the families in which I hope is depicting Indian culture. While searching for more like this, I was noticing Salman's face multiple times in the movie description photos not knowing who he was. I discovered he is a famous Indian actor...comparable with America's Sylvester Stallone and/or Bruce Willis but with longevity. I've watched Salman's earlier movies and see how he has truly sustained as a marketable actor. I am now hooked and search out his movies specifically. Prem Ratan Dhan Payo set it off for me completely and I'm so happy for it! <3 Salman Kahn. What a talent!

I watched the movie after days of searching for it on the internet, it is a master piece for Salman really super

It is watchable movie.

It is a nice movie