The Top Ten
1 The Last Samurai

What an epic movie. Before this movie A Few Good Men was my favorite but this trumped it. Scene where he keeps getting up in the rain was amazing

I just finished watching this on Netflix. That has got to be one of the most powerful films I've ever seen. No lie there.

He plays an amazing role and the film is absolutely sensational, if you haven't seen it I strongly recomend you watch it.

This movie made me appreciate Japan's culture. Tom was also great as Nathan Algren.

A great movie, with some memorable quotes and excellent moments! Tom Cruise stars in this interesting court room drama

My favorite film and performance of Tom's. Gotta love that courtroom scene with Nicholson!

This should be at number two, and Mission Impossible at number one! You can't handle the truth!

Great movie. Up there with Tropic Thunder for him 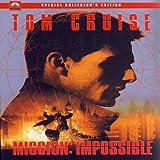 This is an awesome movie! The action is so exciting! I love mission impossible 1,2,3, and 4! Tom Cruise was amazing in this movie!

Classic at its maximum! This movie is pure nostalgia!

I love this movie. I love watching Rain Man with my family. This movie came out when my parents were kids in 1988. Rain man came out in 1988, eleven years older than me. I love Tom Cruise in this movie, Dustin Hoffman did a great job in this movie as well.

Rain Man won Best Picture for a reason. Because it's a great film, unlike Last Samurai or Top Gun. This should rise into the top 3

The best movie ever and I'm only 9!

It's only one of the greatest movies ever! Plus Iceman is amazing, but this is about Tom Cruise. Anyways, I LOVE Top Gun and it should be way higher on this list.

Greatest movie because it has the best dogfighting sequences ever shot for a movie. Above everything, it has the legendary F-14 that made this movie what it is.

Stupid that this movie isn't even top ten. Like really, War of the Worlds?

Cruise does an incredible job of creating a likable villain. At the end of the movie you are not sure who you want to win. He is just so intelligent and engaging I found myself wishing he would succeed and escape.

It's better than Heat. Tom Cruise was very convincing as a hitman.

Smart, modern and fast.
The movie has a high paste and a great storyline. Combined with the finer work of Tom Cruise and Emily Blunt makes this a piece of art that probably will only get better as the time passes. The mix of SciFi, Romance, action and humor is rarely done this good.

This is one of the best Tom Cruise movies. It is exciting, clever, and has some humor. Both he and Emily Blunt do an amazing job in portraying their respective characters, and the rest of the cast was chosen expertly.

I loved this film! It was action packed, but it had comedy which was refreshing. I saw it in theaters with these seats that jerked around do it was like YOU were on the helicopter. It's a very good movie and it held my attention

I love this movie so much and saw it at least 6 times at the theaters. It's intense, breathtaking and funny because only Tom knows how to make great sci-fi movies.

I am a huge tom cruise fan. I think jerry maguire is the kind of performance, where cruise really gets his game on.

His style was perfect

What a fantastic movie for God's sakes!

13 Interview with the Vampire

Tom Cruise was the perfect choice to play Lestat, he was even better than that loser Brad Pitt.

The best action movie ever.

If you wanted to watch an actually good action movie that is a comedic parody of the film's genre but still takes the plot seriously and is still entertaining and enjoyable, then this is just the movie you should watch. Plus, it has Tom Cruise!

The stunts were sublime especially the airplane scene. Hats off to Tom Cruise for being the bravest actor in Hollywood.

Perfect for Tom Cruise and to appear on a science-fiction adventure. Oblivion only represents his religion of Scientology and it's good.

It's very underrated. The critics were idiots for disliking such a sublime movie.

An all-star cast and amazing humor, if a bit slapstick.

I don't care what others think, MI 2 is awesome and has the best action scenes thanks to Tom who does his own stunts like a pro and no actor can pull it off like him.

Slick action scenes and plus, it's directed by John Woo, so you know it's going to be one hell of a ride.

22 War of the Worlds

Absolute masterpiece, better than the original. He tells a story of an alien invasion, and humanities will to survive. Tom Cruise, Dakota Fanning stun this movie.

Love this film with Dakota and Cruise!

Awesome movie! Flawless direction!
If you need a movie which would hit your brain, this is it. This is a movie for people with high IQ who always look for flaws in a movie. I challenge you find me a single directorial flaw in this movie.

He's the perfect Jack Reacher. The action scenes were superb.

One of the all time best Thrillers. This movie has everything; action, drama, romance and lots and lots of RUNNING.

I can't believe the firm and rain man are not in the top ten. Is everyone out of there mind! Let's fix this A.S.A. P!