Best Westerns of All Time

What is the best Western 'Cowboy' film of all time?
The Top Ten
1 The Good The Bad & The Ugly

No doubt the best western of all time. It has beautiful acting,directing and is just awesome. I guess I could type on this comment all night about this movie but it would all lead to one thing: this is the best western ever and if you are a western fan and have not seen it,do yourself a favor and do so. Enough said.

An epic tale of testosterone and greed, this masterpiece includes the greatest shoot out and score in cinema history. Blondie is simply the "baddest" man in movie history!

No. 2 on my list of Sergio Leone westerns. The best theme song ever and the ecstacy of gold sequence illustrates how movies can do so much more than other media.

Out of Sergio Leone's Dollars Trilogy movies, this one is definitely the funniest, and the most emotionally rich of the three, thanks to the plucky Eli Wallach in the lead role as the shady yet lovable Tuco.

Man, this list is basically all Clint Eastwood movies... as well it should be. He and John Wayne are the 2 best no doubt. Tough to choose between the Good the bad and the ugly, Outlaw Josey Wales, For a Few Dollars more, Fistful of dollars and Unforgiven, but I chose Unforgiven. The aging gunslinger goes on one final tear. And Gene Hackman was just amazing in this and he won an Oscar for his performance, as he should have.

Amazing! Wow! This movie is unbelievable! I'll never forget this movie! It is my all time favorite movie! It's number 1! How is it number 3? This is the only one out of the top 3 that won best picture! It's story is great. The ending of this film couldn't be better! Definitely the best!

The Quick and the Dead?. Hard Country?.
PLEASE!.
The Searchers is considered the best all time western by critics, High Noon, and The Good, The Bad, and The Ugly merit a top ten, but what happened to Dances with Wolves, and The Outlaw Josey Wales?. My favorite is "Unforgiven". The story structure is simple, but masterfully told, and it did something the other film's on the list did not. IT WON BEST PICTURE!.

One of the last western movies to actually be a good western movie. Nowadays, modern westerns are just terrible. There are a few that actually manage to stand out as good movies, but they are very rare and hard to find.

3 Once Upon A Time In The West

GBU will go down as the quintessential western and fair enough it is an incredible film. However three years after Leone made the best western, he made one better that I don't think can be topped. Sure GBU has the best score but that's about it. Acting, characters, cinematography, choreography, narrative and scope are all greater. An intense, epic film the demonstrates the power of cinema and epitomises everything great about westerns.

A great, haunting story. Three great acting performances by Bronson, Fonda, and Robards. Claudia Cardinale elevates this beyond G,B,U because of a female character equally as great as each of the male ones.

An amazing movie. One that set the standards for future westerns. It also has one of the best set of soundtracks in western movies.

In my opinion, the best western ever made. Henry Fonda as the villain was a master stroke. My favorite line "Not only does he play, he can shoot, too."

Val Kilmer as Doc Holliday makes the movie the great, but Kurt Russell plays Wyatt Earp well. Overall Tombstone is the best western and it came out in a time where western's were not THE genre of movie, and it completely surpassed "Wyatt Earp" with Kevin Costner, not to mention the shootout at the O.K. corral was a monumental event in the west, and this movie not only depicts it, but relives it. Try and name a better western, you're a daisy if you do.

This is my 3rd favorite Western. Great story and great acting; but the primary reason I love this movie is the libertarian sense of life projected by Wyatt Earp and the girl he wins at the end. They are not primarily after law & order, revenge or duty. NO! Life is an adventure to be lived to the fullest extent!

Without a question, the best western ever made. Just look at the cast, it's second to none. The story never gets old either. It depicts the old west perfectly.

My favorite western of all time. The best overall cast of all time. And Val Kilmer as
Doc Holliday is the best acting performance of all time in Westerns!

Great tale of a group of good people doing questionable things to save their town. Favorite performance has to be Chris Pratt.

Translates the story of Seven Samurai rather nicely. Only a handful of characters receive any complexity, like Horst Bucholz's Chico, but it's entertaining enough and Elmer Bernstein's score is lovely.

The old version is way better than the 2016 reboot (in my opinion).

Really good list for change. This should be higher. Great acting great score

6 For a Few Dollars More

I thought this was the worst in the trilogy. It had a weird rapist villain and the plot/action kind of felt recycled and redundant. I tried to like it but I just pretend that the first and third are the only ones.

One of the best, if not THE best ending ever. Leone was forever going against typecasting. Lee Van Cleef as a hero was a master stroke. Eastwood was his usual cool, deadly self.

Should definitely make the top 5 best westerns of all time.

This is for me the best Western of all time.

This is Eastwood's best film -- even better than Unforgiven. It is epic in nature and illustrated that people from different cultures could live together maintaining everyone's dignity.

Vote for this movie or Wales is gonna send you on a Missouri boat ride.

One of the best Clint Eastwood westerns.

8 A Fistful of Dollars 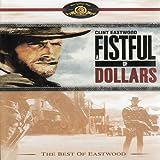 "The Good the bad & the Ugly", " Once Upon a time in the West" and "A Fistful of Dollars" those are the top three- hands down. The rest trail far behind!

Huge John Wayne fan
The performance of a lifetime
A film that is scene for scene a true
abs definition of movie perfection
The number one western of all time
The number one character study ever
The number one film with the most glorious cinematography ever captured on. Film

Like Hombre, took a close look at racism and the hatred behind the U.S. systemic genocide of native Americans. John Wayne played a very unlikeable main character. Wayne and director John Wayne at their best.

Obviously a lot of people haven't seen this masterpiece. John Wayne's BEST performance, hands down. It's an epic that stands the test of time.

This film is incredible! It's a daring, epic endeavour, that dares to take a stand against some of the more poisonous Western movie sterotypes... Awesome!

I voted just to comment. I can't stand Tarantino. In my opinion, his movies use crutches like large amounts of profanity, political/offensive themes, relying too much on outrageously overdone action scenes for shock value, and most importantly non-original ideas taken from great directors like Sergio Leone. If you like Tarantino movies, that cool... just not for me.

Django Is in my top 3 Tarantino Films, next to Once upon a time in Hollywood And Pulp Fiction. Favorite performance has to be Cristoph Waltz.

I was expecting than the good the bad and the ugly was above this, but... 27?

Best movie of all time

The Contenders
11 Butch Cassidy and the Sundance Kid

Excellent western I'm surprised it is not in the top 10-- it should!

The ending was the greatest ending.

Great movie told from Native American perspective. Great score and scenery. The plains are the star.

A masterpiece. As good if not better than the book.

Told a very sad but true story of the west.

High Noon is the best western because of the simplicity of its conflict, and the clarity of its themes. "Do not forsake me O my darlin" is a perfect theme song because it is essential to the story. Grace Kelly initially forsakes Gary Cooper, but ultimately returns to kill one of the outlaws and save him from certain death.

Single-handedly created the illusion of the one-on-one street gunfight at noon on main street happening in the old west all the time. In fact it never happened once in documented history

A classic. Still good and better than the majority of westerns that came after it.

Has to be the best Western ever. A handful of cast would have made a great stage play

15 The Man Who Shot Liberty Valance

Even though Wayne and Stewart were a tad old for their roles, this film is just outstanding! Sure, I think The Searchers and Unforgiven are the top 2, but this film at #20 is way too low. It's a top 10 western without a doubt.

Great Masterpiece. Stewart and Wayne in the same film.

Great movie with The Duke and Jimmy Stewart.

Authentic scenery, and true down-to-earth meaning of a western

17 There Will Be Blood

A magnificent movie which completely honors McMurtry's brilliant novel. I'd place it way up in top ten! Robert Duvall's Gus is one of the best characters of all time in any genre...

My favorite western! And I feel it should/would be in the top 5 for anyone whose ever witnessed this masterpiece.

This should be in the top 15 at least! How is this masterpiece so low on this list?

Has everyone lost their mind that they have forgotten this one!?

This's the best Western ever made. It has to be Alan Ladds' most iconic character role that captured it best. A reformed gunfighter must revert to save these he love and rid the valley of the corruptive effects of guns and power. Shows the power of the rugged individualism needed on the frontier for nation building.

This is the greatest western ever made. Shows how hard frontier living was, coupled with the greed and corruption of the time. Alan Ladds performance is a thing of understated perfection, and jack parlance the most menacing of bad guys. The whole movie is perfect from start to finish..

The best...iconic characters, great story. All through the eyes of Joey, the young boy played by Brandon deWilde.

Good good guys, great bad guys, a western with heart, a wonderful story, and a hero.

20 The Quick and the Dead

Only one word crap

Come on people, this has got to be in top 5! John Wayne is the west and this is his best movie

How is this western not in the top ten?

23 The Treasure of the Sierra Madre

The end of that movie was insanely badass!