Blue Sky Studios is one of the leading animated-movie-making production companies around and this list compiles the greatest films released by them to date.
The Top Ten
1 Ice Age

I know "Ice Age" as a trilogy has gotten worse over time, but I enjoyed the first two movies. I liked the development that the characters Manny, Sid and Diego have gotten and it's got a good story.

Even though this film is repeating the same grounds like shrek, shark tale, and monsters inc, the film has enough heart warming and hilarious moments to keep it from getting old.and is the best ice age film in the franchise. I recommend it for younger viewers and parents also adults.

This is a very heartwarming and enjoyable movie, based on the "Peanuts" comics, with amazing animation and likable characters. If you like the series "Peanuts" with Snoopy and Charlie Brown, you will probably love this movie.

This film is a Movie Adaptation Done Right. This movie stays true to the original's source material and is definitely one of Blue Sky's best films ever! If you are a Peanuts Fan or just curious about this film, I highly recommend it!

It's very uncommon that we get to see a movie adaption stay true to the original material, but I don't think I've seen another film do it as good as this one. Any fan of Peanuts will adore this film.

It has amazing animation and watching the movie brightens my day. I have always been a fan of the old one so this movie is just absolutely out standing!

It's a pretty underrated movie. I remember watching this quite a bit when I was younger, because it was very exciting to watch. I liked the characters and it's got a pretty unique story.

I love all of these Blue Sky studio movies, I don't care what anybody thinks of them, I love all of them especially Robots. Robots is better than the 2013 Walking with Dinosaurs.

Why isn't this number 1 as this movie is amazing. Also with Disney buying blue sky robot will make a big impact as that's how good it is

Easily their best one.

"Rio" is my favourite Blue Sky movie in my personal opinion. It's got likable characters, a decent story and brilliant animation. I really liked the character development that Blu and Jewel has gotten during the story of this movie as well.

Hilarious, lovable characters, and loaded with fun, catchy music that can even give Disney a hard time.

Let me take you to Rio, Rio
Fly'o the ocean like an eagle, eagle
And we can chill in my gazebo, gazebo
Oh oh oh oh, na na na!

It's a great movie with great characters and music. Extremely underrated movie

This was probably the 1st movie that I've ever got. My great aunt gave it to me for Christmas when I was a baby in 2008. I was born in that year.

6 Ice Age: Dawn of the Dinosaurs

This one is my second favorite movie. I love this movie forever! Forever and always always forever.

Hidden gem. Too bad it had to compete with the Disney hype of Frozen.

Exactly why is this movie even called Epic?

Rio 2 is my best Blue Sky movie. It's really good.

This should be higher than the Ice Age sequels, Robots, Ferdinand, and Horton Hears a Who in my opinion

Better than the first.

I liked this one a lot more than the Ice Age films and Rio.

This is the best

I actually liked this better than the original. Probably because my favorite character, Diego, wasn't evil in this one, and he even got to meet his girl Shira.

Probably one of the most underrated animated films I've ever seen

Are we seriously including short films on this list?

Umm... this is not blue sky

So, are we gonna pretend that this is a movie then? 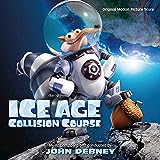