Greatest Fantasy Movies of All Time

Lord of the rings and also Lord of all the books and movies. Other movie actors get scared when they hear about Lotr because they know that it's gonna steal the limelight! It graced our childhoods.. Now we will be proud to say that the best movies ever were made in our times and our world. Long live the most heart touching and genius story ever

This is just a briliant master piece. It has amazing graphics, amazing battles, amazing acting, amazing quality and an Amazing ending to an amazing trilogy. It also won 11 oscars inculding best picture tying with titanic and ben-hur. Long live the lord of the rings and long live peter jackson.

Lord of the rings is the best movie ever. The storyline is so artistic and amazing, the graphics are incredible. And it is based off the best book in the world.

This movie will always be my favorite, till the end of my days.

This movie is the best movie made by mankind. It is very intense, but very beautiful and magical at the same time. This will always be my favorite movie and it has also inspired me.

Lord of the Rings: The Fellowship of the Ring and The Two Towers is a two film remake of Ralph Bakshi version which came out in the 70s.

Two harry potter films above this is starting to cause me a pain in my upper ribs.

Definitely not as good as the other two, but it is an amazing movie.

3 Pirates of the Caribbean: The Curse of the Black Pearl

One of my favorite movies ever made.

More people voted for Twilight than The Princess Bride? Wow... It's official. The people of our world no longer know what a good love story is.

One of the best fantasy movies I seen and has the best love story.

Why is the second worst Harry Potter movie number two?

This ain't fantasy. It all in a book!

5 The Wizard of Oz

I love the Lord of the Rings but Wizard of Oz is a classic that's never going to get old. Great Casting, fantastic characters and is the best fantasy movie of all time.

The eternal classic that started it all, such an amazing musical fantasy with amazing talents, forever that best! Oh and by the way why is twilight here? Laugh out loud

This movie deserves to be watched by every kid EVER! I love it! I was Dorothy for Halloween two years straight!

Thid film is timeless, yet it's a nitpicking gold mine. Yet it's completely flawless. Every line, every sibgle frame in this film is memorable and will last through history. Sure OZ THE GREAT AND POWERFUL is before the original, but that's only because of it's effects. If the original had better effects, it would be in the #4 spot.

6 Beauty and the Beast

Star Wars is science fantasy. because when you get down to it, the star wars movies aren't at all that scientific. the movies primary aim is to deliver drama, philosophy, and political science and and less on scientific knowledge. the physics don't make any sense. like, how can a space aircraft make sound effects in space while flying and making baked turns in space? Or how can life survive on a planet made entirely out of desert (Tatooine)? No one let's these bother them because they aren't scientifically advanced enough to understand these errors. they just enjoy good entertainment and will love to pay attention to whatever you give them.

Star Wars is definitely fantasy. And great fantasy, at that.

8 Chronicles of Narnia: The Lion, the Witch, and the Wardrobe

I love this film and it's sequels. Should be in the top ten.

This is the best one in the series.

This movie is almost perfect.

Lily James is flawless as the "ragged servant girl" as she shines like the true princess she is. Cate Blanchett channeling Marlene Dietrich and Helena Bonham Carter channeling Johnny Depp are quite entertaining themselves.

In a post-Enchanted world where fairytales are taken apart in the likes of Into the Woods and Maleficent to be post modern, this Cinderella is radically non revisionist.

Arguably the antidote to Frozen. Ironically when this Cinderella was in cinemas a Frozen short played in front of it.

That blue ballgown Lily James got to wear was the most beautiful costume since Mia Wasikowska's red court dress from Alice in Wonderland.

How can be this movie so high, it's not bad but 3rd place? Seriously?

? The Maze Runner: The Scorch Trials

? The Maze Runner: The Death Cure

The Contenders
11 The Dark Crystal

13 Harry Potter and the Chamber of Secrets

Harry potter is a genius work! Its cannot be compared to lotr because v know that no one can touch that movie.. But talking about harry potter. It's the most detailed movie ever.. Harry potter is legendary.. It can't he conpared to Lotr but I know that it will be remembered with it till the end of the world

Ten for effort, greatest movies based from book, well done cinema photography, great direction, served its purpose, excellent movies all of them glad to see they finished them.

I don't really understand how can be this 2nd. It was the worst HP movie for me. Very slow paced. The best is simply Prisoner of Azkaban

It is the best movie and best book. With Daniel Radcliffe and Emma Watson the best actors I love the most

15 The Lord of the Rings - The Two Towers 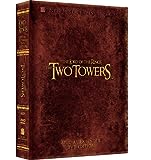 Excellent! Should be #3 with The Return of the King as #1 and The Fellowship of the Ring as #2.

One of the best fantasy movies of all time, with the biggest plot twist in cinematic history, this deserves to be in the top 10

I have watch the lord of the ring it really has a great picture, plot, story and a great ending but harry potter hallow is amazing I have never seen such a movie before and also has a great ending and also emotional. H.P deathly hallows is my favourite

Man this should be number one! I will die without Harry Potter.

Why Is this not higher?

20 The Hobbit: The Desolation of Smaug

I think am the only one that is thinking that lord of the rings is totally overrated, Hobbit is far better than LOTR especially desolation of Smaug
This is how it suppose to be.
1. Hobbit Desolation of smaug
2. Harry portal Fire of globet
3. Hobbit Battle of five army
4. Harry portal deathly hallows
5 LOTR return of the king
6. Harry portal Chamber of secret

21 Clash of the Titans

Under-rated by many, snubbed unfairly by the vatican, but more subtle than Chaonicles of Narnia.

With Armour clad polar bears, animal Daemons and exotic locations like Trollesund and Svalbarg, this feally is fantasy.

24 The Nutcracker and the Four Realms

25 Prince of Persia: The Sands of Time