First time I saw this, I was young so I found this scary. Looking back on it, I say to myself "Why did I think that was scary? " All of the stuff is so predictable especially the ending.

PLEASE get this movie up to #1 on this list... All of the paranormal activity movies are so bad. I watch them, then 2 seconds later I'll go up to bed, in the dark, unphased.

This movie was made for the people that think Charlie Brown with a sheet over his head is scary!

The ending was so predictable, when it happened I just laughed

The first half of the movie is fantastic. I loved it. Then they get on the boat and Quint, the least believable crazy person of all time, decides to ruin the whole ambiance of the movie. Then we see the shark and think...that's it? Then we get goofy Quint and rubber shark together at the end, Quint yells a lot and spits out ketchup, the shark looks hilarious hanging over the edge of the boat, and then the shark is defeated in one of the cheesiest ways imaginable. By the time you're done with the second half of the movie, you'll forget the amazing first half and not be that afraid of the water.

I saw it when I was eight, and I loved it. Parts of it scared me at first, but I got over it. Looking back, it's not horrifying. I liked it a ton, though. Thanks!

Actually, this movie makes everyone who watches it to stay out of the water.

Its not a scary movie but a good movie to Watch.

I have watched so many horror movies, that I am numb to any of them being scary. Halloween has a handful of intense moments but is not too scary. Compared to a ton of other horror movies, Halloween shouldn't be near this list.

Whole movie I was thinking is it over yet. It was boring. I am 14 years old so that probably has something to do with it.

Good movie but one that is more gory that scary. It has good vibes but fear is not what you will get from this movie.

I agree that this made-for-T.V. movie did not capture the true terrifying horror of the novel. This book is phenomenal and deserves a better movie. Thank goodness Warner Brothers is currently working on a new film version for theatrical release. They say it will be broken into two films. If done right, this could be epic.

I know some people might think differantly about this but Stephen King stories are not scary, nothing he's ever made was scary, especially his movies, this movie was godawful, and everyone in this movie exept the main characters were some of the biggest asss ever, also TOO MANY FLASHBACKS! And why was one of the bullies so obsessed with carving his name into one of the kid's stomachs? Every time he catches him he try's to do it. This is just a mean spirited stupid non scary movie that shouldn't exist

Tim curry doesn't even look like he's taking the role seriously. He just keeps laughing and telling dumb jokes. He's more of a nuisance than he is a threat.

If you're watching a Stephen King movie just know it's going to have these elements, 1: it takes place in Maine. 2: it won't be scary even though he wants it to be. 3: alcoholic parents. 4: everyone except the main characters are asss. 5: supernatural creatures with no explanation. 6: good setups with disappointing payoffs

The only thing scary about this movie is Mark Wahlburgh's acting.

6 Attack of the Killer Tomatoes

Wait...this is a horror movie? I thought it was a comedy!
Seriously, though. this is one of the dumbest movies I've ever seen. The trailer of this movie tries so hard to make it seem as cool as possible. but I find the trailer to be more entertaining than this pile of crap!

This movie made me scared of tomatoes because the tomatoes slept with my girlfriend.

This sounds weird. What's next? A movie about when baseballs attack footballs?

How is this scary

The most boring film I've ever seen, complete with a cringe worthy monster reveal.

At the time it came out, and for a few years after this movie may have been frightening, but today, this movie is actually a little sad, and a lot over-rated. I laughed through a lot of it, and only got the slightest chill when she went down the stairs upside-down. I was quite disappointed.

Why do people say this movie is so scary? I did not think it was scary at all. It was kind of funny actually. It's way overrated.

This movie is funny rather than scary. It's too old to be taken seriously.

This movies not scary at all. This movie is overrated.

Unpopular opinion here: I actually got extremely bored with this movie and scary is one of the least words I'd use to describe it.
However you have to consider that this movie comes from another time to be fair.

It was a horror movie? I thought it was a action movie. Except the part where that chick met a man in a dog suit kneeling in front of a man. That's it.

10 I Know What You Did Last Summer

More of a drama, thriller or action movie. Not at all a scary movie

It's not that great. It's very derivative.

The Contenders
11 A Nightmare on Elm Street 2 - Freddy's Revenge

13 Dead at the Box Office 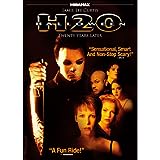 15 Children of the Corn

After the first death it became cheesy and stuff. Decent plot but just not scary

I thought this movie was dumb.

This is such a stupid film.

Actually Child's Play was no longer scary WHEN Bride of Chucky came out so how dare you!

I hate you baby

Hey! I was born on Friday the 13th

When the mom at the end of the movie was trying the kill the main character and also talking as Jason, I was laughing my ass off

To be honest this movie is kinda great and awseome BUT it's so over-rated like many 'horror' films (For me aat least) And its just pure gore mixed with serious F-Bombs. Another movie I LOVE probably because of the storyline and the whole experience was 'Descent' Whhichh was 'A LITTLE' worse and scarier than this but barely mentioned... HOW COME?

Saw has a lot of gore! It is a horror film!

It may have been scary back then, but now it's just really corny and really dated. Besides, after brad dourif is shot in the beginning he doesn't act like he's feeling any pain. He sounds like he's annoyed.