Ever watch a movie and couldn't wait for the sequel? Here is my top 10 movie franchises.
The Top Ten
1 Star Wars

Almost every movie is a masterpiece, but that's not why Star Wars is the best. It's because the concept is amazing, the world building is awesome, great character development and the story is beautiful.

I don't care if you hate the prequels, they were good movies (3 is my favorite star wars movie of all time) The original trilogy is one of the best sets of movies set to film, and the original Star Wars propped up a genre that didn't really exist until after the huge commercial success. Episode IV did a great job of introducing characters, Episode V managed strife that people go through in life really well, and Episode VI was a great finisher. Episode I wasn't meant to connect to 80s kids it was meant to connect to new people, and it did a good job of that, also the musical score with duel of the fates was really well done. Episode II is introduced a nice mystery that if you want to understand the creation of the clone army you have to watch the clone wars series, and the battle of Geonosis is the best part. Episode III had some of the best lighstaber duels in the entire saga, 5 if I'm not mistaken (Dooku Vs Obi wan and Anakin, Obi wan Vs Grevious, Mace windu Vs Palpitine, Anakin vs ...more

Star Wars is the most EPIC movie franchise in all of cinema history! Yes, the sequels were a bit of a let down, but that's only three movies. The Prequels and Original Trilogy w

Such an iconic movie saga, the OT is probably the most famous trilogy to ever exist and I'm pretty sure everyone has watched at least one Star Wars film in their life. You probably life under a rock if you've never heard of Star Wars. It is truly iconic, from its films to its characters to scenes to score to planets to quotes ("No, I am your father") And I would say that Star Wars (1977, Episode 4 A new hope) is probably one of the most iconic films of all time and one of the best along with Empire. Yeah the prequels were a let down but The Force Awakens is the biggest movie of all time and this again will, even though created in the 70s, still hold up to our everyday lives like no other before, just check out the success of it - movies, T.V. shows, merchandising, I've never met a person to say Star Wars is bad and that they hate it (excluding those who have only seen the prequels, I recommend to watch the OT first) and celebrities love it, just who doesn't love the BEST film saga to ...more

There is a film for everyone in this franchise.

If you like them more comedy oriented it has: The IronMan Trilogy, The two Ant-Man movies, Spider Man Home Coming And Thor Ragnarock

If you like them more complex there is The Winter Soldier, Black Panther and Civil War

If you enjoy space movies there is : The guardians of the galaxy.

It's a franchise with a movie for every specific taste

The MCU is the very first movie universe a model of releasing movies everyone wants to do now. Each individual movie is a story of its own even though #itsallconnected. The MCU has perfect castings in their major roles (especially RDJ as Iron Man) and not a single movie was received badly.

I was expecting this to be number 1 which it is for me but it's position as number 3 is still great.

3 The Lord of the Rings

One of the few franchises where the movies are just as good as the books. The Harry Potter movies left out so many important plot points (partially because some idiot thought it would be a good idea to make movies before all the books were out), has some painful special effects in the earlier movies, and started the annoying trend of splitting the last book into two movies. Back to Lord of the Rings, the books are just brilliant and so full of detail, and the movies manage to translate this pretty well.

Excellence unimaginable! Such a beautiful soundtrack, excellent actors and characters, and a beautiful story set in the best-known fictional world that there is - Middle-Earth! Winner of 18 Oscars (Including of course, The Hobbit Trilogy), nominated for 800 and winning 475, this is the most award-winning franchise there is! It has won more Oscars than Marvel, Harry Potter, and Star Wars put together!

After the 4th Harry Potter the franchise ditched what the franchise was about, Magic and Learning. Then they try to make it like LOTR so J.K. rowling can take the easy way out of what could've been a great series. Yes I knew Voldemort was always the evil power in the series but we seriously don't need three books and 4 movies to end Harry Potter!

Good grief, why does everyone love these movies so much? The books were just bad. I love world-building, but I thought Middle-Earth was boring. Characters are boring and bland. I hate to be that guy, but the battles were the only thing that kept me invested in these movies.

Why is this franchise on here, it's not suppost to be on here cents it's one of the worst frachises ever, I hate Harry Potter because it ripped off home alone, my favorite Christmas movie. It is a disgrace to Warner brothers. It has butt humor, toilet humor, too many bad language, twerking, poop, killing, violence, and others. I can't believe Harry Potter is for kids, the books are for kids. But the movies are even worse than the books, and why did it get a spinoff! I hope that's gets canceled too. That should have never happened. Because I just wanted it to stay canceled. Not go on forever. I remember from the very first movie where Harry Potter got a Christmas present, and then he twerked. That is such a bad idea. It's even innaproperate than breaking bad. I also can't believe my boy boy the dvd's for me when I didn't ask for them. But think God I gave them away. I'm glad I don't haft to deal with it anymore. I've not had any of the Lego sets which I'm never getting any of them.

Harry Potter was much more influential than Lord of The Rings. Sue LOTR is an oldie, but a goodie, but just because it's older, doesn't mean it's better. And oh please! Star Wars?! I know, it's influential and everything, but it's just a phase. People tend to get over it quickly. And as if talking succes in numbers too, Harry Potter has made the most money out of these 3 franchises.

The books are excellent. They create a wonderful community hidden within the Muggle world and are just great. On the other hand, ask someone who has only seen the films who the Marauders are. Here's a tip: wait until all of the books are out before you make a movie.

The books are amazing, even if they did borrow a lot of material from The Lord of the Rings. The movies, on the other hand, suck. The tone and feel is all wrong, and some of the characters are just... weird. Like Voldemort.

Indiana Jones is a really good franchise, I love indian a jones, all the movies are good, kingdom of the Crystal skull, the last crusade, and raiders of the lost ark, and the best one out of all of e'm is the temple of doom, it's my favorite, I wish this one was #1 on this kist, sadly it's not, I love indiana jones, I'm sad this franchise got canceled in 2008, but there still a movie coming out in 2019, I'm excited for that one!

Amazing! All the movies (excluding the last one) were great in my opinion

Raiders of the Lost Ark, Temple of Doom, Last Crusade & Kingdom of the Crystal Skull

Batman Begins was a great one.

Best series of all time

8 Pirates of the Caribbean

Say what you want about the pirate setting, it's subjective after all. But it's shocking how masterfully made the first 3 movies are. The cast, the narrative, the direction, the soundtrack, the action sequences, the character development, the plot, the humor, the visual
effects and audio design, no need to go on. Each movie is a masterpiece, this franchise has become iconic producing a ton of money and fans, yet it's STILL underrated.
~Hoist the colors

My favorite movies of all time.

This is defiantly my favorite! I actually love all the five movies from this franchise!

10 Back to the Future

This is my personal favourite movie trilogy. I really liked the idea of time travelling and the characters are really likable. The first movie is one of my all time favourites.

This franchise is so cool! I mean who doesn't love time travel?!? Plus this franchise feels kinda like Rick and Morty (which is a really good show)

Argh, I have to choose between Back to the Future and Star Wars. Um... I'll take BTTF by a fraction.

Am I the only person who hates Toy Story? The plot, the characters, the soundtrack, all of it just... ugh.

More than deserves to be in the top ten. All the movies are fantastic and creative

I flippin love toy story but if someone hates it I can understand.

Ah, true art! Star Wars, like Indiana Jones, is nothing more than an entertainment vehicle.

GodFather 1 and 2 are the two best movies of all time besides The Shawshank Redemption.

The Dark Knight and Batman Begins were great movies.

@Jared Terminator 1 and 2 is all we need.

I think Genisys was the best. Going back into the original 1984 movie was awesome

Can we only count the first half of the franchise?

My absolute favorite movies. I watched them already over 20 times

The first one was a success because it was new and fresh and creative. The sequel was a huge disappointment.

One of the Greatest Action Movie-Franchise and one to have a long-run on same lead for 20 years with better movies than the last.

Should be much higher!

Underrated. I love them. I don't need advanced plots in a movie, that's meant for entertaining through visuals

Along with Godfather! Even though that not all the Rocky movies are equally good. Just like The Godfather part. III is not so good neither. If I had to choose a franchise considering all the movies and say that I love them almost equally, I'd go with Back to the Future.

Movies were fine, but the books were better.

I can't believe it's not in the top ten! Saw is a great movie franchise. Lot's of blood and always a twist ending. I'm a huge Saw fan. I can't wait for Saw: Legacy to come out!

This is one of the amazing and shocking movie series ever it is my all time favorite series! 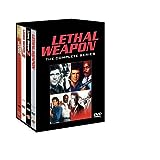 I love this franchise it's so funny and has plenty of action. It's pretty underrated in my opinion

All four movies were great!

Why is this on here? Why? I will admit that I watched them and even liked them at one point, but then I came to my senses. Twilight is just not a good franchise.