Top 10 Best Musicals of All Time

I grew up with les mis, and every time I listen to this I am in tears. its an utterly amazing musical with a powerful story and themes, the music is aboslouly wonderful and its even better on stage.

Amazing musical, leaves you in tears of bittersweet joy, whether you're watching it live, or watching the 10th Anniversary concert with Colm Wilkinson on youtube, or the 2012 movie starring Hugh Jackman (among other superb actors) it will stay in your mind and heart for ages. If you're like me and had the fortune of being a part of a production of it, it truly leaves a mark on your soul. If you see only a few musicals in your life, this should be one of them.

Not only is Les Miserables entierly sung through, but it has some of the hardest songs for any male singer to sing. While Phantom has three interesting characters whom we actually care about, Les Miserables manages to make every member of the lead cast compelling and interesting, even if they recieve little stage time.

It's the best stage musical. The score is powerful and uplifting. It gets into your heart and soothes your soul. For musical films it has to be Singin' In The Rain - Gene Kelly...*sigh*

2 The Phantom of the Opera 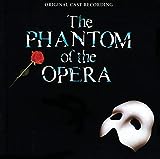 For me, Les Mis and this are tied for first place. Contrary to what people say it has a beautiful score, amazing singers, and the storyline is amazing. I like the score because it's much "calmer" than other musicals, and I really enjoyed seeing the stage version of Phantom live. Deserves to be tied with Les Mis in the number one spot.
It's also the longest running musical with 12,000 shows.

Yes. Very deserving of first place. Away from the classic, all-singing, all-dancing colourful Hollywood musicals (which I adore), this is my favourite "serious" musical. Dark, brooding, romantic and with a touch of humour thrown in. A powerful story with an equally powerful score. The overture and the opening of the duet The Phantom Of The Opera makes my heart thud. Quite simply fantastic.

Of course. The best musical, stunning to watch on stage, on film and to even just listen to the soundtracks.

This is the BEST musical EVER! The music is amazing and the story is the best.

Wizard of Oz with an amazing, eye-opening twist. One simply can't help but love all of the characters. The music awakens the deepest part of you, the part that wants to be known, and shows you things you didn't know about yourself.

Wicked shows the performers vocal range. The songs are amazing to add on to it. The story is creative and really shows that you don't have to be pretty and popular!

I've seen many plays/musicals, however, this by far is in my opinion, the best ever! It's my absolute favorite!

Watched this on west end and was blown away by the set costume and music as well as the storyline.

Only one word to this; classic!

5 The Wizard of Oz 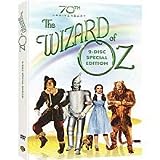 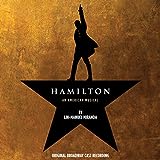 I call it The King Of Musicals. Though I've never seen the musical yet, Hamilton sure is becoming the #1 musical on the planet. Why isn't it number one here on the list? I don't know, but the musical inspires students from around the globe to learn about one of our founding fathers of America. It won more Tony awards than any other musical in theatre history, and it has unique hip hop edition of the history of America, which I can garauntee it would make everyone sing along to more than any other theatre production in history, and they even preformed at the white house which is a very rare opportunity for a theatre cast ever. It is possible that it may win the world record for the highest box office production sometime in the not too distant future because of that, but the best thing to do is to wait and see. Our founding fathers of America in this musical is more like the founding fathers of a golden musical trophy!

I think Hamilton should be number on here.
Hamilton is one of the main reason I LOVE History right now. It helps students around the world learn while listening to rapping, R&B, Hip-Hop and some other popular genres. I never thought Rapping could be in a Musical until Lin came along and blew us all away (please don't kill me). All beats are very catchy too. History is now taught in the funnest ways possible. No one can not certainly, say no to this King of Musicals

Not one thing I would change about it. From the set to the songs everything in this show is fantastic. It makes me cry every time and the emotion all of the actors give is truly wonderful. Lin has created a wonderful piece of art and everything time I hear it I think of how "lucky we are to be alive right now" when we can listen to this marvelous show.

I love hamilton and everything in it lin manuel miranda is a genius hope I see it someday it's my favorite piece of art of all time and why is it number 15? Why did you put hamilton the king of musicals in the number fifteen spot?

Haven't seen but really want to see. I hear the puppets are great. 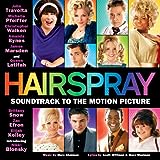 Makes me cry for hours after I hear it. The choreography is amazing and gives sad but true insight on how this event would've taken place in real life.

My favorite movie ever. If you voted for anything else, you probably haven't seen this movie, or musical. Pure perfection

I've seen this movie to many times. I don't have positive memories of it, but I don't know why.

This is a great movie!

10 The Sound of Music

It's a musical that my entire family loved growing up and they showed it in school a lot too.

Mary poppins, the sound of music and les miserables are awesome

Grease is my favorite musical, and it would be my favorite movie if not for "American Graffiti". I like the original Broadway performance better than the movie and it irks me when people say Sandy has to be a blonde Australian onstage... When in the original, she's an all-American brunette. :) But, all that aside, Grease is definitely a classic. It might be a bit mature for some audiences though.

Lion King is the greatest movie with an incredible score and great songs. But unless you're talking about the west end show, the film doesn't really count as a musical. Because the story is so great. Grease will always be the greatest musical

Great musical! I know all the song lyrics! Really catchy and a great watch!

Should be higher than this! I love this movie!

I adore this musical. I love the songs they are so catchy. It is so unique in its own way and This a imaginary world brought to the stage.

Absolutely incredible. The score superb (Memory, Macavity: The Mystery Cat... look it up, they're all amazing), the dances are awesome (yay for Gillian Lynn! ), and the costumes and set design simply cannot be beaten (They're cats dancing in an oversized junkyard! It's so cool! ). And although we're talking about the stage show, the movie was absolutely phenomenal- finally, a movie-musical from the last 20 years that casts people because they're actually good instead of famous! Pure brilliance.

Ahh.. I can't even express how much I love Cats. Great songs and characters, and when the cast is on point (like in the 1998 movie), it's phenomenal.

Andrew Lloyd Webber should be ashamed of himself. Has anyone ever heard of Stephen Sondheim? All of his musicals are better than this. Absolute garbage.

Do you know the territory? 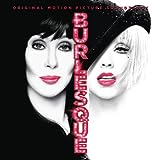 16 Willy Wonka and the Chocolate Factory 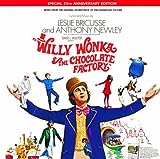 I love the custom candy bars and hoe kids are into it.

I adore fairytales, and all of the great songs in this musical. One of my favourites! 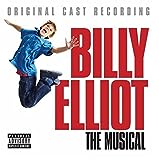 Absolutely fantastic music, story, characters, everything. This musical literally changed my life - it inspired me to be who I want to be despite how my peers or parents felt about it. It talks about a deep societal issue that is still ongoing and often not spoken about. While gender barriers are much less strict than they used to be, it's still more acceptable for a girl to embrace masculinity than for a boy to embrace femininity and Billy Elliot demonstrates that issue in a way that had me laughing and crying throughout the show.

I love Billy Elliot! Ever since I was in it up until I got to see it on Broadway! 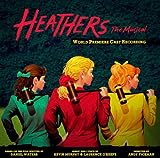 The storyline is bottom-line AMAZING. It manages to be comedic, dark, relatable, and satirical all at once. Heathers is a depiction of school and society as a whole (exaggerated as it may be), and it makes me laugh and cry at the same time. Great musical!

Heathers is a masterpiece. It's darkly hilarious, but it gets pretty heavy at times, especially during Act 2. But it's definitely not for everyone.

How is this so low on the list? Heathers is the best musical-and one of the best things made-ever.

Amazing vocal melodies and harmonies; should be rated higher.

This musical is absolutely underrated! For a musical. that is supposed to sponsor a franchise, this is amazing! The props and the background are creative and looks entirely the same to the SpongeBob landscape! The characters were also true to the Season 1-6 ! Stephen Hillenberg would be so proud of it!

It's funny, heartfelt, creative and clever. The singing is great, the acting is great (Pearl is meh but she's got an amazing voice), and the sets and costumes are great.

My favourite musical changes depending on my mood (tomorrow it could be Singin' In The Rain, Guys And Dolls, Oliver! or more serious musicals such as Les Mis or The Phantom of the Opera; it's too difficult to choose an all-out favourite. But my mood at the moment is willing me to give my vote to this pretty, elegant, enchanting and oh-so-charming musical.

The best tap dancer ever is in this movie! Gene Kelly is incredible and so is Donald O Conner with "Make em laugh" It's just so good and it doubles as a comedy! What more could you ask for?!

This is my favorite movie of all time! 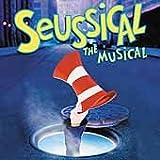 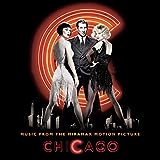 This was one of my favorite musicals to take part in. I love how tech heavy it is and I enjoy the funny songs like Me and my Baby.

This musical is amazing!
Talks about a really serious subject, but in an enjoyable way.
Sinister yet pleasing, how is this #40?

Watched it for the first time last week and was not disappointed. It's very good and I love the soundtrack so much

One of the best movies ever!