Best Rock and Pop Songs with a Harpsichord

Although the harpsichord was developed during the Renaissance and became best known as the keyboard of choice for the Baroque era, some rock and pop artists in the mid 1960s used the harpsichord to gain a suitably baroque-type feel or for the sake of experimenting with different instruments. Feel free to add more examples; they don't have to be Sixties songs, but I can't think of anything from beyond the Sixties off the top of my head.
The Top Ten
1 Fixing a Hole - The Beatles

One of my favorites!

2 For Your Love - The Yardbirds

The keyboardist who recorded the session was an organ player who came in and realized that there was no organ or piano in the studio. There was, however, a harpsichord, and he used it, thinking "There's no way a song with a harpsichord on it will become a hit". And sure enough, it actually did become a hit; it was their first number one on the British charts.

3 Play with Fire - The Rolling Stones

Jack Nitzsche, who frequently played keyboards on Stones sessions from 1964-1966, played the harpsichord on this one. The Stones also used harpsichord on Dandelion, Sittin' on a Fence, Yesterday's Papers, and Lady Jane.

Love this song and love how well the harpsicord goes in and I think you should do more things like this because it has really helped to understand how many of these songs have older instruments like the harpsichord. Thank you.

4 Love Me Two Times - The Doors

Ray Manzarek played a harpsichord solo on the song; he said he did it on purpose to confound the listener's expectations.

This is an amazing and beautiful song.

Harpsichord works so well on this song.

The harpsichord is essential to driving the rhythm and setting the mood of the song.

This is probably the first proper baroque pop song, so to give it the right flavor, they used a harpsichord. The end result is fantastic.

I saw them in person and was inspired to get a keyboard that has a harpsichord voice.

One of the most unique singles ever made. One of the first ear worms.

I bought it when it was first released. One of my favorite bands

8 You Still Believe In Me - The Beach Boys

The best of them all.
The most beautiful use of the harpsichord to date.

9 Some Mother's Son - The Kinks

Ray Davies plays the harpsichord here. They also used a harpsichord on the song "Village Green".

Best in my opinion

The Contenders
11 Burning of The Midnight Lamp - Jimi Hendrix

Jimi himself played the harpsichord, despite the fact that he himself said he couldn't play keyboards. 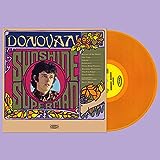 The harpsichord was played by session musician Don Randi, a member of The Wrecking Crew. He played all the keyboard parts on Forever Changes.

The keyboardist on the song is unknown, but for what I've led to be true, the harpsichord was played by John Entwistle.

Graham Nash plays the harpsichord. It's a nice complement to the song's piano part, which he also played.

You can hear it come in somewhere in the middle of the song. It's not front and center in the mix, but it's still there.

This song was recorded while she was a member of the folk-rock trio The Stone Poneys. Don Randi, the same session musician who played on The Red Telephone by Love, also plays the harpsichord on this song.

25 I Think I Love You - The Partridge Family

I have never been a big fan of The Partridge Family, but this song contains a brilliant harpsichord solo in the middle of the song courtesy of either Mike Melvoin or Larry Knechtel (it's unclear who exactly played the harpsichord on this particular song).