Best Racing Games for the Playstation 2

I always have some nostalgia attack when I listen to Riders on the Storm with Snoop Dogg or any other song from the soundtrack of this game. Very simple and fun.

I love this game!, I like it how you need to find all the stores, it makes the game more fun. the URL races and special events just make this game the best racing game ever!

Totally worth it! Amazing graphics, awesome gameplay, easy-to-learn controls! If this game wouldn't be on my system, I would never touch my PS2.

The scope for this game is beyond anything else that was available at the time. Over 700+ Cars, 50+ tracks, a VERY extensive career mode that (should you do everything on A-Spec mode) can take over 200 HOURS to complete, a very widespread way to go through the game at your own pace with what you want, and some solid driving experiences that put Gran Turismo 4 on its own plateau as becoming an all time classic racing game.

It is the best racing game for sure.

It has the Nuerburgring... nothing is better then driving in the "green hell"

Burnout 3 remains one of the most pure arcade racing experiences ever made, and despite the years past, has aged absolutely beautifully. The speed is intense, putting the player right close to the edge on whether they can nail the corner, takedown their opponents (hence the name), or be heading head first for the wall or oncoming traffic.

Combine that with a rocking' soundtrack, great performance (runs at a rather consistent 60 FPS), Native 480P support, and the always excellent crash mode, puts this game as one of the best arcade racers of all time.

Such a great game. As other comments have pointed out, the 'Takedowns' are amazing, and it manages to put thrills and a sense of chaos into an otherwise fairly bland genre.

One word... SMASH! The crashes are amazing. Just enjoy the way the car slides around.

One of the best PS2 racing games out there. And it was one of the console's lauch titles!

5 Need for Speed Most Wanted

The game play, graphics at the time of its release, the realism of the cars and crashes, the vast customisations and overall layout made this game stand out as an instant classic. Worth playing and you won't regret it.

The best racing game I have seen. When I got the game back in 2005 I was like "This is so realistic!" Will never lose this disc. 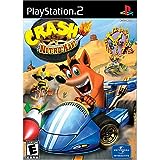 Used to play MDC all the time back in the day. Great game. Always gonna remember it to be one of the best! 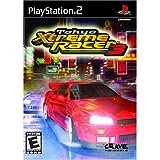 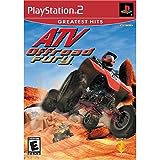 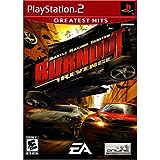