In my opinion, PS3 beats any other system easy. But there are some bad games for PS3.
The Top Ten
1 Duke Nukem Forever

Calling it the worst is a little harsh. Its main problem is not the core gameplay. There are still a lot of things to interact with in the environment. The main problem is the way in which it is presented. The controls, story, bugs and glitches as well as its obscure design just makes it unplayable at times. The games feels rushed despite it being in development for a long time. Sometimes it feels like they were not even trying. The game is so repetitive and feels very unfinished. Overall this game is not the worst thing ever but definitely dosen't feel like it had a lot of love and care put in to it.

This game is awful. The game is about a guy fighting Monsters, but worst the girls awalys hangout with this stupid guy. Plus it haves peeing in it, that is super nasty and I'm never playing this game ever!

Gameplay-wise and perhaps even graphic-wise, this game is pretty good. Everything else, however...

Ouch... Was everything MEANT to be horrible in this game?

Do not let any of the other games above this one fool you, this is BY FAR the worst game of this console generation. Heck, they even made a wiki page dedicated to trashing it. You just can't explain this revolutionary piece of crap in a few sentences. Go on YouTube and watch every reviewer tell you what's wrong with it. You will laugh at the videos.

Screw this game and everything it stands for. It's a mind-numbing train wreck of a title filled with abysmal controls, laughable AI, terrible driving, easy-as-hell combat, atrocious voice acting, a nonexistent story, casual sexism, and SO MUCH MORE.

Do not play this game. It is worse than anything else. Trust me.

Can you honestly say duke nukem forever is worse than this? No you can't and how is little big planet and saints row 2 anywhere near this list?

This game sucks so bad it makes Call of Duty Ghosts look good. Because atl least Call of Duty ghosts is bearable

Pes will never match FIFA.
This game was NOT a PES. Usually they are barely passable as a FIFA game.

Actually swapped this game for a bigmac meal. I owned it for an hour (the game not the bigmac, I still have that)

I bet even the dear old Queen hates this one.

I actually liked this game. I've had it for years now and never past level 1 but I really like the multiplayer.

This should be way up there

It should be 1# of the worst game ever

This game makes me want vomit 😉

This is the reason why there is gay cancer

This pile of crap deserves to be number 1

The only thing more immature than crazy Call of Duty fans are the Call of Duty haters. Their games are flawed, but not bad. They are great even (modern warfare is one of my favorite games). Sure the Call of Duty series doesn't deserve to be considered the best, but it is far from the worst.

As much as I kinda enjoy the Call of Duty games this title has little enjoyment factor to it and I'm surprised of the brainless slugs that enjoy this failure of a game.

Again this is your opinion, I think the game was good but not great

13 Lord of the Rings: Aragorn's Quest

Lord of the rings the Saturday morning cartoon version. All it needs is Skeletor voicing Sauron and it is complete

I like the movies but I hate the games

The Legend of Zelda Aragorn's Quest

How On Earth Is This Game Only 37? , Also What Moron Xbox Fanboy Put Littlebigplanet, Gran Turismo 5, Metal Gear Solid 4, Ratchet And Clank Future: Tools Of Destruction And Thr Last Of Us On Here? , Those Are Great Ps3 Games, As For This Game, It's The Sonic Game Pretty Much Everyone Hates So How Isn't It Higher?

The PlayStation 3 version is easily the by far, worst version. Why isn't it #1?

How is LittleBigPlanet higher than Sonic 06?!? SONIC 06 IS A TERRIBLE GAME!

Sonic have been stuck in a wastebasket and he can't get out.

Are you kidding me. This is one of the best racing games ever. And why is Call of Duty and nfs the run on this list. This has to be the worst list ever. I hate TheTopTens.com for this list and so many games like socom 4 are not in this list.

This game is crap. every time I turn a corner at any speed I understeer. the acceleration on the cars compared to other racing games is crap and the cars sound terrible. I expect more from sony...

Okay, let me point this out for all of you. If you put a game made by Sony themselves, and classify either as one of the worst games of a console made by that same company, YOU DID SOMETHING WRONG!

Dude. This game is the one of the best racing games ever. I seriously DONOT see why Gran Tourismo is on this list. The first time I played this game, I could not- and I mean not- get off it. So this game isn't there on the list.

All the voters are people that never played the game. It's super fun you can create literally anything and not get judged not mention the community is filled with 85% nice people unlike the Call of Duty games with people that get mad at you for camping or dieing LOL

What IS WITH THIS LIST? Lbp is a ton of fun, Saints row 2 is the best saints row game and second best free roaming game (after red dead redemption) ever and R&C a crack in time is breath taking and one of the best PS3 exclusives ever. Why isn't AC3 and Uncharted drakes fortune on this list.

This is so boring I thought game companies wanted their games to be a hit instead of a failure gs! I never wanna see this game again so BORING!

What?! A Crack in Time is breathtaking! It should NOT be on this list!

How the heck did this happen this game is IGN editors choice. Everyone loves it. This should not be on this list at all. 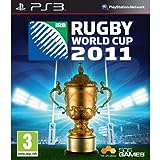 What rugby! Its way better than what you Americans play because you copied rugby and took football's name and turned into American football and you almost never use your feet, bull

When I saw this advertised, I thought: yes, the rugby games are back from ps2! Then I played it... Meh.

This game is really good! I don't know why people don't like it, I mean the graphics are pretty bad but otherwise the game is awesome!

Most disappointing game I've ever played. This was probably the last Call of Duty I'll ever buy.

Its just the same as all the previous Call of Duty games. Nothing has changed.

Why do people hate this, it's just another call of duty game, it's awesome!

One of the most hyped games with the most disappointing release.

Great game, but controls ruin it all. It kills all the fun of the whole frikin' game. What a disappointing game. :(

Little big planet was my first game and I like it the most. Get it off the list!

The worst Need For Speed of all time! -_-

Not true this game is cool and it has a cool name.

No its not true I also have it. It has awesome robots and technical things.

They should stop this crap!