Love it! The character progression of Pink is a bit scary by the end of the Album. Still a classic with great guitar solos, lyrics and song transitions.

The Wall is a musical triumph. Just the words "Hey you, would you help to carry the stone? ", especially with that harmonization, are enough to send chills down my spine. I'm working on a script for a stage album, and it's turning out greatly. Thank you Nick, Dave, Roger and Rick for giving us a masterpiece, and God bless the last one, you are forever in our hearts.

My criteria for a quality rock opera: - pleasure of listening - quality of message - how interesting the story is - re-listen value - ability to portray a feeling - excitement

This ticks all of the boxes better than any other rock opera or album I have heard.
Runners up for me are Quadrophenia and Operation: Mindcrime.

The Wall is absolutely the best rock opera. I can sit and listen to The Wall over and over again and never lose interest. Almost the same for Tommy, but it doesn't have that sympathy that hits me with The Wall.

The first and best and weirdest. When you listen to it, time just flies. Producer Kit Lambert and The Who dialed it down to create a dreamscape type sound. Their most disciplined album, you can tell that they knew that they had gold.

Tommy is just the best written of them all. Plus, it has the most obscure, but interesting story line. A boy who witnesses his fathers death and is told not too see or say anything about it and his mind takes it to an extreme and he becomes deaf, dumb, and blind. He is then given to his molesting Uncle Ernie. He discovers he is a "Pinball wizard" and becomes famous around the world. He becomes very attached to mirrors and they feel he can't see the things around him but himself in these mirrors. His mother is mad that he is becoming too attached to the mirrors and smashes them. This cures tommy of his odd disease, hence the songs "Sensation" and "I'm Free." Uncle Ernie tries to take advantage of Tommy's fame and starts a wildly overpriced camp for children of Tommy's old nature to be cured and learn pinball. The children in the end rebel, which is the song "We're Not Gonna Take It." I feel that this storyline by itself makes it #1.

This album is the original rock opera and has by far one of the best stories in any opera I've ever heard.

The Who invented concept albums and rock operas. There's no way number one is not for them

Kind of an opera. The concept is a little sloppy and it almost feels like Townsend had to bend the story to work in the personalities of the 3 other members. But they are at the peak of their musical powers and you can hear it all in "The Real Me" - Entwistle's blaring bass guitar, Moon's manic and brilliant drumming, and Townsend's guitar all shine but the real star of Quadrophenia might be Daltrey, who with his work on Who's Next (who can forget the scream on Won't Get Fooled Again?") and here elevated himself onto the Robert Plant, Mick Jagger level lead singers. Daltrey started finding his voice around 1970 and just got better and better all the way through Who Are You and "You better you bet"

Are you kidding with me!? This is definitely the best rock opera álbum, made by the genius that created the same concept, Pete Townshend.

If you went to see the lists made by critics of music about this same subject, Quadrophenia always appear in 1st place! Do I nee to say more?

Pete Townshend said about the album "The music is the best music that I've ever written, I think, and it's the best album that I will ever write"

The complexity and beauty of the lyrics in the álbum are a masterpiece.

And if you still don't believe in me that this is the best opera rock album ever made, so become to now that the respectful site Rotten Tomatoes gave to the adaptation in movie of this album 100%, do you now how rare this is is? , The movie adaptation from The Wall only receive 72% from the same site. Are you finally understanding why Quadrophenia is the best rock opera ever made, and probably the best that anyone will ever do.

Quadrophenia is simply a masterpiece, with a beautifully made plot line, interesting characters, not to mention the sheer talent from every member of the Who! It's just a great story and a great album (why is everyone comparing it to American Idiot or whatever, you don't need to put down another album to know that this one is amazing)

Definitely has the best movie. How is it lower than American Idiot. American Idiot barely has a story. Quadrophenia is really meaningful and has characters that you can relate to.

Green Day's American Idiot is one of the absolute best Rock Operas of the 21st Century. Jesus of Suburbia is such a powerful song comprised of 5 movements, adding up to a 9 minute track. It is followed by several songs that simply add to the story of Jesus of Suburbia, eventually closing the album with a sort of aftermath track: Whatsername. Legendary Masterpiece. 10/10

This is clearly the most powerful/political rock opera EVER. Following the Jesus of Suburbia and his view of how F-ed up the world is, and how he can't stop it, as he has his own problems. Add his alter ego; St. Jimmy, and the girl he falls in love with, Whatsername and you have the story of the century! On top of that, it hit Broadway

One of my most favorite album ever!

Consisting in two albums (Moon and Crescent), two tours (Kagen no tsuki and Jougen no tsuki), two novels (Moon Child and Requiem) and a movie (Moon Child), is one of the most amazing musicals of all time!

The message it sends with the 2000 old story even now, the music, the lyrics, the performance, the casting - anything you look at is perfection.
It's the Ultimate Top Rock Opera.

There is no question that JCS is the greatest rock opera; the quality of the music surpasses both the Who and Pink Floyd, and the lyrics are far more complex, akin to top literature; whilst the themes of the Wall and Tommy (especially the latter) are by comparison quite straightforward. JCS asks fundamental questions about the meaning of one of the greatest stories in history (whether it is actually historical fact or not). I find it quite amazing that this work is so little celebrated.

I think there a many that claim to be "rock opera" but in my opionion this is the one, true example of what a rock opera should be like. The music, the voices, the story, the political message. And it is incredibly moving, while it at the same time manages to be catchy as hell.

Gethsemane, Heaven on their minds, I don't know how to love him, strange thing mystifying, all of these songs and more...in one of the greatest musicals I have ever heard (especially Heaven on their Minds) 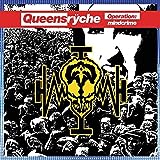 This is my favorite album of all time. Fantastic concept album. So happy that Adam Pascal is developing a version of it for the stage!

I love the Bat II album that it was skipping a little, and I think I need a new copy!

Great music and enjoy it most every day! # 1 goes with this post as Well!

The rock opera all rock operas need to be measured against.

Best Album of all time.. Period.

How can this not be higher? When you think of a rock opera, isn't this the first thing that pops into your mind?
It's the most iconic rock operas of all time!

Who didn't vote this top?! Oh my word! Richard O'Brien is greatest genius of our time and Rocky Horror is a testament to that!

Flashy, trashy, kinky, and leather makes this movie/musical one of the most memorable out there.

I don't believe there's every been anything quite like this movie made before.

The Contenders
11 Lifehouse - The Who

This was never a real rock opera because the project was scrapped and made into Who's Next but you can hear on YouTube of what it would've been like and in my opinion, it would've been better than their number one album Who's Next! 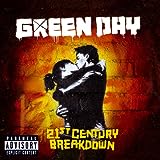 An even more modern version of Romeo & Juliet. Beautifully crafted, I love this album. 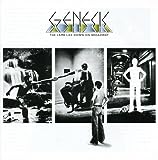 The story and the lyrics by Peter Gabriel are not easy to understand, but they are great.. And the music also amazing. "The lamb lies down...", "Carpet Crawlers", "The Lamia".. WOW!

15 The Black Parade - My Chemical Romance

A good album with lots of catchy songs, although I'm not entirely sure it's one of the best "rock operas" in that sense (the plot and characters aren't as expertly defined as, say, Tommy or American Idiot). Ignoring that part, the album's great

An album that shaped a generation of teens that felt left out in society. The Black Parade is an epic that was timely and effective.

I don't know wheather or not this is rock opera, but sure it's awesome concept album.

Very hard-rock type of score, yet so beautifully done in terms of plot. Pretty good.

I love rent. jonathan larson was amazing. such a story. such music. such a MESSAGE. anyone who doesn't like RENT is CRAZY. I love it.

The version by Michael Cerveris and Patti Lupone is grande in the best way possible. They renew this show into an gothic classic. You can still feel the emotions on this cd. The whole company played their own instruments - amazing!

Good, but not really a rock musical.

18 The Wake of Magellan - Savatage 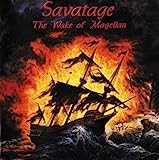 I don't disagree that Savatage deserves this spot. Why I am commenting is because Savatage did two other rock operas that are better than this one. Whereas Streets is my favorite and is inspirational beyond belief, musically, Dead Winter Dead is better and should be number one on this list. Covering a love story in the middle of the chaos during the fall of communism in Yugoslavia, it still strikes a chord with the people in Bosnia, even though it came out in 1995. Phenomenal!

Great album, great story, great lyrics. Very elaborate melodies, and, once more, a brilliant use of counterpoint in the vocals. It's very ambitious, because there are a few different stories, but, somehow, in the end, they seem to complete each other, and you get the sensation they really should be told together.

I think the fragile is a little better, but this is still really good

One of the first and one of the best! 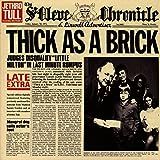 One of my favorite albums.

The double album that set a new standard in rock operas, with amazing songs that tell a state-of-the-art story.

Have to agree; this is a killer album. 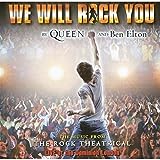 Some of the best ever Queen songs, with an insane plot-line thrown in! It couldn't get any better!

By far the best rock musical of all. Best music, best dialogue... SUPERB!

This will take you away if you let it... great